Austrian comedian, character actor and tenor Alexander Girardi (1850-1918) was famous for his roles in plays by Ferdinand Raimund as well as for his performance of comic roles in operettas by Johann Strauß, Karl Millöcker and Franz Lehar. The multitalent was also the first Austrian film star. 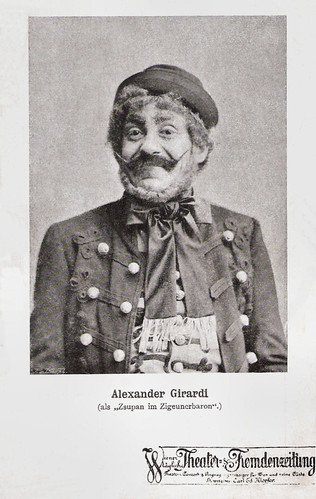 Austrian postcard by Carl Ed. Kopfer, Wien, presented with the Wiener Tägliche Theater- & Fremdenzeitung. Girardi as Kálmán Zsupán, a wealthy pig farmer of the Banat district, in the operetta Der Zigeunerbaron (The Gypsy Baron) by Johann Strauss. Girardi was a member of the cast of the original production which premiered at the Theater an der Wien on 24 October 1885. 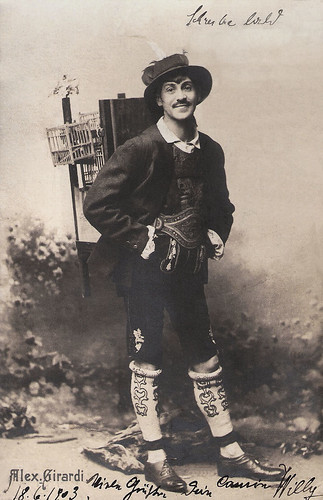 Austrian postcard by Julius Weisz, Wien, no. 123. Sent by mail in 1903. Girardi as the birdseller in the operetta Der Vogelhändler.

The Golden Age of the Vienna operetta


Alexander Girardi was born in Graz in 1850. His father was the locksmith Andreas Girardi who originated from Cortina d'Ampezzo. Following the early death of his father, Alexander was raised by his stepfather who put him into a locksmith apprenticeship.

Against his stepfather's wishes, he joined the amateur theatre Die Tonhalle, where his acting talent was discovered. This led to an engagement at the Vienna Strampfer-Theater.

In 1874 Girardi moved to the Theater an der Wien, where he continued to work for 22 years. In 1896-1897 he worked at the Carltheater and then two years at the Volkstheater in Vienna. He also had guest appearances at other important theatres in Vienna and toured Germany (Berlin, Hamburg, Dresden).

One of his most renowned roles was Valentin in Ferdinand Raimund's Der Verschwender (The Spendthrift). Particularly his rendition of the evergreen Das Hobellied, with music by Conradin Kreutzer, is famous in Austria. He worked in the tradition of Ferdinand Raimund and Johann Nestroy. 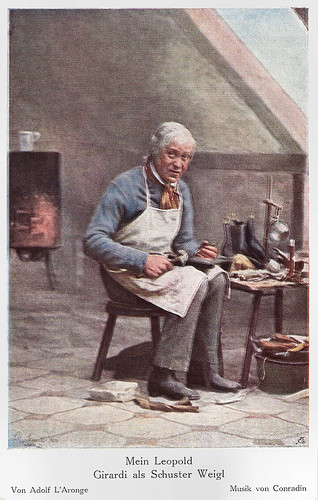 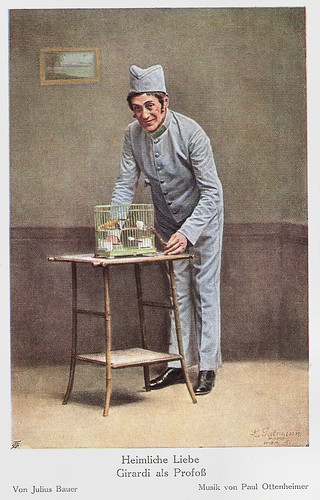 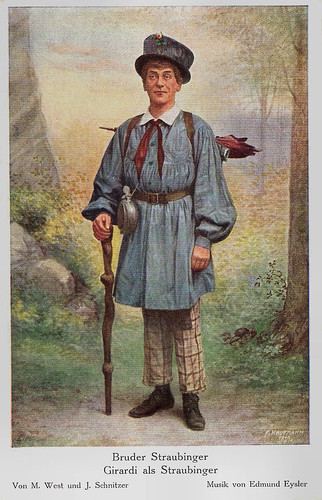 Put into a mental asylum


Between 1893 till 1896, Alexander Girardi was unhappily married to actress Helene Odilon. Odilon had many affairs and had Girardi committed in a mental asylum based on a certificate by Julius Wagner-Jauregg, who had not even seen Girardi. The actress Katharina Schratt persuaded Emperor Franz Joseph to release Girardi.

Because of his huge popularity the cinema called and his film debut was Fiakerlied (1908). Another early silent film was Wann der Auerhahn balzt (1911). There was also a film version of Der Verschwender, Der Millionenonkel/The Spendthrift (Hubert Marischka, 1913).

At the beginning of World War I Alexander Girardi retired and returned to his birthplace Graz. Two months before his death in 1918, he was called to the Burgtheater in Vienna to play the role of Fortunatus Wurzel in Ferdinand Raimund's Der Bauer als Millionär (The Peasant as a Millionaire).

Aged 67, Alexander Girardi died in 1918 in Vienna. He is buried at the Vienna Zentralfriedhof. After his marriage to actress Helene Odilon, he was married to Eugenie Latinovics de Borsód from 1898 till his death.

Girardi's life was the subject of the film Der Komödiant von Wien/The Comedian of Vienna (Karl Paryla, Karl Stanzl, 1954) with Karl Paryla playing Girardi. The dish Girardirostbraten (Girardi roast beef) is named after him – a beef dish heavily covered with bacon and button mushrooms. His favourite hat style, a straw hat with flat crown and brim (a boater), became popular as the Girardi Hat. The city of Graz and the Vienna Mariahilf district have a Girardigasse (Girardi Lane) and there is a Girardipark in the district Innere Stadt. The Alexander Girardi International Singing Competition in Coburg is also named after him. 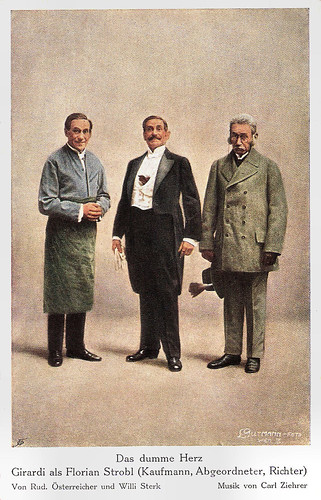 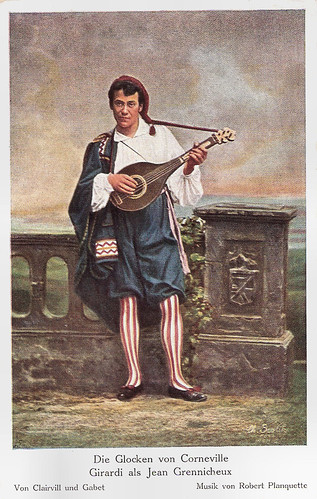 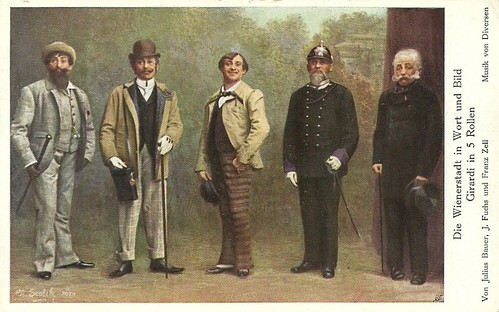