Evelyn Holt (1908-2001) was a highly popular German film actress in the late silent and the early sound era. The rise of the Nazis finished her blossoming film career. 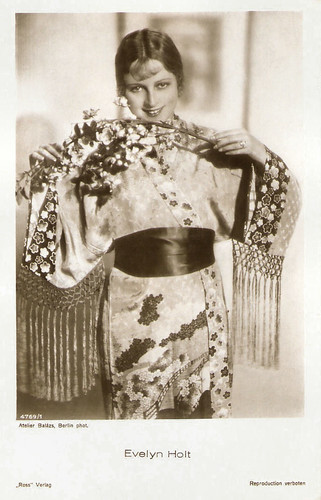 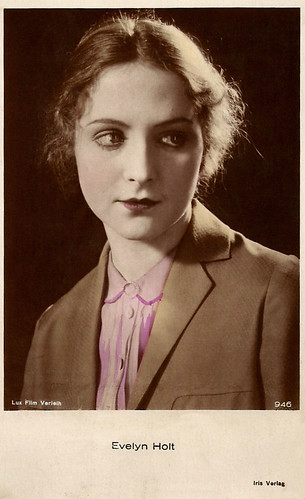 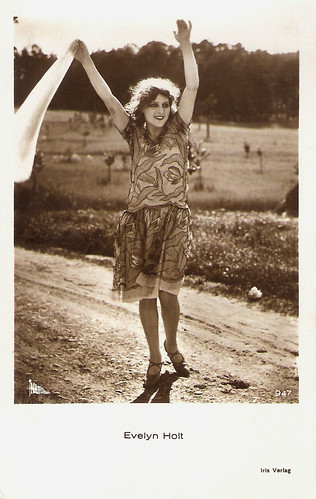 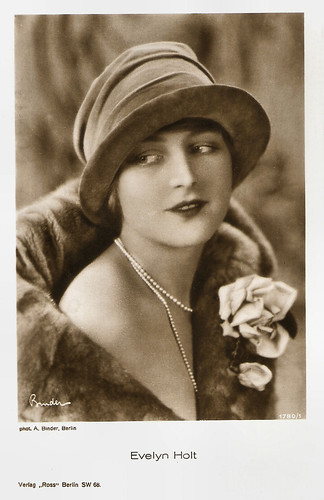 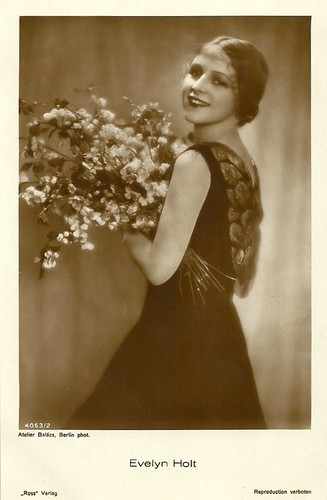 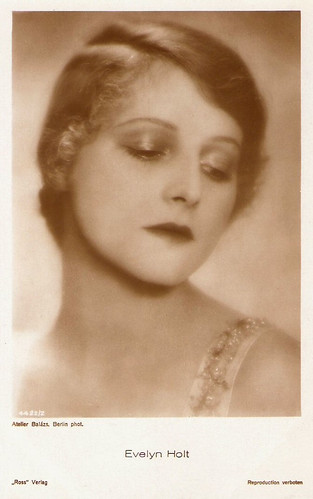 Evelyn Holt was born as Evelyn Sklarz in Berlin in 1908. She was the daughter of a journalist.

Holt started her film career at UFA even before turning 20. The very attractive girl soon became the star of many German films of the late silent era, and was soon paired with famous actors like Hans Albers.

In the crime film Spitzen/Have an eye (Holger-Madsen, 1926) starring Elisabeth Pinajeff, she still had a secondary part. 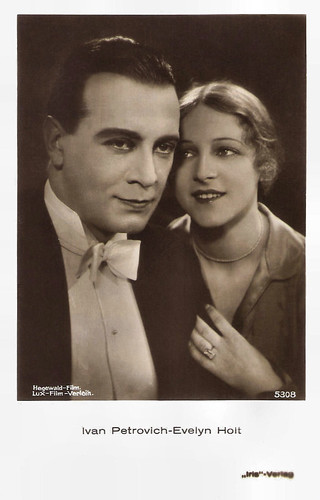 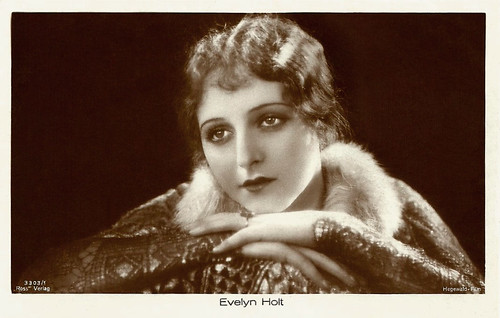 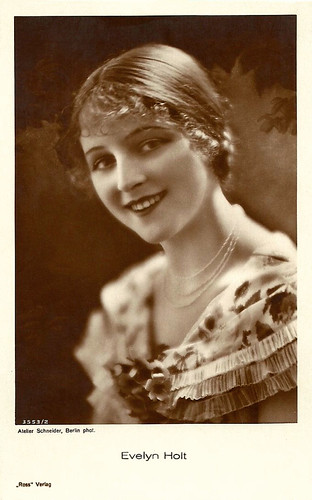 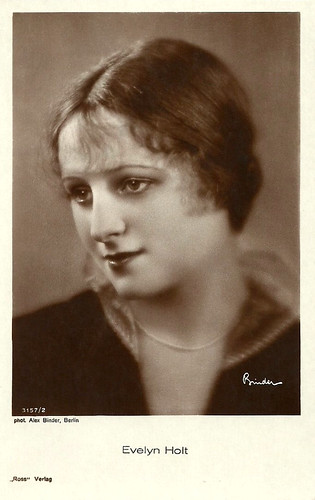 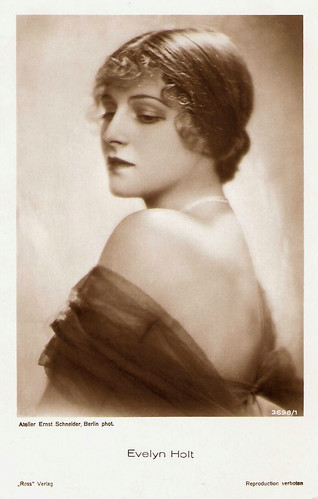 Namensheirat/Marriage in Name Only (Heinz Paul, 1930) was scripted by former silent film star Hella Moja. Holt played the lead, and there were many other silent stars in the cast, including Oscar Marion, Grit Haid, Walter Rilla, Hans Mierendorff and Ida Wüst.

Holt again played the lead in Eine Stunde Glück/An Hour of Happiness (1931), directed by former silent star Wilhelm Dieterle, who soon after would pursue a career as director in the US under the name of William Dieterle. He also played the male lead in Eine Stunde Glück. Das Ekel/The Scoundrel (Eugen Schüfftan, Franz Wenzler, 1931) was a comedy on a working day in Berlin.

In 1933 she also did a commercial for Sanella. After singing lessons Holt was engaged as soubrette at the Große Schauspielhaus in Berlin in 1931.

After only six successful years, Adolf Hitler’s coming to power in 1933, abruptly ended her profession as film actress. The reason: her original name looked too Jewish. She managed to survive by a career as soubrette at the Komische Oper in Berlin, but when she married the Jewish publisher Felix Guggenheim in 1936, her stage career was halted as well.

In 1938 the couple emigrated first to Switzerland, then in 1940 to Britain, and finally to the US. There Felix Guggenheim became the Exil literature publisher of authors such as Thomas Mann, Franz Werfel, Lion Feuchtwanger and Alfred Döblin. Evelyn Holt stayed in the US until her death in Los Angeles in 2001, but she never performed in a film again. 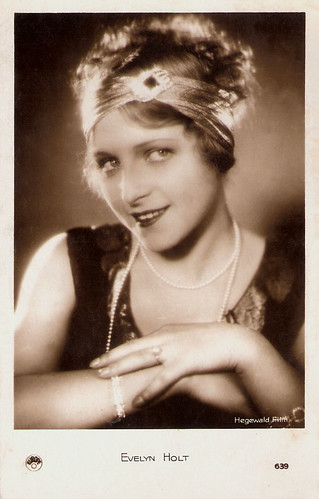 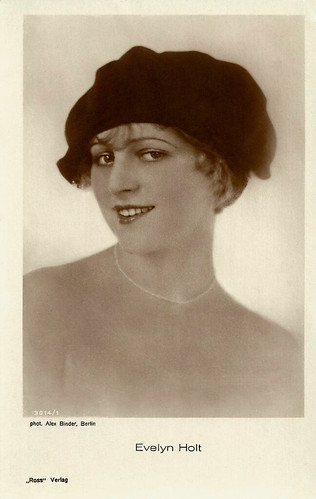 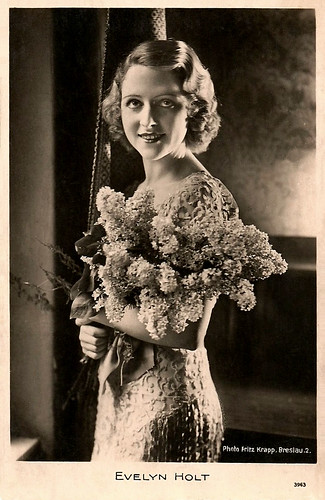 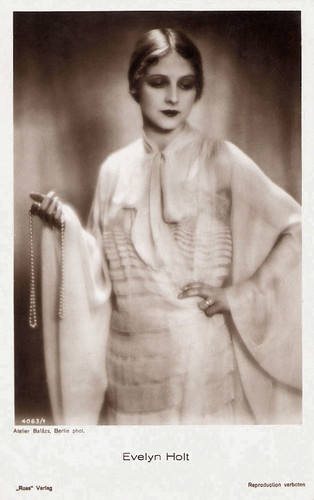 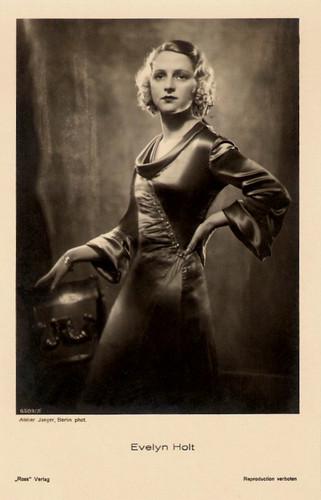 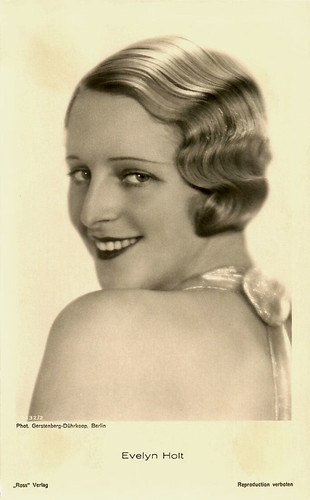 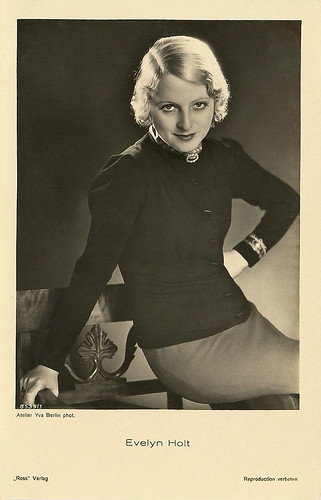