On 17 June 2017, German actress Anneliese Uhlig passed away at the age of 98. She was an elegant and enchanting femme fatale of Ufa crime films of the 1940s. The classic beauty unwillingly bewitched Joseph Goebbels. After the war she also worked internationally as a journalist, theatre producer and university teacher. She became an American citizen and died in Santa Cruz in California. 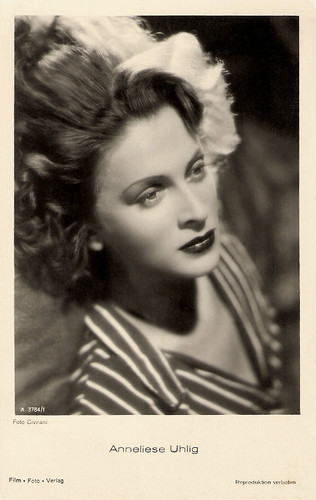 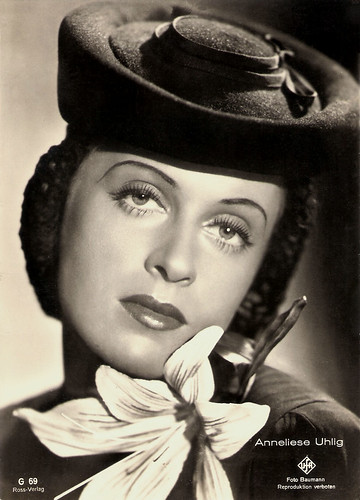 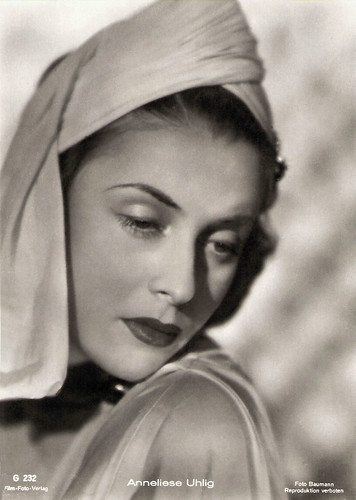 
Anneliese Uhlig was born in 1918 in Essen, Germany into an artistic family. Her mother was the opera singer Margarethe Maschmann, her father the stage actor Kurt Uhlig. After the divorce of her parents, she lived with her mother in Dortmund, Leipzig and Braunschweig.

In 1938 she made her stage debut at the Schillertheater in Berlin in a successful production of Der Richter von Zalamea (El alcalde de Zalamea/The Judge of Alamea) by Pedro Calderón de la Barca. At the side of Heinrich George she made a European tour with this production.

Next she played a nurse between two lieutenants in the propaganda film Blutsbrüderschaft/Blood Brotherhood (Philipp Lothar Mayring, 1940). She also performed for the German troops in Holland, France, Poland and Russia.

In 1942 she had a conflict with propaganda minister Joseph Goebbels . Reportedly she said 'no' to his avances and he replied: "This way you won't have a career". And she was dismissed by the German studios.

Her friend Maria Cebotari invited her to come to Italy where she took part in five films, including Don Cesare di Bazan/Don Cesar of Bazan (Riccardo Freda, 1942) with Gino Cervi, and La Fornarina (Enrico Guazzoni, 1944) with Lida Baarová.

She was ordered to return to Germany in 1943 to perform for the troops. She continued her film career with Der Majoratsherr/The Heir (Hans Deppe, 1944) with Willy Birgel, and the marriage drama Solistin Anna Alt/Soloist Anna Alt (Werner Klingler, 1945). She also worked as a translator for Mussolini family. when they stayed at a Bavarian castle.

The romantic comedy Das Mädchen Juanita/The Girl Juanita (Wolfgang Staudte, 1945) could not be finished in 1945 because of the end of World War II. Later, it was edited with material from the archives and released in West Germany in 1952. 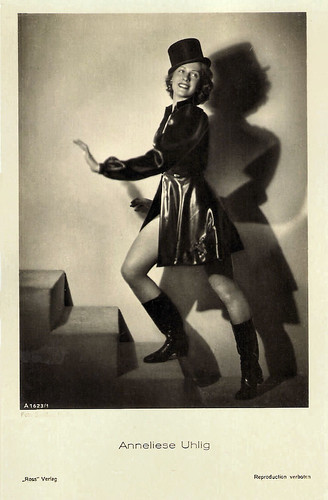 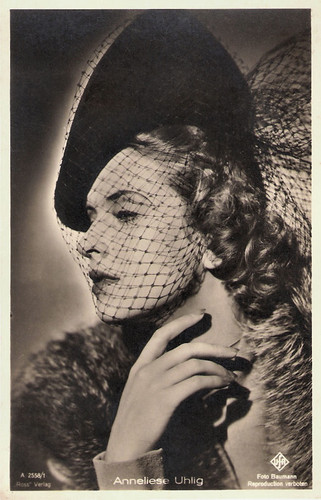 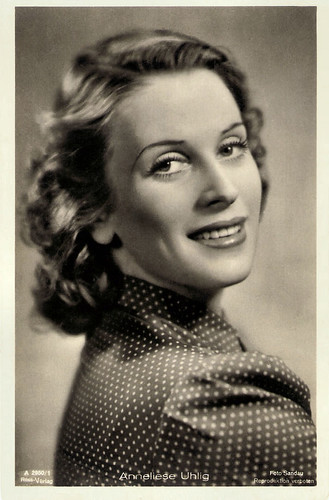 
After the war Anneliese Uhlig married American lieutenant and art historian Douglas B. Tucker and worked as a director and producer for the US Special Service in Salzburg.

From 1946 to 1967 she was a foreign correspondent in Italy, Austria and the USA. She also wrote political articles for different German and American newspapers. In 1948 she moved to the USA where she later got the American nationality.

After that she took another break from the cinema and worked as a newspaper editor and theatre producer in Alexandria, Virginia, and from 1963 till 1965 as a university teacher German and Drama in Bangkok, Thailand.

She continued her acting career in Germany in the 1970s and appeared on stage and TV. To her TV films belong the Wilkie Collins adaptation Der Monddiamant/The Moonstone (Wilhelm Semmelroth, 1974) with Paul Dahlke and Theo Lingen, Es gibt noch Haselnusssträucher/Hazels (Vojtech Jasny, 1983) with Heinz Rühmann and Katharina Böhm, and Coming Home (Giles Foster, 1998) with Peter O’Toole and Joanna Lumley.

Anneliese Uhlig had a son, Peter, from her first marriage to actor Kurt Waitzmann. Her second husband Douglas B. Tucker had passed away in 2009 and her son Peter in 2013. They lived in Santa Cruz, California, where Anneliese Uhlig died on 17 June 2017.

Annelies Uhlig published a few books, including the autobiography Rosenkavaliers Kind: Eine Frau und drei Karrieren (The Child of the Rosenkavalier - one woman and three careers). Rosemarie Killius in Frankfurter Allgemeine: "A readable work of contemporary history which surpasses anything else one can find of actor biographies on the market." 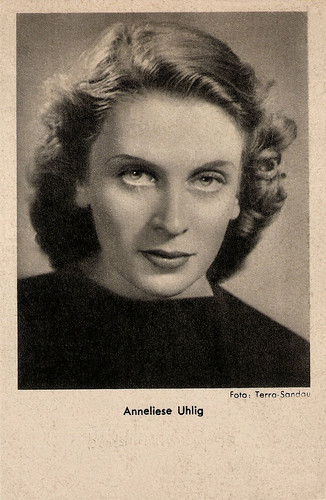 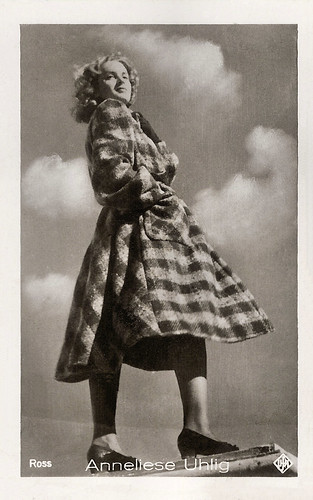 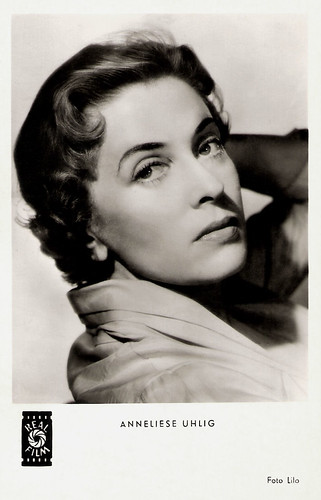