French actress Nicole Besnard died on 20 August 2017. She appeared in several French films of the 1950s, including the classic La Beauté du diable (1950) by René Clair. 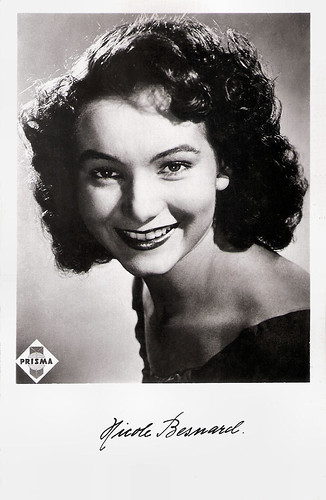 Beauty and the Devil


Nicole Suzanne Fernande Besnard was born in 1928 in Grenoble, France. After spending part of her childhood in Grenoble, her family moved to Paris during the war.

She became a student of Beatrix Dussane at the Conservatory of dramatic art of Paris. Besnard also entered at the Cours Simon.

She made her film debut in the girls reformatory drama Au royaume des cieux/The Sinners (Julien Duvivier, 1949) with Serge Reggiani. 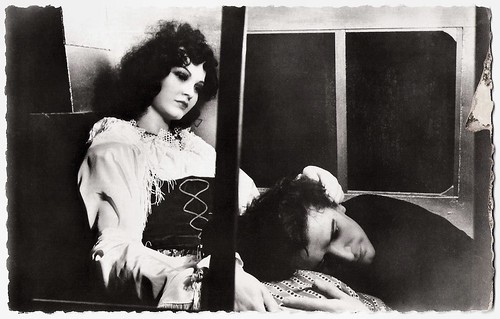 
In 1958, Nicole Besnard abandoned the cinema and the theatre to devote herself to her passion for antique furniture.

Her final film was the filmed operetta L'Auberge en folie/The inn gone mad (Pierre Chevalier, 1957) with Basque singer Rudi Hirigoyen and Geneviève Kervine. Besnard only had a small supporting part in it.

Besnard went to work for an antique dealer in Paris. She had a daughter, Brigitte, with Ole Fredrik Christian Bornemann, a lawyer, journalist and author of detective novels.

Nicole Besnard died of lung problems in Porspoder in Britany, where she had lived the past 15 years, to be close to her daughter. She was 89. 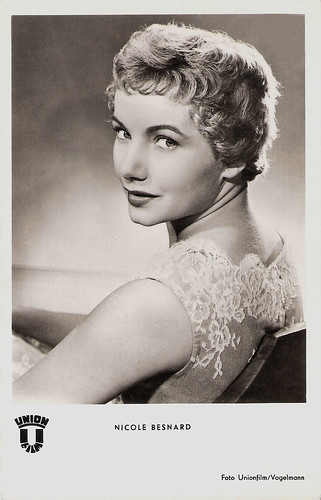