It's sad to read that Erika Remberg passed away last week, on 10 November 2017. Long ago we saw the beautiful Austrian film actress in the tearjerker Laila/Make Way for Lila (Rolf Husberg, 1958), as a foundling who is adopted and raised by a Lapland chieftain. Remberg appeared in 31 films between 1950 and 1970, but we want to remember her as lovely Laila. 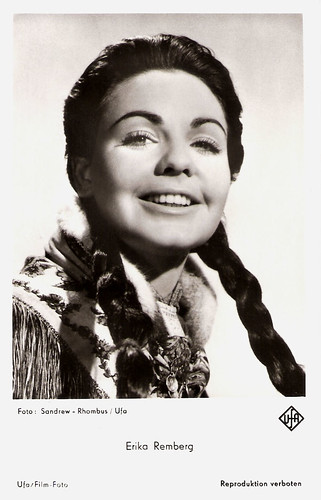 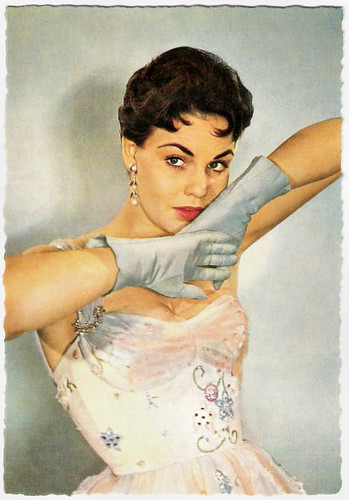 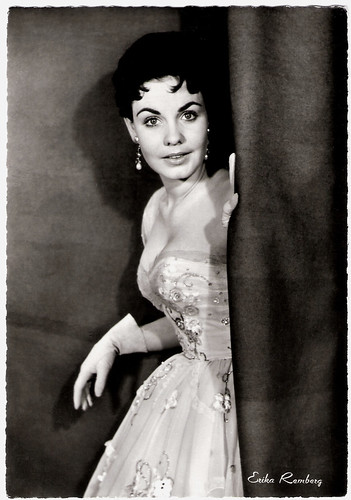 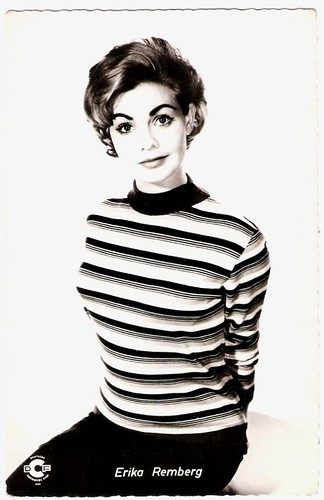 Erika Remberg was born Erika Crobath in 1932 in Medan, on the island of Sumatra in the Dutch Indies (now Indonesia). She was the daughter of a tobacco planter. The family returned to Austria during the Second World War.

Erika visited a gymnasium in Innsbruck and there she had her first stage experiences as an amateur actress. After some acting classes and small engagements she worked for the Exl-Bühne in Innsbruck.

There she met Austrian actor Walter Reyer and they married in 1950. That same year their daughter Veronika was born.

In 1950 she also made her film debut in the drama Der Geigenmacher von Mittenwald/The violin maker from Mittenwald (Rudolf Schündler, 1950) with Paul Richter.

As the leading lady, she first appeared in the title role of the Turkish production Nilgün (Münir Hayri Egeli, 1954). 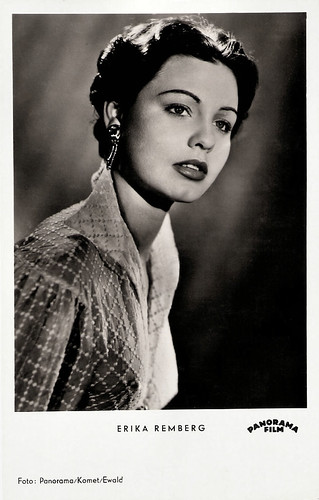 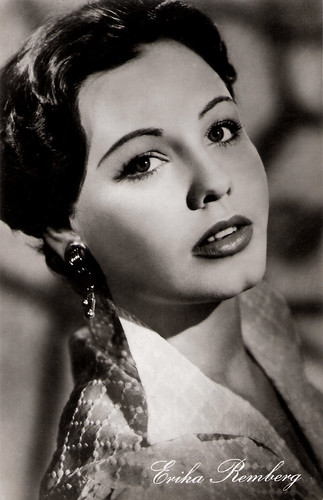 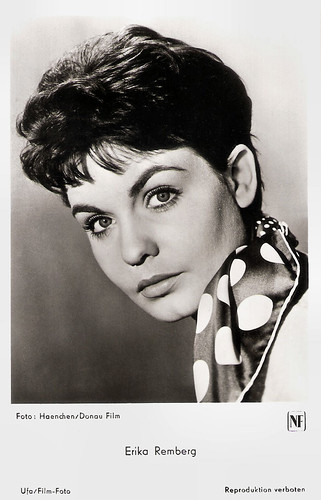 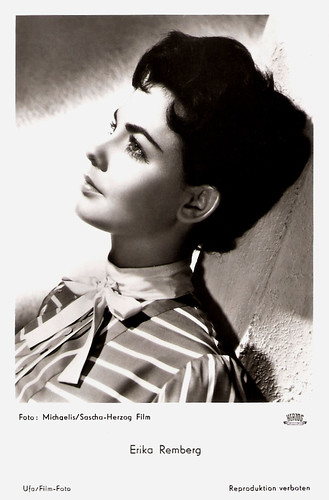 After the Exl-Bühne stopped, Erika Remberg focused completely on the cinema. She became the life partner of the German film actor Klaus Kinski in 1955 and soon she became a star of the German cinema of the late 1950s.

Most of these films were not very interesting artistically, but commercially they were successes. Her biggest hit was the Swedish-German co-production Laila/Make Way for Lila (Rolf Husberg, 1958).

It was the third film version of the tale of Laila, a foundling who is adopted and raised by a Lapland chieftain. Growing to maturity in the frozen Northlands, Laila enjoys an adventuresome existence. Obedient to her adoptive parents, Lila is prepared to settle down and marry the man of their choice - until she falls in love with handsome Joachim Hansen.

Hal Erickson at AllMovie: “Lively ‘mountain drama’ (…) evocatively photographed by Sven Nykvist”. Nykvist was the director of photography of many Ingmar Bergman films. 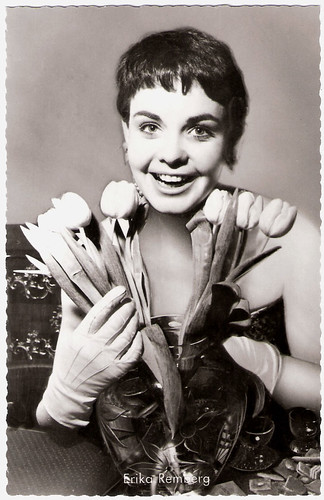 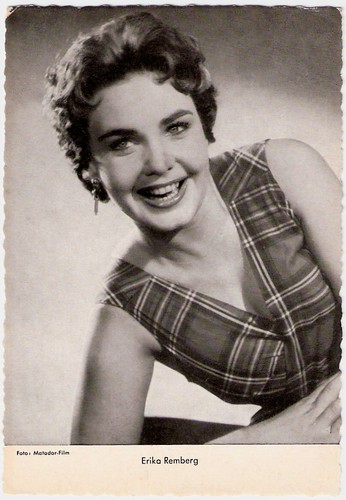 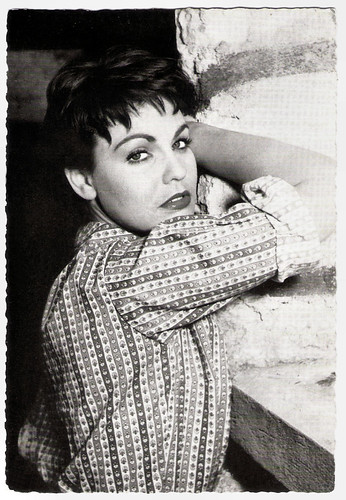 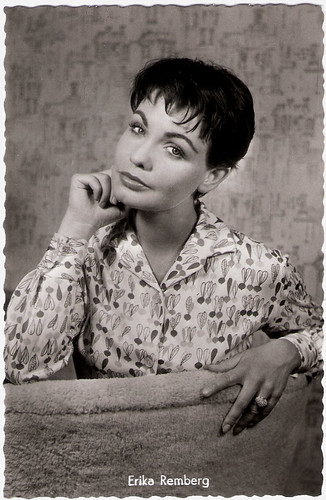 In the 1960s, during the decline of the German cinema, Erika Remberg worked often internationally. In 1960 she starred in the Mexican thriller Verano violento/Violent Summer (Alfonso Corona Blake, 1960) opposite Pedro Armendariz. One of her other co-stars was Gustavo Rojo, whom she later married.

Circus of Horrors was the third of a series of creepy films from Amalgamated Studios focusing on sadism, cruelty and violence (with sexual undertones). The film details the twisted practises of a deranged German plastic surgeon (Anton Diffring) who hides out in France after mutilating a patient and begins his work anew under an assumed name, travelling with a circus troupe. The previous films in the trilogy were Horrors of the Black Museum and Peeping Tom, both in 1959.

During the 1960s, Erika Remberg mainly appeared on TV. In the cinema she played supporting parts in mediocre fare like the vampire film Der Fluch der grünen Augen/Cave of the Living Dead (Ákos Ráthonyi, 1964) with Adrian Hoven, and the drama À belles dents/Living it Up (Pierre Gaspard-Huit, 1966) starring Mireille Darc.

In the USA, The Lickerish Quartet received critical praise upon its release by many critics, including Andy Warhol and Vincent Canby as being one of the first films with graphic sex to have Hollywood-like production values.

Somewhere in the mid-1970s, she said the cinema and the stage farewell. In 1981 she wrote the novel Steckbriefe/Profiles, that was adapted into a TV series.

After this Erika Remberg retired completely and married film director Sidney Hayers, with whom she had made Circus of Horrors in 1960. They lived together in Altea, Spain, where Hayers died of cancer in 2000. 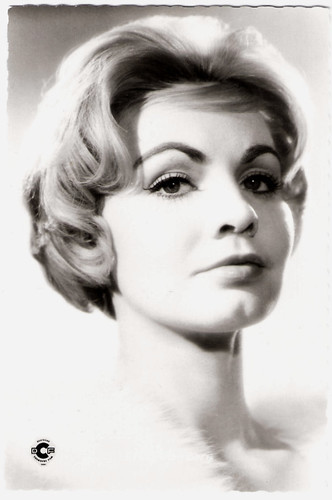 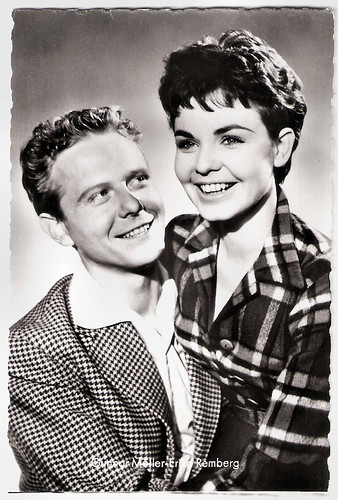 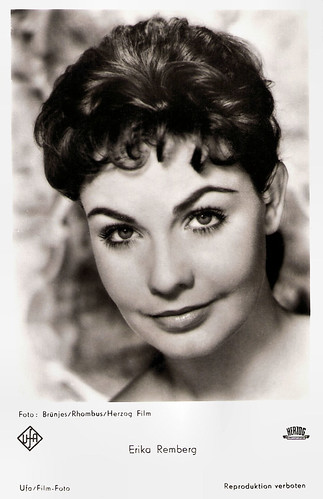 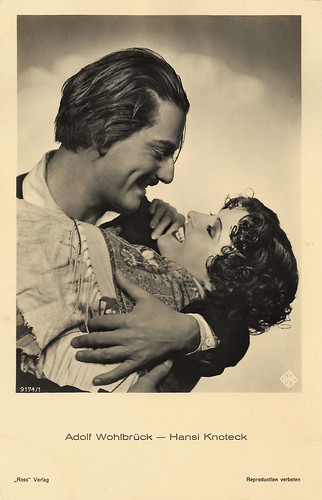 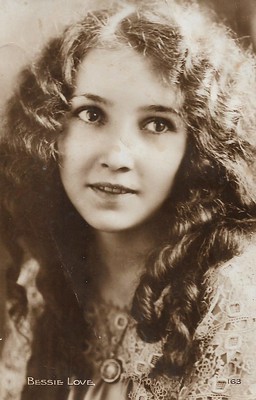