French actor Georges Charlia (1894–1984) played in 22 silent and sound films. He worked with such famous directors of the French avant-garde cinema as Germaine Dulac, Jean Epstein and Alberto Cavalcanti. 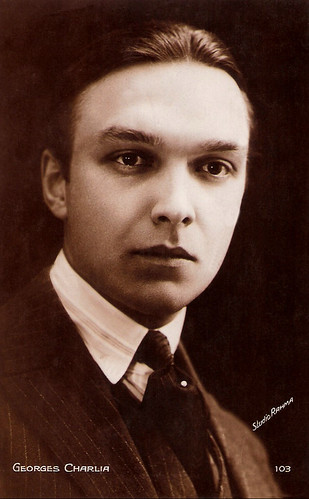 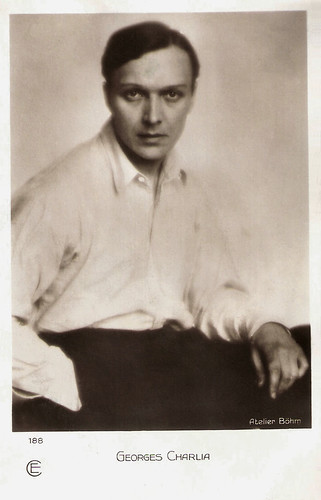 He made his film debut in Germaine Dulac’s silent film Gossette (1923) with Régine Bouet. Then followed a part in another classic of the silent cinema, La belle Nivernaise/The Beauty from Nivernais (Jean Epstein, 1924) with Blanche Montel.

Le train sans yeux/Train Without Eyes (Alberto Cavalcanti, 1927) was a Louis Delluc adaptation in which he co-starred with Hans Mierendorff, Gina Manès and Hanni Weisse.

He also appeared in Alberto Cavalcanti’s drama En rade/Sea Fever (Alberto Cavalcanti, 1928). At AllMovie, Hal Erickson reviews: “Catherine Hessling, better known to film enthusiasts for her work in the early Jean Renoir silents, stars as a seaport barmaid who falls in love with sweet-natured sailor Georges Charlia. When Charlia unaccountably disappears one day, Hessling is plunged into the depths of melancholia. Her sad story is counterpointed with the bizarre behavior of the local laundress' lazy, near-moronic son (Philippe Heriat), who dreams of a life at sea. Although well photographed on genuine locations, Sea Fever proved confusing to many non-French filmgoers.”

One of his last silent films was Prix de beauté/Beauty Prize (Augusto Genina, 1930) in which he was the lover and murderer of Louise Brooks. 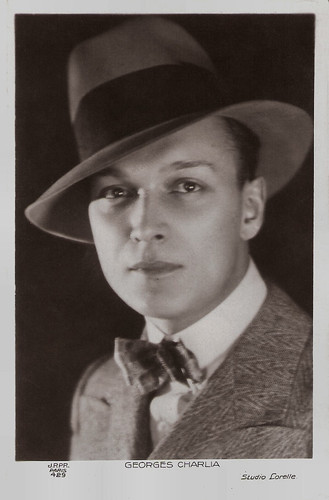 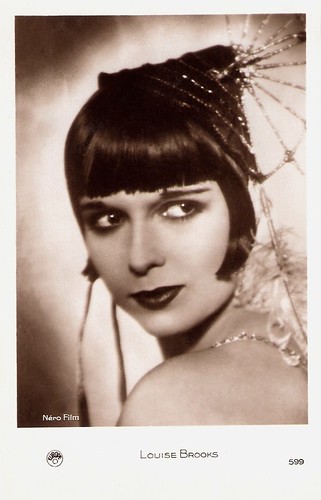 Trapped in a Cave


George Charlia made the transition to sound film with Vacances/Holidays (Robert Boudrioz, 1931) with Florelle and Lucien Gallas.

In Germany, Charlia played a supporting part in the classic anti-war drama Kameradschaft/Comradeship (Georg Wilhelm Pabst, 1931). Hal Erickson at AllMovie: “Kameradschaft is set in a mining community on the French/German frontier, where several French miners are trapped in a cave-in. Their only hope for rescue lies in a long-abandoned underground tunnel, buried since the First World War. Ignoring the ethnic and political differences that have long separated the two countries, a group of German miners pick their way through the old tunnel to save the entombed Frenchmen. (…) Ironically, the German public, whose decency and humanity is celebrated in Kameradschaft, tended to avoid the film.”

Why his film career stopped then after only ten years is not clear. Wasn’t his voice sound proof? Did he loose his interest for the cinema after the silent avant-garde cinema had dwindled away?

We only know that Georges Charlia died in 1984, in his hometown Paris. He was 89.