Danish actress Ann Smyrner (1934-2016) was the glamorous star of more than 50 European B-films of the 1950s and 1960s. The blonde sex bomb spent most of her screen career in Germany. After appearing in several sex comedies, she retired and started to study theology. 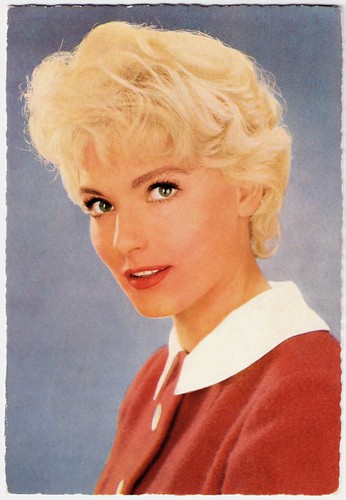 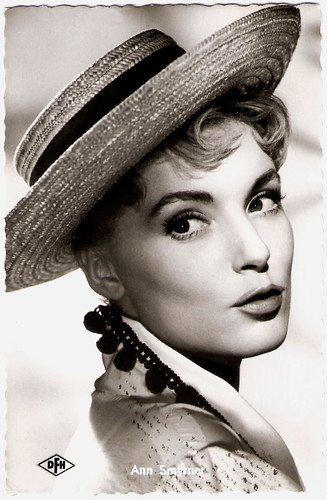 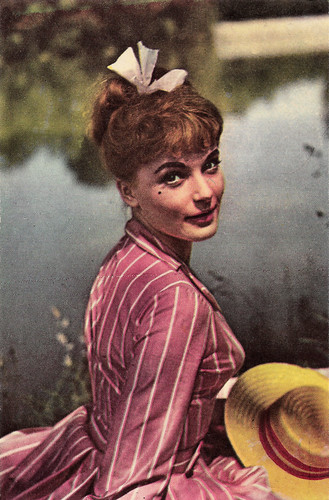 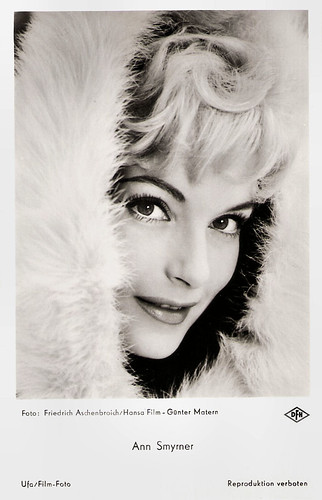 The Best BAD Movie Ever Made


Hanne Smyrner was born in 1934 in Frederiksborg, Denmark. Her father, Poul Smyrner, was one of the leading actors of the Det Kongelige Teater (The Royal Danish Theatre in Copenhagen) and had an acting school in Aarhus, the second-largest city in Denmark. Her mother, Gerd Henriette Poulsen, was a concert singer.

Hanne attended the acting school in Aarhus in 1955 and 1956 and started her career in the Theatre of Aarhus. At 22, she went to Munich. In Germany, she made her film debut in Von Allen Geliebt/Of All Loved (Paul Verhoeven, 1957) with Magda Schneider and Johannes Heesters. It was filmed at the Bendestorf studios near Hamburg.

That same year, she was chosen among a thousand girls to play the title role opposite Adrian Hoven in the crime comedy Lilli - ein Mädchen aus der Großstadt/Lilli – a Girl from the Big City (Hermann Leitner, 1958), based on a comic strip from the boulevard daily Bild. She was presented as a blonde sex bomb in this film, and that image stuck with her.

Next she was the threat to the love interest of Caterina Valente in Hier bin ich, hier bleib' ich/Here I Am, Here I Stay (Werner Jacobs, 1959), a Schlagerfilm with a guest appearance of Bill Haley and His Comets.

In 1960, she became the female lead in the American-Danish Monster film Reptilicus (Poul Bang, Sidney W. Pink, 1961), when actress Nora Hayden refused second billing and walked out on the production. This curious Fantasy film by American director Sidney W. Pink about the regeneration of a prehistoric reptile was shot in the botanical garden of Copenhagen. According to the reviewer at IMDb, Reptilicus is "without a doubt the best BAD movie ever made".

Smyrner appeared in another Fantasy epic by Pink, Journey to the Seventh Planet (1962), starring John Agar. She played one of her better roles as a woman in love in the Austrian 'Sachtertorte' Romanze in Venedig/Romance in Venice (Eduard von Borsody, 1962) with Walter Reyer. 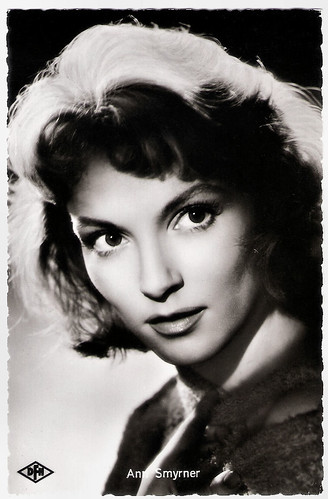 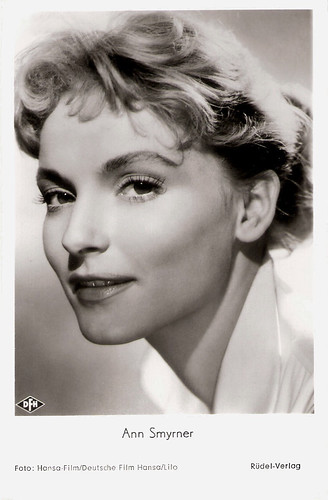 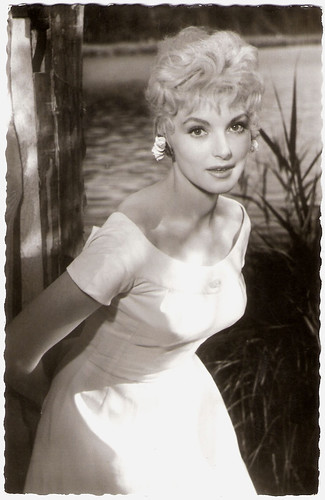 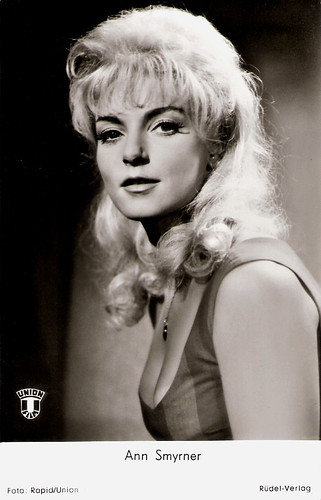 Heiress of a fortune

In 1964, she became heiress to a 4-5 Million DM fortune. She was on location in South Africa for her first British film, the detective Victim Five (Robert Lynn, 1964) starring Lex Barker again.

In 1968 she suffered a total breakdown on the Zurich-Rome express. Afterwards she was in a Danish hospital for six weeks.

Allegedly, she practiced witchcraft for 17 years until renouncing it in 1970. In 1972, Smyrner retired from the cinema and started to study theology. In the early 1990s she moved to Benalmadena, near Malaga, Spain, where she wrote articles and books about religious and esoteric subjects.

In 2016, Ann Smyrner passed away in Benalmadena at the age of 81. Her longtime companion was Danish journalist Ole Hansen. Smyrner is interred in Aarhus, Denmark. 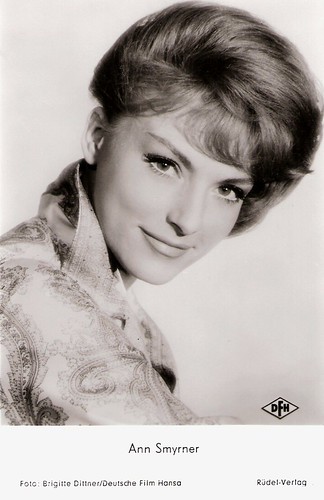 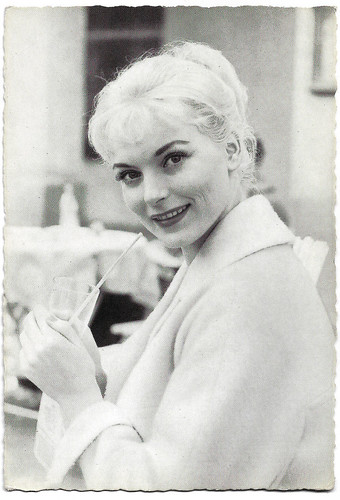 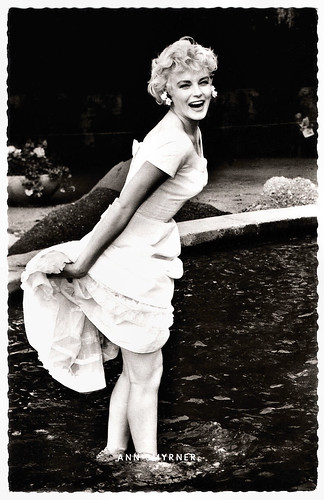 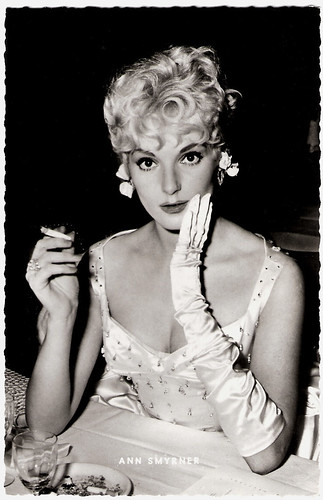 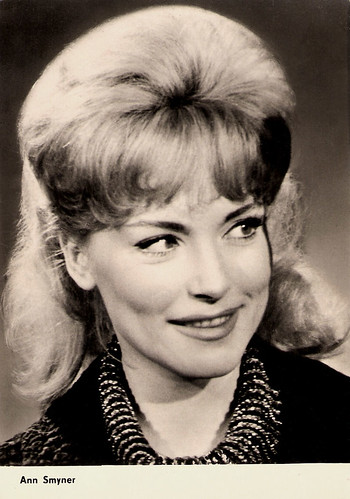