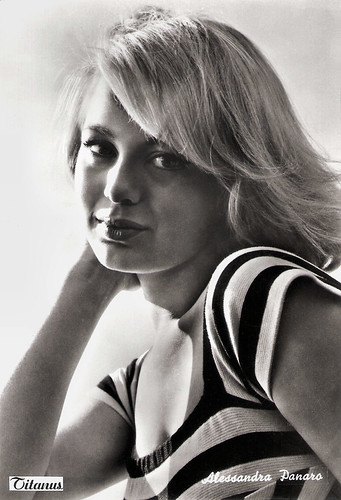 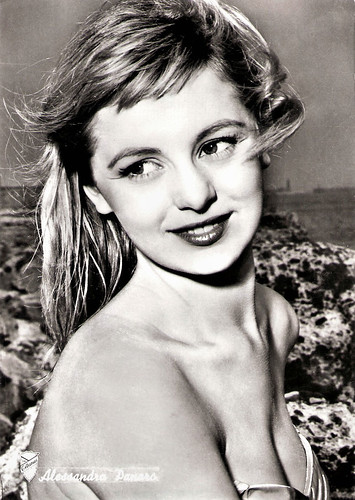 Italian postcard by Bromofoto, Milano, no. 1309. 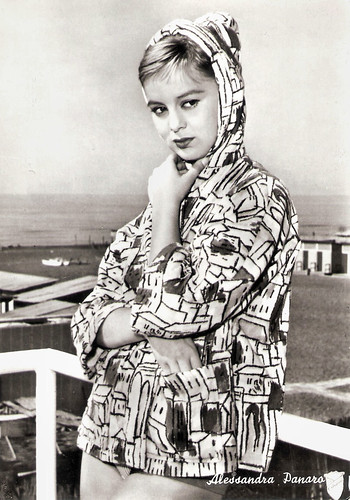 Italian postcard by Bromofoto, Milano, no. 1310.

One of her next films was the Italian drama Gli innamorati/Wild Love (1955) directed by Mauro Bolognini. The film, starring Antonella Lualdi and Franco Interlenghi, was entered into the 1956 Cannes Film Festival.

In a considerable number of romantic comedies she played the young love interest. Examples are the big hit Poveri ma belli/Girl in a Bikini (1956) and the sequels Belle ma povere/ Poor Girl, Pretty Girl (1957) and Poveri milionari (1959). All were directed by Dino Risi and starred Marisa Allasio, Maurizio Arena, Renato Salvatori, Lorella De Luca and Panaro.

On TV she co-hosted with Lorella De Luca the show Il Musichiere/The musicians in 1957. In 1957 she also played the leading role in the comedy Lazzarella by Carlo Ludovico Bragaglia, a film based on a popular song written by Domenico Modugno and Riccardo Pazzaglia. 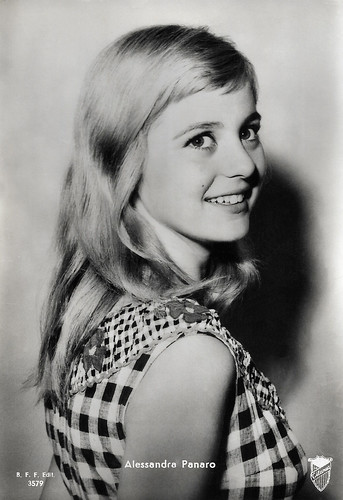 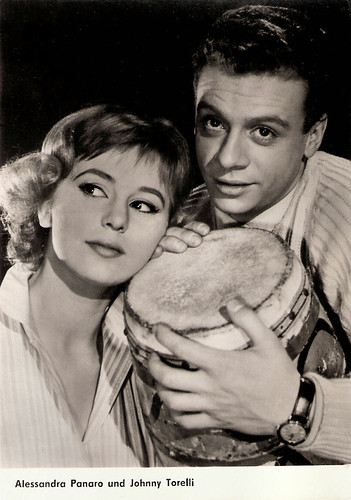 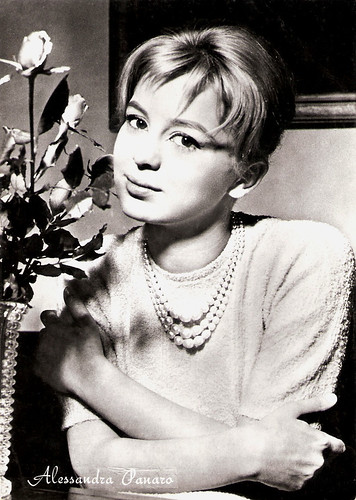 Italian postcard by Rotalfoto, Milano, no. 805.

Alessandra Panaro’s best known film is the beautiful drama Rocco e i suoi fratelli/Rocco and His Brothers (Luchino Visconti, 1960). Set in Milan, it tells the story of an immigrant family from the South, led to the industrial North by the matriarch (Katina Paxinou).

Presented in five distinct sections, the film weaves the story of Vincenzo (Spiros Fócas), Simone (Renato Salvatori), Rocco (Alain Delon), Ciro (Max Cartier) and Luca (Rocco Vidolazzi) as they struggle to adapt to life in the large and impersonal city of Milan.

In typical fashion for a director known for helping build Italian neo-realism, the film ends with no substantive resolution, but with clouds of doom hanging over the family. Panaro played Ciro’s fiancee Franca.

Elbert Ventura at AllMovie: “Painted with bold strokes and marked by inflamed passions, Rocco and His Brothers holds you in rapt attention despite its sprawling story. Visconti punctuates the Parondis' struggles with two harrowing scenes of ritualized violence that profoundly change the family and underscore the operatic determinism of Visconti's vision.

The movie's visceral intensity is matched only by the elegance and intelligence of the mise-en-scène, with its fine compositions, graceful camera moves, and evocative black-and-white cinematography. A work of overpowering power and stark beauty, Rocco and His Brothers stands as a vivid masterpiece from one of cinema's great artists.” 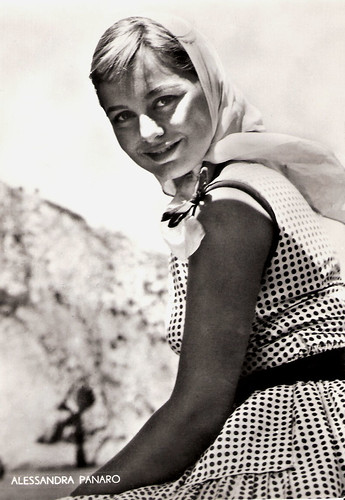 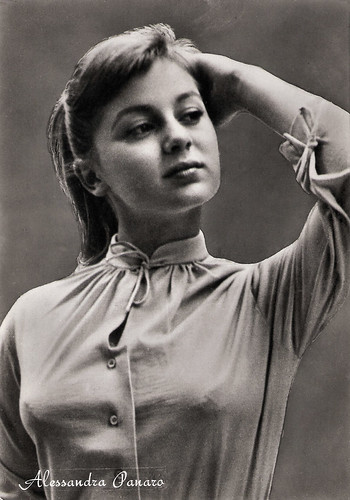 Italian postcard by Rotalfoto, Milano, no. 746. 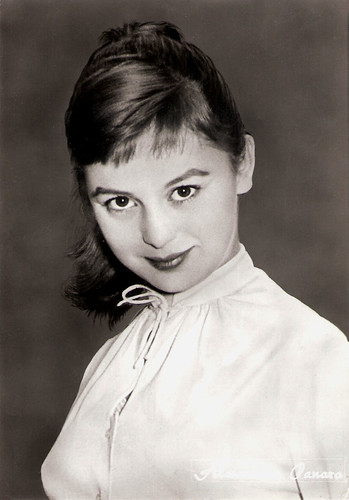 Italian postcard by Rotalphoto, Milano, no. 723.

In Germany she appeared in the Karl May Western Der Schatz der Azteken/The Treasure of the Aztecs (Robert Siodmak, 1965) with Lex Barker. One of her last films was the Spaghetti Western 30 Winchester per El Diablo/30 Winchesters for El Diablo (Gianfranco Baldanello, 1965) starring Carl Möhner.

After finishing her film career she returned to the screen with her old colleague Lorella de Luca in the film comedy La madama/The Madam (Duccio Tessari, 1976) starring Christian De Sica and Carole André.

33 years later she made another guest appearance in an episode of the Brazilian TV series A Grande Família/The Large Family (2009). Her final screen appearance was in the Italian film La notte è piccola per noi/The Night is Small for us (Gianfrancesco Lazotti, 2016) with Cristiana Capotondi and Philippe Leroy.

Panaro was married twice, first to Italian-Egyptian banker Jean-Pierre Sabet who died in 1983, and then to actor Giancarlo Sbragia, who died in 1994. Alessandra Pannaro passed away in Geneva, Switzerland. She was 79. 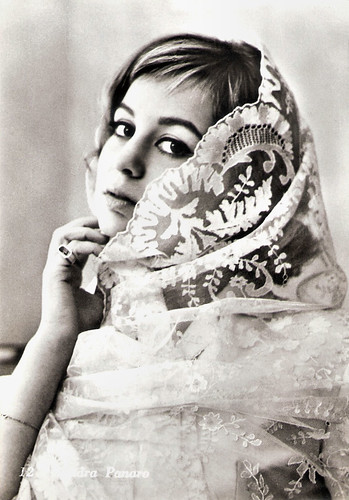 
Trailer for Rocco e i suoi fratelli/Rocco and His Brothers (1960). Source: Our Man In Havanna (YouTube).