Bruno Kastner was beloved as the elegant dandy and charming bonvivant of the German silent cinema. Das Herz des Casanova/The Heart of Casanova (Erik Lund, 1919) was one of the silent films on which his fame as a heartthrob was based. Ross Verlag made a series of sepia postcards for the film, of which we show four below. 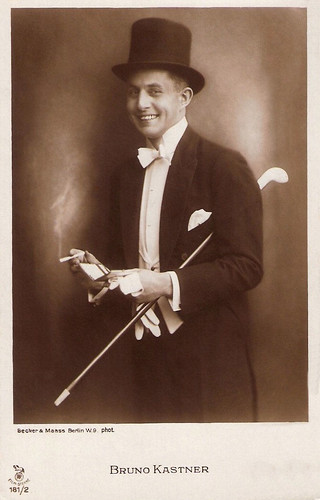 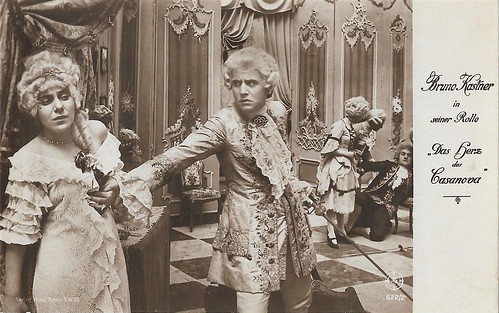 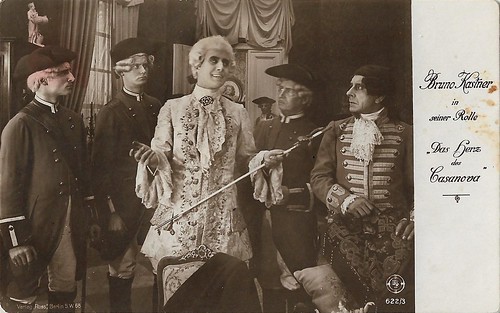 German postcard by Ross Verlag, no. 622/2. Photo: Ring-Film. Bruno Kastner in Das Herz des Casanova (Erik Lund, 1919). The actor on the right may be Karl Platen.


Bruno Kastner was discovered by Danish film diva Asta Nielsen. He made his film debut opposite her in the short comedy Engelein/Little Angel (Urban Gad, 1914), with Fred Immler and Hanns Kräly. He followed the success of this film with the sequel Engeleins Hochzeit/Little Angel's Wedding (Urban Gad, 1916).

Most men of his age were in the war, the demand for actors was bigger than the offer. Bruno Kastner was slim, good-looking, young - and unfit for military service. During the First World War, Kastner quickly became a matinee idol in Germany, especially popular with female fans. His picture decorated many bedside tables.

The German press commented on Kastner's rise to stardom and how vexed postmen were having to transport love letters from fans to Kastner in laundry baskets. Kastner cemented his romantic image by appearing as the ardent suitor to such popular actresses Dorrit Weixler, Lotte Neumann and Mia May in a number of films of the era.

Male filmgoers were less fond of Kastner's image of a handsome dandy and gave him the nickname 'Kleiderbügel' (coat hanger) - a reference to his slim build and fashionable wardrobe.

Bruno Kastner himself wrote the screenplay for Das Herz des Casanova, together with Erich Rennspies. It was one of the four films that he would star in and for which he would write the script. The others were Nur ein Diener/Only a Servant, Der letzte Sonnensohn/The Last Sun Son and Der Weltmeister/The World Champion. All were directed and produced by Erik Lund (pseudonym for director-producer Manfred Liebenau) for the Berlin-based firm Ring-Film and were released in 1919.

His co-stars in Das Herz des Casanova/The Heart of Casanova (Erik Lund, 1919) were Ria Jende, Rosa Lichtenstein and Karl Platen. Not much else is known about the film, except that the sets were created by Siegfried Wroblewsky and that Curt Courant was behind the camera. 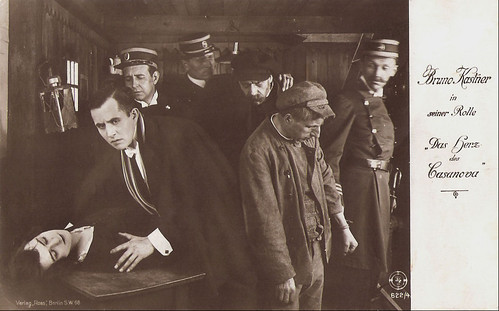 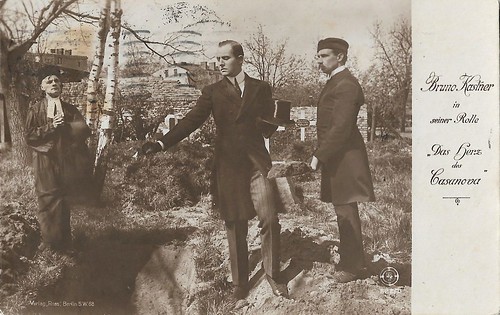