American actress Diane Lane (1965) started her film career opposite Laurence Olivier at age 13. She appeared in Francis Coppola's cult classics Rumble Fish (1983) and The Outsiders (1983) and the gangster epic The Cotton Club (1984). She had her breakthrough with The Perfect Storm (2000) and Unfaithful (2002) opposite Richard Gere and since then appeared in several blockbusters including Man of Steel (2013). 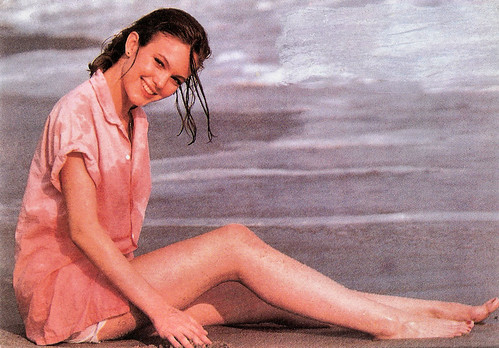 Diane Lane was born in 1965, in New York. She is the daughter of acting coach Burton Eugene 'Burt' Lane and nightclub singer/centrefold Colleen Farrington. Her parents' families were both from the state of Georgia.

Diane was acting from a very young age and made her stage debut at the age of six. Her work in such acclaimed theatre productions as 'The Cherry Orchard' and 'Medea' led to her being called to Hollywood.

She was 13 when she was cast by director George Roy Hill in his wonderful film A Little Romance (1979), opposite Sir Laurence Olivier. The film only did so-so commercially, but Olivier praised his young co-star, calling her "the new Grace Kelly".

After her well-received debut, Diane found herself on magazine covers all over the world, including Time, which declared her the "new young acting sensation". However, things quietened down a bit when she found herself in such critical and financial flops as Touched by Love (Gus Trikonis, 1980), Cattle Annie and Little Britches (Lamont Johnson, 1981), Movie Madness (Bob Giraldi, Henry Jaglom, 1982), and, most unmemorably, Six Pack (Daniel Petrie, 1982), starring Kenny Rogers. All failed to set her career on fire.

She also made several TV movies during this period, but it was in 1983 that she finally began to fulfil the promise of stardom that had earlier been predicted for her. Francis (Ford) Coppola took note of Diane's appeal and cast her in two youth-oriented films based on S.E. Hinton novels: Rumble Fish (1983) and The Outsiders (1983), which have become cult classics.

The industry was now taking notice of Diane Lane, and she soon secured lead roles in three big-budget studio epics. She turned down the first, Splash (Ron Howard, 1984) which was a surprise hit for Daryl Hannah. Unfortunately, the other two were critical and box-office bombs: Walter Hill's glossy rock 'n' roll fable Streets of Fire (1984) was not the huge summer success that many had thought it would be, and the troubled Coppola epic The Cotton Club (Francis Coppola, 1984) co-starring Richard Gere was also a high-profile flop.

Unhappy with the direction her career was taking, she 'retired' from the film business at age 19, saying that she had forgotten what she had started acting for. She stayed away from the screen for the next three years. Ironically, the two films that were the main causes of her 'retirement' have since grown in popularity, and Streets of Fire especially seems to have found the kind of audience it couldn't get when it was first released. 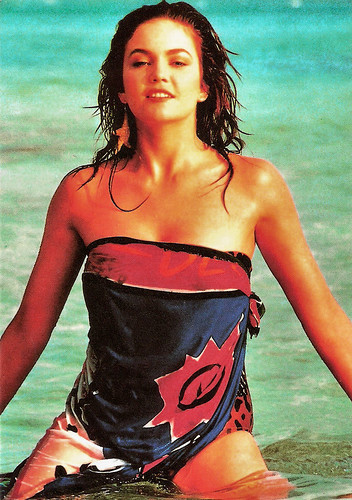 After her interval, Diane Lane started to rebuild her career slowly. First came the obscure, sexy thriller Lady Beware (Karen Arthur, 1987), followed by the critically acclaimed but little seen The Big Town (Ben Bolt, 1987) with Matt Dillon and Tommy Lee Jones. In the former, Lane plays a very mysterious and sexy stripper and her memorable strip sequence is a highlight of the film.

Despite her new, sexy on-screen image, it wasn't until the TV mini-series Lonesome Dove (Simon Wincer, 1989) with Robert Duvall, that Diane made another big impression on a sizable audience. Her performance in the smash hit Western epic as a vulnerable 'whore with a heart' won her an Emmy nomination.

However, these films still did not quite make Diane a 'big-name star' and, by 1997, she was back in smaller, personal projects. Her next role as a frustrated 1960s housewife in the independent hit A Walk on the Moon (Tony Goldwyn, 1999) deservedly won her rave notices and gave her career the big lift it needed. The cute but tear-jerking comedy My Dog Skip (Jay Russell, 2000) also proved to be a small-scale success. 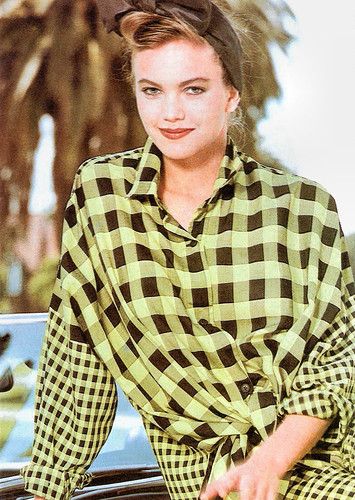 She was now more in demand than ever. She played Leelee Sobieski's sinister junkie guardian in the slick thriller The Glass House (Daniel Sackheim, 2001), and co-starred with Keanu Reeves in the #1 smash hit Hard Ball (Brian Robbins, 2001).

A highlight was her lead role in the critical and commercial hit Unfaithful (Adrian Lyne, 2002), in which she superbly portrayed Richard Gere's adulterous wife. Her performance won many awards and nominations including Best Actress Oscar and Golden Globe nominations.

Daryl Moulton at IMDb: "She is very well regarded within the industry, adored by film fans, and has a credibility and quality that is all too rare today. Her immense talent at playing human and real characters, her 'drop dead gorgeous' beauty and down-to-earth grittiness guarantees that she will stay on top, and she guarantee has already shown the kind of resilience that will keep her working for a long, long time."

Diane Lane was married to Christophe Lambert from 1988 to 1994. They have one child, a daughter, Eleanor Lambert. Her second marriage to Josh Brolin in 2004 ended in a divorce in 2013. 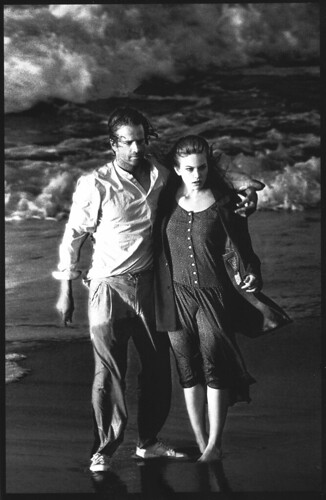