Laura Solari (1913–1984) was an Italian film actress, who appeared in 30 films between 1936 and 1969. During the early 1940s, she was busy at the Cinecittà studios in Rome and starred in sophisticated Telefoni Bianchi comedies. She also worked for the Ufa. After the war, she had to play secondary parts. 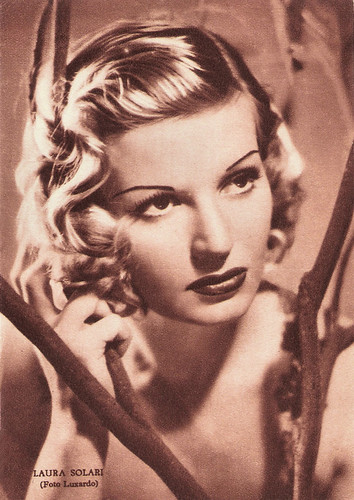 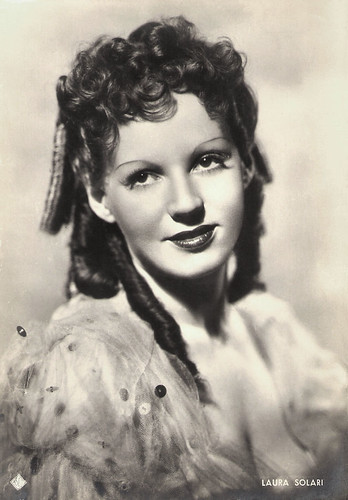 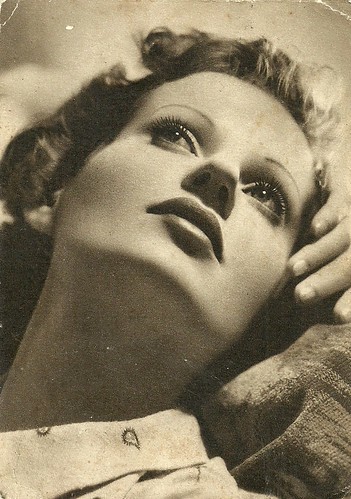 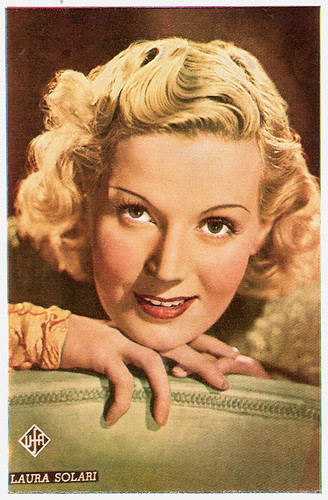 Queen of the Scala

She was the daughter of sculptor and artist Antonio Camaur and his wife, Maria Taucer. In addition to being prominent in Triestine art and intellectual circles, Camaur was a prominent Irredentist and advocated annexation of Trieste by Italy. In late 1915, Camaur went into exile because of his pro-Italian sympathies, and Laura lived in Northern Italy until her family's return to Trieste in 1919.

After World War I, Laura came under the tutelage of the Taucer family who sent her to be educated in Vienna. In 1930, Laura married an older Hungarian army officer, Oscar Szemere, but the couple separated after his business failed.

Laura was spotted by a talent scout, who was taken by her beauty, at a function at La Scala theatre in Milan. She was recruited by the new Italian film industry and acquired the stage name Laura Solari. Her debut was Regina della Scala/Queen of the Scala (Camillo Mastrocinque, Guido Salvini, 1936).

In 1937 she participated in a talent contest of Era Film. She came in second and was spotted by director Camillo Mastrocinque. He gave her a big part in the mystery L'orologio a cucù/The Cuckoo Clock (Camillo Mastrocinque, 1938) opposite Vittorio de Sica.

Soon, more roles followed in such films as Una moglie in pericolo/A Woman in Danger (Max Neufeld, 1939), in which she appeared with the French actress Marie Glory. 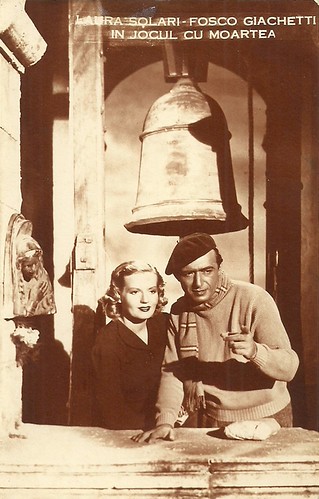 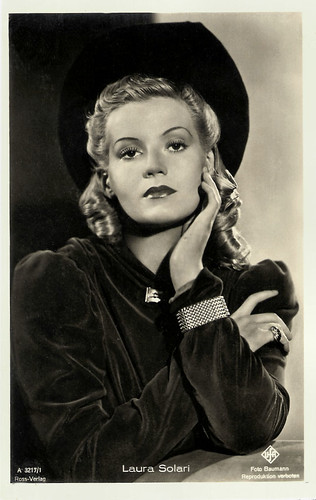 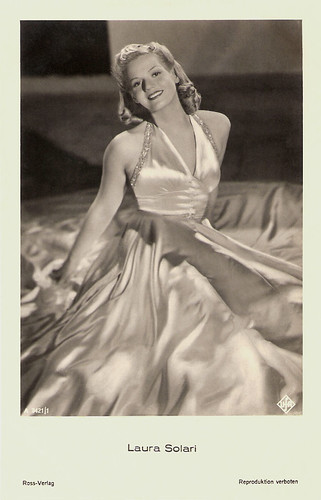 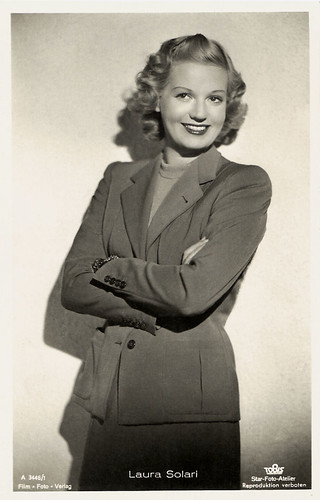 In 1940, Laura Solari divorced Oscar Szemere in the American city Reno in the state of Nevada. Much later, she would marry Arthur Roper Caldbeck, a colonel in the British army.

During the early 1940s, she was busy at the Cinecittà studios in Rome and starred in such sophisticated Telefoni Bianchi comedies as Validità giorni dieci/Validity of ten days (Camillo Mastrocinque, 1940) opposite Antonio Centa.

The German production Alles für Gloria/Everything for Gloria (Carl Boese, 1941), in which she starred opposite Leo Slezak, was also filmed in Cinecittà. Other German productions in which she played lead roles were the crime comedy Die Sache mit Styx/The Styx Case (Karl Anton, 1942) with Viktor de Kowa, and the action film G.P.U./The Red Terror (Karl Ritter, 1942).

Back in Italy she starred in a double role in La statua vivente/Scorned Flesh (Camillo Mastrocinque, 1943) with Fosco Giachetti as a man who tries to form her into his dead girlfriend.

After the war Solari’s position had changed. She was no longer offered leading roles, but had to play secondary parts. She was a secretary in the Hollywood comedy Roman Holiday (Willy Wyler, 1953) starring Audrey Hepburn, and had a supporting role in the prostitution drama Il mondo le condanna/The World Condemned Her (Gianni Franciolini, 1953) starring Alida Valli.

Solari participated in the legitimate stage in Trieste's Nuovo Teatro. She also appeared on television in such series as Police Call (1955).

Her later films include the gripping crime thriller Banditi a Milano/Bandits in Milan (Carlo Lizzani, 1968) as Ray Lovelock’s mother, and Revenge (Pino Tosini, 1969).

Laura Solari retired in 1969 and moved to Switzerland. There she died in Bellinzona in 1983. She was 71 and survived by three sons. 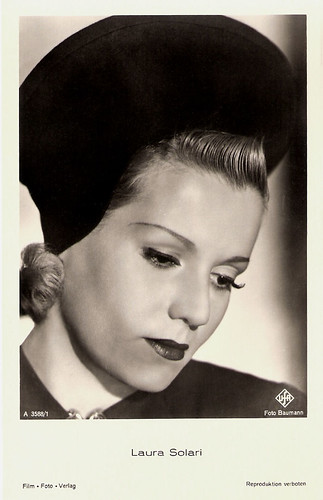 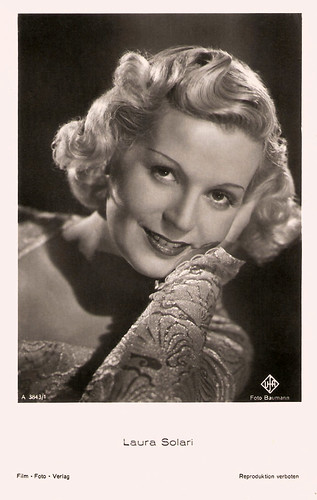 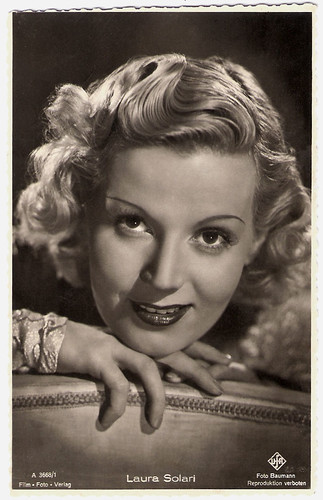