Leatrice Joy (1893-1985) was an American actress of the silent screen, who started her film career opposite Mary Pickford. She became one of director Cecil B. DeMille's favourites and protegees. 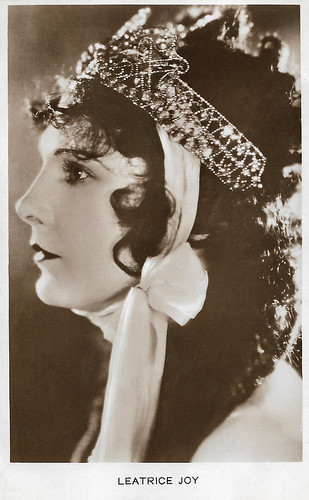 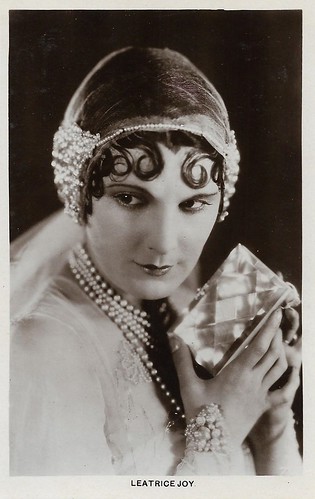 British Real Photograph postcard in the Picturegoer Series, London, no. 80a. 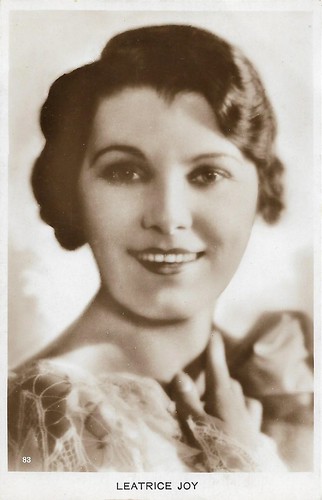 
Leatrice Joy  was born Leatrice Johanna Zeidler in New Orleans, Louisiana, in 1893. Her parents were dentist Edward Joseph Zeidler and Mary Joy Crimens Zeidler. She had a brother, Billy, who later worked at Metro-Goldwyn-Mayer.

She attended the Convent of the Sacred Heart in New Orleans, where she had planned on becoming a nun, but left when her father was diagnosed with tuberculosis and forced to give up his dental practice.

To the disapprovement of her mother, Leatrice started a career as an actress and made her film debut in 1915 in a small film of the New Orleans based Nola Film Company.

The family needed the money, so between April 1916 and November 1917 she was the star of about 20 one-reel Black Diamond Comedies produced by the United States Motion Picture Corporation in Wilkes-Barre, Pennsylvania, and released nationally by Paramount Pictures. In many of these, she starred as Susie, an irrepressibly enthusiastic, impulsive young woman who gets into humorous scrapes.

In 1917, her mother accompanied her to California where she began working in plays and films. In Hollywood, she initially got a contract with Samuel Goldwyn Studios. In her first film for that studio, The Pride of the Clan (Maurice Tourneur, 1917), she appeared opposite screen legend Mary Pickford.

In the 1920s, Joy grew into a popular actress and was known for her roles as determined and independent ladies. The liberated atmosphere of the Jazz Age Roaring Twenties solidified her public popularity, especially with female film goers.

In films, Joy was primarily seen as a boyish girl and her distinctive style influenced fashion - many film viewers adopted her style. She is generally credited with starting the bobbed-hair craze. Joy was always in the foreground in films and was coupled with memorable actors, including Wallace Beery, Conrad Nagel, Nita Naldi and Irene Rich.

Due to her increasing popularity, Cecil B. DeMille offered her a contract with Paramount Pictures in 1922. She was cast right away as the lead in his society drama Saturday Night (Cecil B. DeMille, 1922) with Conrad Nagel, followed by several of his better-known films, becoming one of DeMille's favourites and protegees. 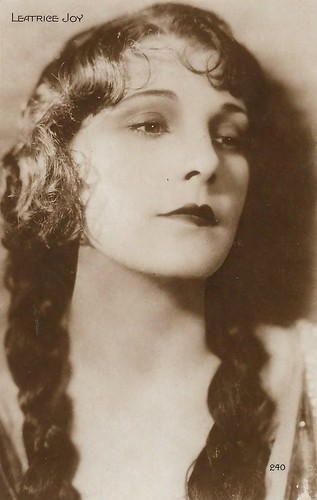 French postcard by Editions Cinémagazine, no. 240. 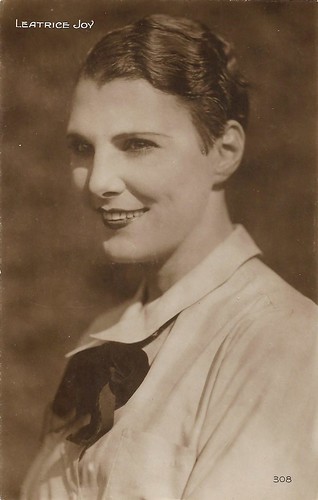 French postcard by Editions Cinémagazine, no. 308. 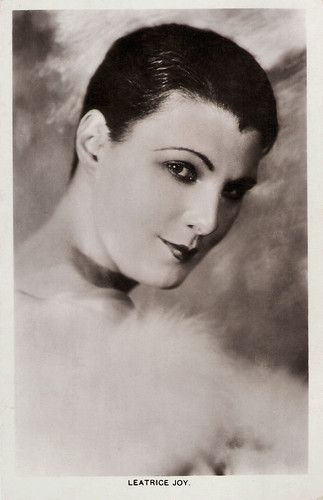 British Real Photograph postcard in the Picturgoer Series, London, no. 105a.

In 1925, Leatrice Joy left the Goldwyn studio to move with DeMille to his new studio, Producers Distributing Corporation. Here she was featured in some moderately successful films such as The Angel of Broadway (Lois Weber, 1927).

When Joy disagreed with the producer, she left the studio in 1928 and then got a contract with Metro-Goldwyn-Mayer. That year she headlined MGM's second part-talkie effort, The Bellamy Trial (Monta Bell, 1929) opposite Betty Bronson and Margaret Livingston.

This happened around the rise of the sound film, a turnout that turned out not to be favourable for Joy's career. Her Southern accent was not loved and Joy could not keep up with the new actresses.

She retired in 1930, even though she remained active part-time in films. Joy made her last appearance in Love Nest (Joseph M. Newman, 1951), which also featured June Haver and Marilyn Monroe.

Leatrice Joy was married three times, and had one child. In 1922, she married actor John Gilbert. They had a daughter, Leatrice Joy Gilbert (later Fountain; 1924-2015), who acted in bit parts. Joy filed for divorce in August 1924, citing Gilbert's infidelity and alcoholism. Joy's second marriage was to businessman William Spencer Hook in 1931. They divorced in 1944. Joy's third and final marriage was to former actor and electrical engineer Arthur Kem Westermark (1945-1954).

In the 1960s, Joy retired to Greenwich, Connecticut, where she lived with her daughter and son-in-law.

In 1985, Joy died from acute anaemia at the High Ridge House Christian Science nursing home in Riverdale, Bronx, New York. The former actress was 91. She was interred at the Saint Savior Episcopal Churchyard in Old Greenwich, Fairfield County, Connecticut. 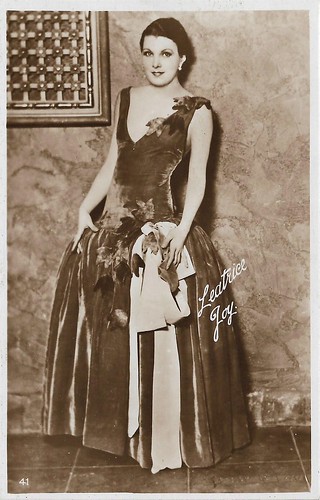 British Real Photograph postcard by Sarony cigarettes, no. 41 of the fourth series of 42 Cinema Stars postcards. 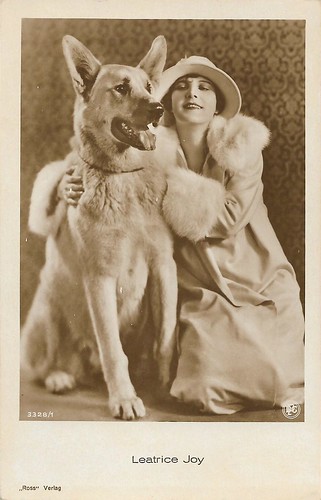