Pablito Calvo (1948–2000) was a Spanish child actor. After the international success of Marcelino, pan y vino/Marcelino Bread And Wine (1955), he became a star. At the age of 16, he retired. 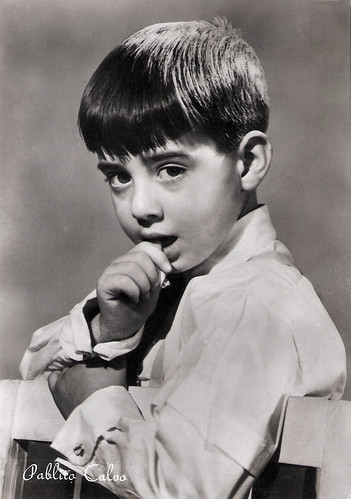 Italian postcard by Rotalfoto, Milano, no. 744. 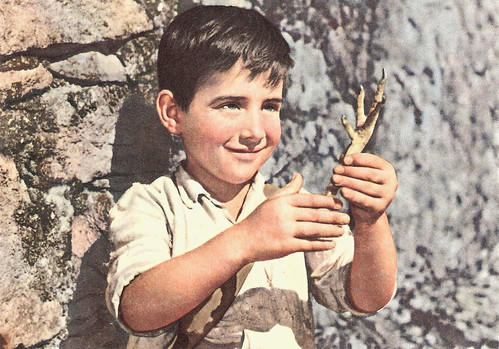 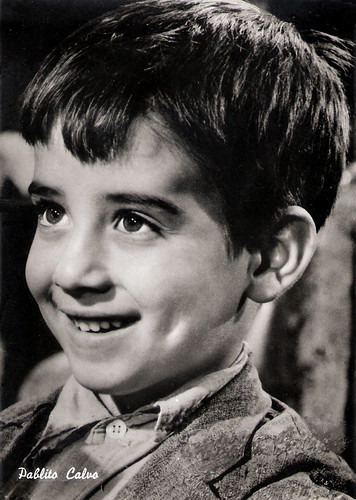 An orphan in a Monastery

Pablito Calvo was born as Pablo Calvo Hidalgo in Madrid, Spain in 1948.

At the age of 8, he played the lead role in Marcelino, pan y vino/The Miracle of Marcelino (Ladislao Vajda, 1955). The film was written by José María Sánchez Silva, who based it on his novel, and directed by Ladislao Vajda.

Pablito plays the orphan Marcelino who grows up in a monastery. One day when he eats his small meal in a room full of old things he gives a piece of his bread to an old wooden Jesus figure - and indeed it takes the bread and eats it. At the 1955 Cannes Film Festival the film won an award, and at the 5th Berlin International Film Festival it won the Silver Bear.

Pablito, who had received a special mention from the Cannes festival jury, became Spain's most famous child actor. The following year he appeared in Mi tío Jacinto/Pepote (Ladislao Vajda, 1956) which won the Golden Bear (Audience Award) at the Berlin International Film Festival. 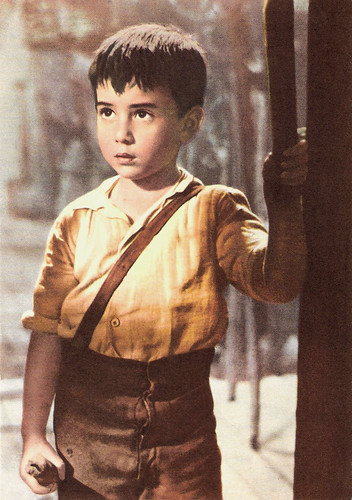 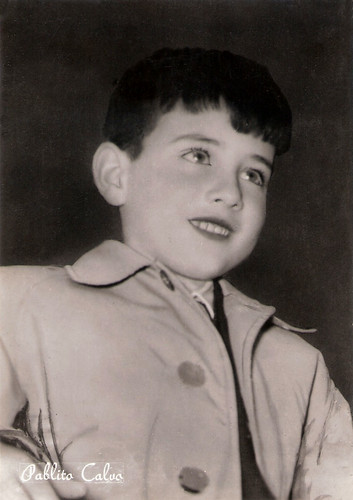 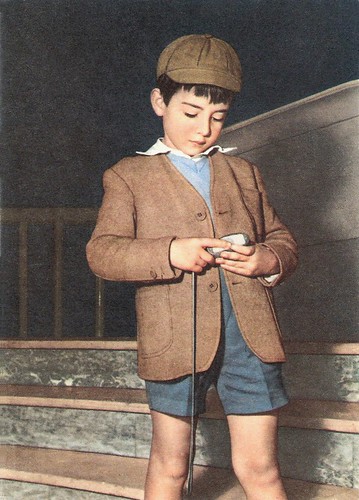 Calvo sang in a few films, but his singing voice was always dubbed on screen, in Spain by a woman, Matilde F. Vilariño.

In 1963, he retired from acting at the age of 16 to become an industrial engineer. Later, he worked in tourism and promoting buildings in Torrevieja.

Pablito Calvo died of a brain hemorrhage in 2000 in Alicante, Spain. He was aged 52. He had been married to Juana Olmedo since 1976.

Pablito’s successful debut, Marcelino pan y vino, was remade several times. A Philippine remake, May Bukas Pa, was released in 1979. An Italian remake, Marcellino, was produced in 1991 in colour. And also a Mexican remake was made in 2010, with the basic storyline and framed by the Mexican Revolution of 1910. 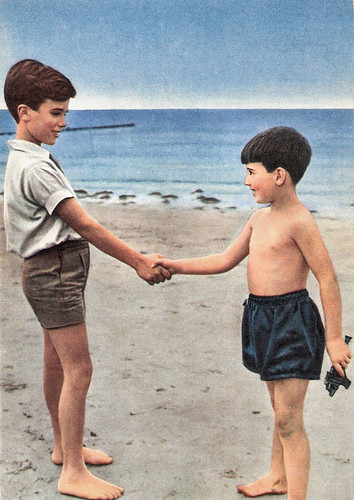 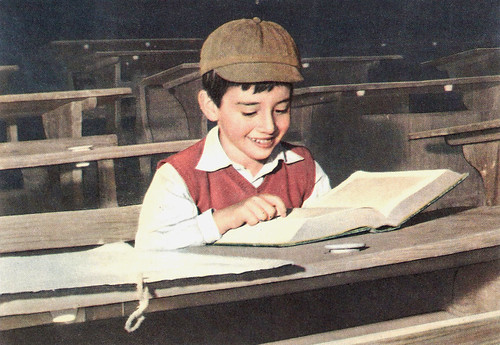 Always fun and interesting to visit with you. I smiled at *retired at age 16*. Happy PFF!

I noticed the part about retiring at 16 too. :) I hope he went on to have a fulfilling life in engineering though what a tragedy to die so young.