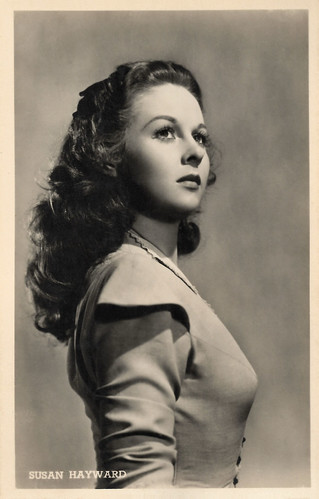 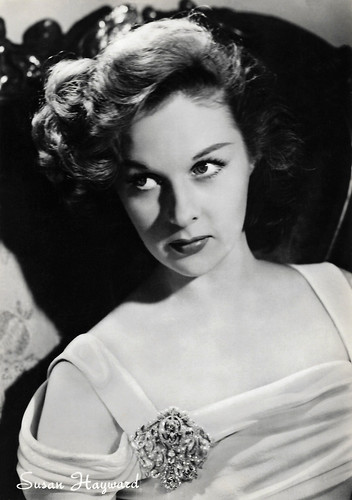 Italian postcard by Rotalfoto, Milano, no. 41. 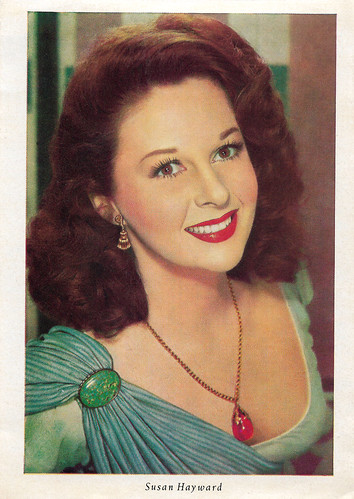 Susan Hayward was born Edythe Marrener in the Flatbush section of Brooklyn, New York, in 1917. Her father was a transportation worker.

The youngest of three children, she grew up in the shadow of her older sister Florence who was her mother's favourite. Edythe would nurse a life-long grudge over what she perceived as her mother's neglect.

She attended public school in Brooklyn, where she graduated from a commercial high school that was intended to give students a marketable skill. She had planned on becoming a secretary, but her plans changed. She started doing some modelling work for photographers in the NYC area.

By 1937, Edythe was brought to Hollywood as one of the hundreds of girls who had won a chance to screen test in the nationwide search for someone to play the role of Scarlett O'Hara in Margaret Mitchell's Gone with the Wind (Victor Fleming, 1939).

Although she lost out to Vivien Leigh, Susan was to carve her own signature in Hollywood circles. It would take several years of studio subsidised acting and voice lessons before her talent would emerge and she would be renamed Susan Hayward.

She got a bit part in Hollywood Hotel (Busby Berkeley, 1937). The bit parts continued all through 1938, with Susan playing, among other things, a coed, a telephone operator and an aspiring actress. She wasn't happy with these bit parts, but she also realised she had to "pay her dues".

In 1939 she finally landed a part with substance, playing Isobel Rivers in the hit action film Beau Geste (William A. Wellman, 1939) with Gary Cooper and Ray Milland. 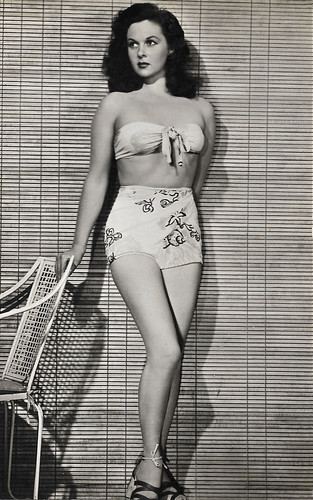 Spanish postcard in the Hollywood (California) series by Belfo, no. 3790. Photo: Universal International. 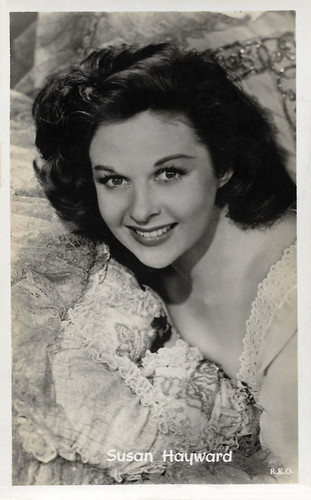 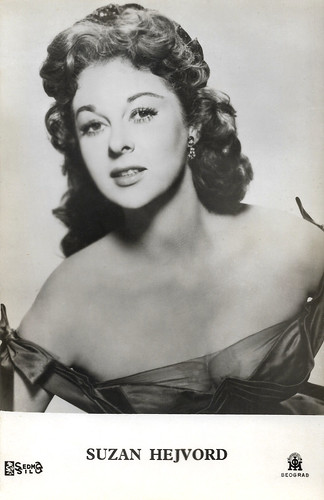 She played the part to the hilt

She then played a Southern belle opposite John Wayne and Ray Milland in Cecil B. DeMille's Reap the Wild Wind (1942), one of the director's bigger successes, and once again showed her mettle as an actress.

Although such films as Jack London (Alfred Santell, 1943), And Now Tomorrow (Irving Pichel, 1944) with Alan Ladd, and Deadline at Dawn (Harold Clurman, William Cameron Menzies, 1946) with Paul Lukas, continued to showcase her talent, she still hadn't gotten the meaty role she craved.

In 1947, however, she did, and received the first of five Academy Award nominations, this one for her portrayal of Angelica Evans in Smash-Up: The Story of a Woman (Stuart Heisler, 1947). She played the part to the hilt and many thought she would take home the Oscar, but she lost out to Loretta Young for The Farmer's Daughter (H.C. Potter, 1947).

In 1949 Susan was nominated again for My Foolish Heart (Mark Robson, 1949) and again was up against stiff competition, but once more her hopes were dashed when Olivia de Havilland won for The Heiress (William Wyler, 1949). 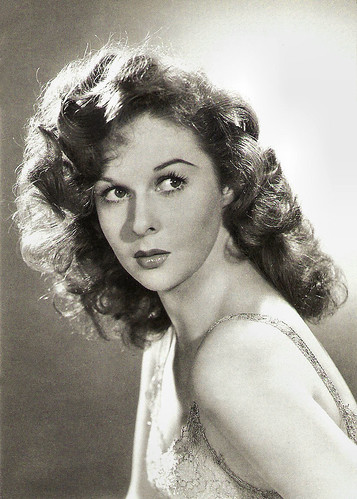 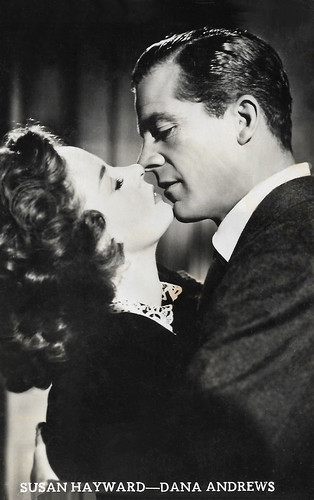 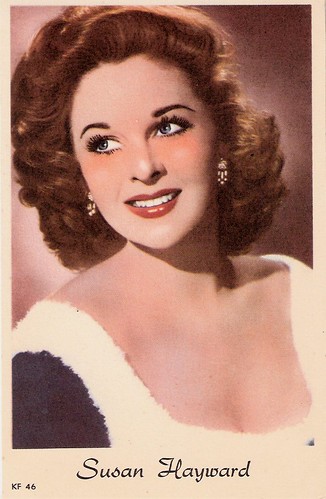 The performance of her lifetime

Now, with two Oscar nominations under her belt, Susan Hayward was a force to be reckoned with. Good scripts finally started to come her way and she chose carefully because she wanted to appear in good quality productions. Her caution paid off, as she garnered yet a third nomination in 1953 for With a Song in My Heart (Walter Lang, 1952).

Later that year she starred as Rachel Donaldson Robards Jackson in The President's Lady (Henry Levin, 1953) with Charlton Heston. She was superb as Andrew Jackson's embittered wife, who dies before he was able to take office as President of the United States.

After her fourth Academy Award nomination for I'll Cry Tomorrow (Daniel Mann, 1955), Susan began to wonder if she would ever take home the coveted gold statue. She didn't have much longer to wait, though.

In 1958 she gave the performance of her lifetime as real-life California killer Barbara Graham in I Want to Live! (Robert Wise, 1958), who was convicted of murder and sentenced to death in the gas chamber. Susan was absolutely riveting in her portrayal of the doomed woman. This time she was not only nominated for Best Actress, but won. After that role she appeared in about one film a year.

Thomas Mc Williams at IMDb: "Susan's personality is usually described as cold, icy, and aloof. She did not like socialising with crowds. She disliked homosexuals and effeminate men. Her taste in love ran strictly to the masculine, and both of her husbands were rugged Southerners. She loved sport fishing, and owned three ocean going boats for that purpose. Film directors enjoyed Susan's professionalism and her high standards. She was considered easy to work with, but she was not chummy after the cameras stopped."

In 1972 she made her last theatrical film, The Revengers (Daniel Mann, 1972), starring William Holden. A two-pack a day smoker with a taste for drink, Susan was diagnosed with brain cancer in March of 1972. The disease finally claimed her life in 1975 and she died at her Hollywood home. Susan Hayward was 57.

She was laid to rest in a grave adjacent that of her husband Floyd Eaton Chalkley in the peace of Carrollton, Georgia where they had spent several happy years together in life. Hayward had been married twice: first to actor Jess Barker from 1944 till their divorce in 1954. They had two children. With Floyd Eaton Chalkley, she was married from 1957 till his death in 1966. 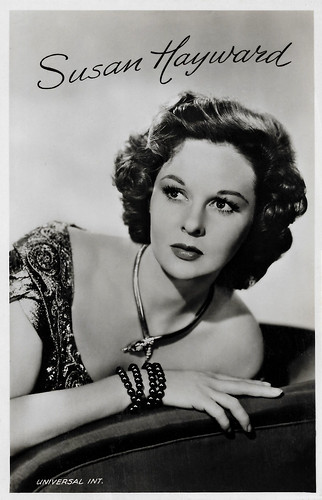 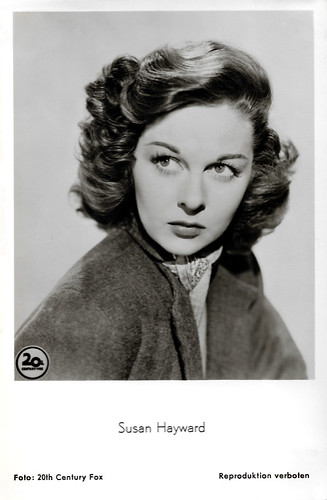 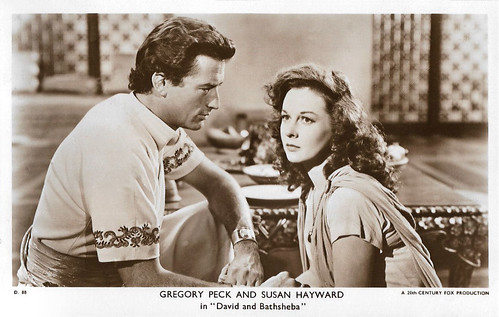 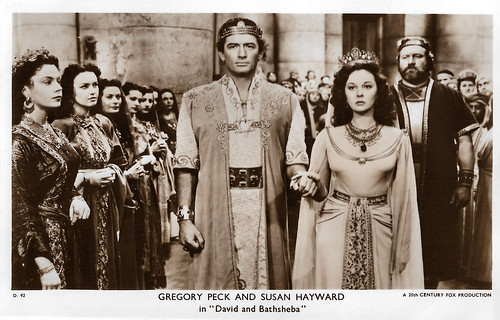