The demystification of Ila Meery

Ila Meery (1908-1974 (?)) was a Hungarian born actress who appeared in German and French late silent and early sound films. Her history was a mystery. French Wikipedia wrote she was one of the notorious 'Countesses of the Gestapo' in France and according to IMDb she was a Soviet spy during the Second World War. But recent research by Marlène Pilaete proved that she was neither. Marlene wrote a fascinating article about her research on Ila Meery at the French website L'encinémathèque. Especially for EFSP, she wrote a shorter English bio that tells the true story of this beautiful and fascinating actress. 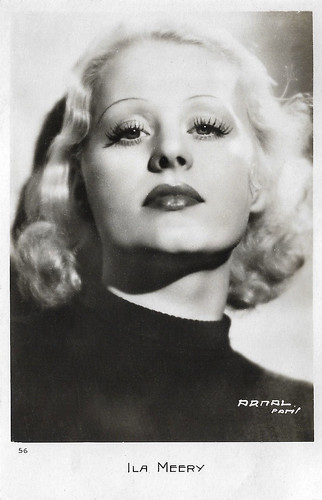 The Prettiest Show Girl of Budapest

In the mid-20s, she became a show girl and notably worked at the Royal Theatre of Budapest. Alongside another future actress, Rose Barsony, she could be spotted for example in the chorus of the operetta 'Alexandra' by Albert Szirmai in 1925.

In 1928, she won the title of 'The Prettiest Show Girl of Budapest', following a newspaper contest.

She made her film debut in Germany, for the Super-Film GmbH company, in Das Raub der Sabinerinnen/The Abduction of the Sabine Women (Robert Land, 1928), in which she played, not surprisingly, a show girl named Ria.

Soon followed another part in Prinzessin Olala (Robert Land, 1928), featuring Carmen Boni. For her film career, she chose the pseudonym 'Meery', which is simply the contraction of her family name Mecsery'.

She then was the Countess de la Motte in the German-French co-production Cagliostro - Liebe und Leben eines großen Abenteurers/Cagliostro (Richard Oswald, 1929), featuring Hans Stüwe, in which she can be seen in one scene wearing a huge diamond necklace around her naked breasts.

Meery also had one of the leading roles in the Austrian film Das Weisse Paradies/The White Paradise (Max Neufeld, 1929). So ended her silent film career. 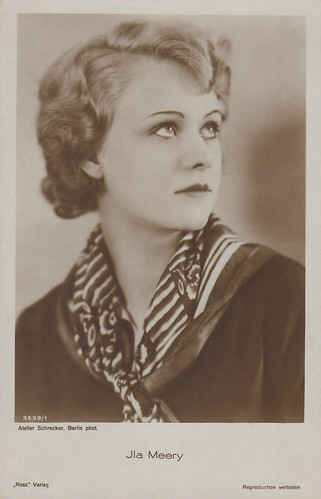 She had an interesting part in Lac au dames/Ladies Lake (Marc Allégret, 1934), in which she again bared her bosom, and followed it with Zouzou (Marc Allégret, 1934) starring Josephine Baker and Jean Gabin, Pension Mimosas (Jacques Feyder, 1935) and Marius et Olive à Paris/Marius and Olive in Paris (Jean Epstein, 1935).

She made her last film, Tisztelet a kivételnek/There Are Exceptions (Ákos Ráthonyi, 1936), in her native country. The stars of this romantic drama were Imre Ráday and Klári Tolnay. Meery was credited as Ila Mecséry again.

In 1937, she married a British businessman, James Ole Herbert Willing, who, as a soldier, died during the Second World War, in 1941.

According to a few sources, I(l)la Meery passed away in Budapest in 1974 but, as we’ve not been able so far to view a death certificate, this date is given to you with some reservation.

Contrary to what you can often read on several websites, I(l)a Meery is not the Russian-born countess Mara Tchernycheff Besobrasoff (1915-2010), who was married to French actor Henri Garat from 1939 to 1942 and who was condemned after the War for having collaborating with the Nazis. Once and for all, these are two different persons. 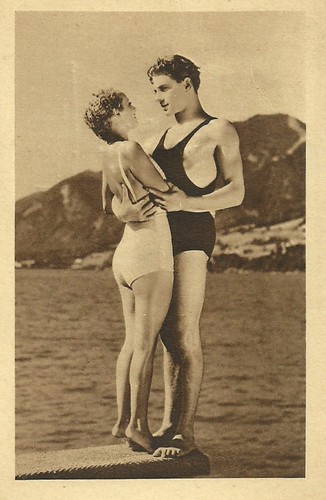 French postcard by Imprimerie A. Breger Frères, Paris. Issued for the cinema Max-Linder Pathé, 24, Boulevard Poissonière, Paris, where the film was presented 14-20 September 1934. Lac au dames/Ladies Lake (1934) was directed by Marc Allégret and starred Jean-Pierre Aumont, Rosine Dérean, Simone Simon and Michel Simon. The films is situated at Lake Konstanz. In Germany the film was presented as Hell in Frauensee ('Frauensee' was the title of the novel by Vicki Baum the film was based on). The actress Aumont is holding is Rosine Dérean.