Vragoljanka is a silent film, produced in the former Kingdom of Serbs, Croatians and Slovenes, now Croatia. The film, directed by Alfred Grinhut a.k.a. Alfred Grünhut, was produced in 1918 by Croatia Film and distributed in 1919 by Jugoslavija Film in Zagreb. The film is considered lost. The rare, sepia postcards used for this post are from the collection of Ivo Blom. 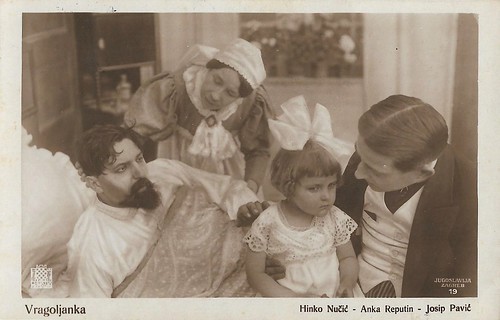 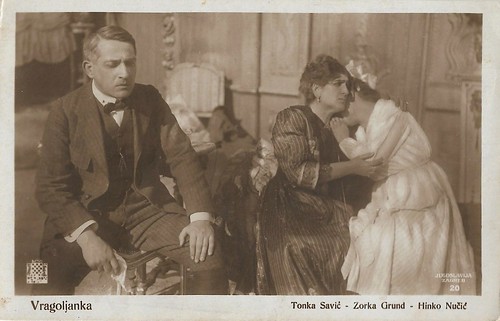 A cheerful, somewhat scandalous tale of the bizarre ways of young women


Not much is known about this lost film. One critic, Peter Volk, described it as a cheerful, somewhat scandalous tale of the bizarre ways of young women in the contemporary environment. The second postcard below seems to confirm this interpretation. However, while two cards refer to the gay times of the elder people (Nina Vavra and Arnost Grund), several cards point at serious drama: bad news (a letter), a sick father, a depressed child, and a crying and gravely disappointed young woman. Is Zorka's character forced into marriage? Or plays Nuncic an uncle who becomes her tutor after her father dies? We may only speculate.

Zorka Kremzar, born Zorka Grund (1900-?), was a Croatian film actress. She was the daughter of Arnošt Grund, a director of the Czech origin, and sister of Milada Grund, who performed under the pseudonym of Milada Tana. Zorka Grund later became a filmmaker, according to Croatian sources. 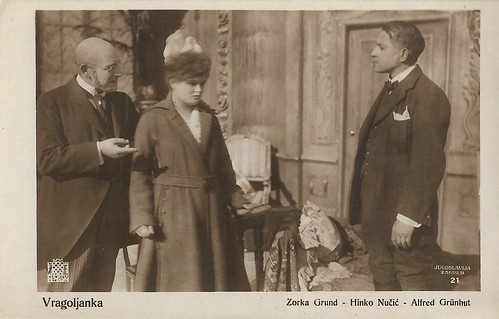 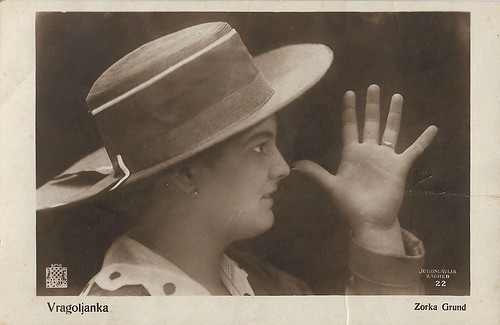 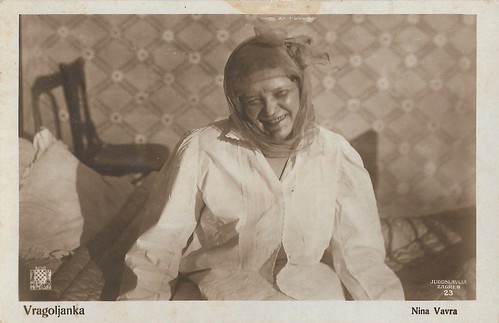