Bernd Aldor (1881-1950) was a star of the German silent cinema in the 1910s and 1920s, often in films by Richard Oswald or Lupu Pick. Sound film and the Nazi regime broke the career of this Jewish actor. 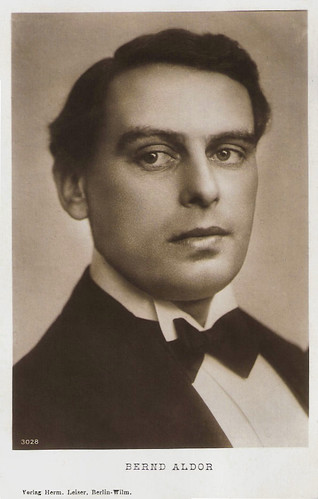 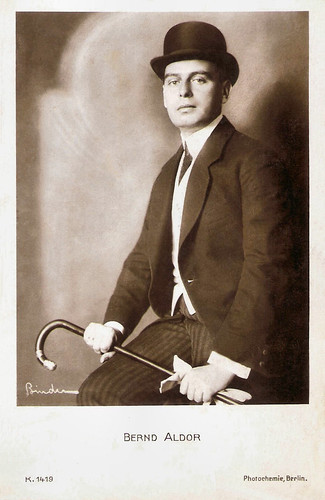 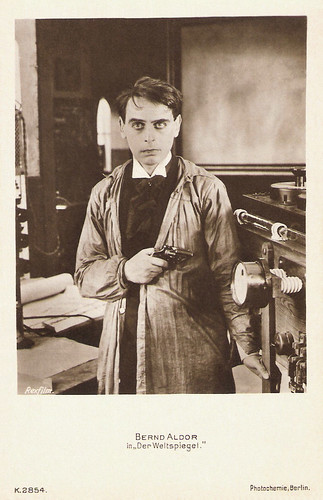 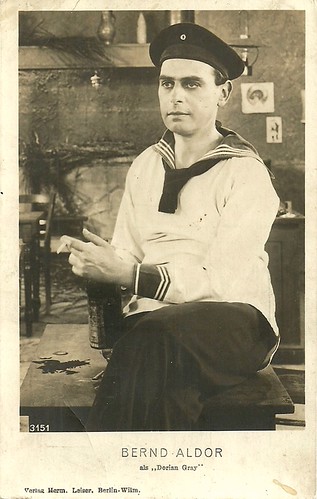 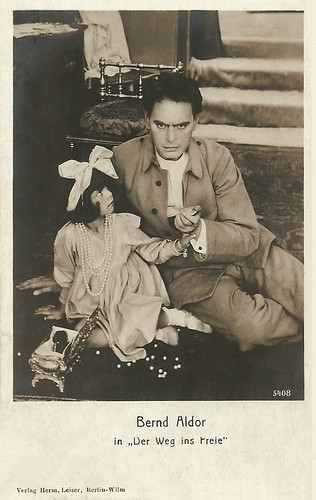 Shortly before the turn of the century he took acting lessons in Vienna at the master class of Karl Arnau. He began his theatrical career as an extra at the Hofburgtheater, the later Burgtheater.

In 1900 he received his first permanent engagement in Znaim (Znojmo). From 1903 on his other theatre stations included Czernowitz, Trier, Bremen, Königsberg, Leipzig, Dresden and Hamburg.

In 1906 he came to Berlin to work at the Schiller Theater. During a performance of Leo Tolstoy's The Living Corpse at the Schauspielhaus Leipzig he was discovered for the film by Charles Decroix.

Aldor became well-known with his performances in the first two parts of a trilogy of Aufklärungsfilme (typical German educational films), Es werde Licht/There Will Be Light (Richard Oswald, 1917-1918). He played Dr. Mauthner, head of an institution for children suffering from syphilis. 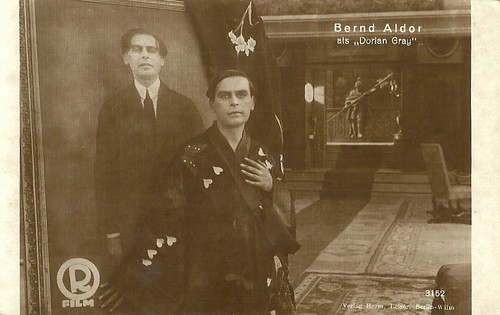 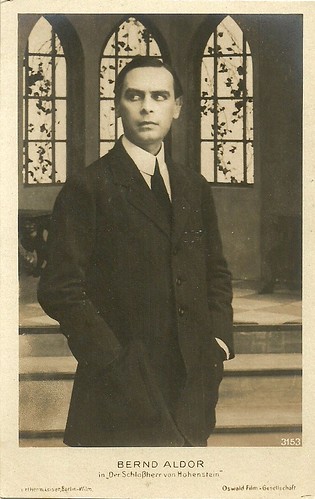 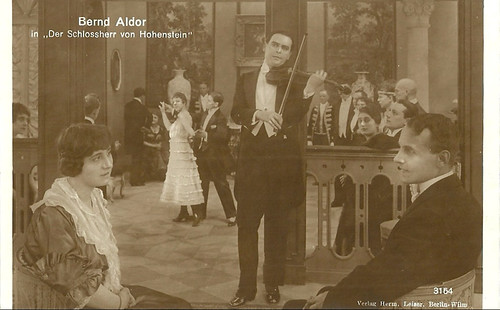 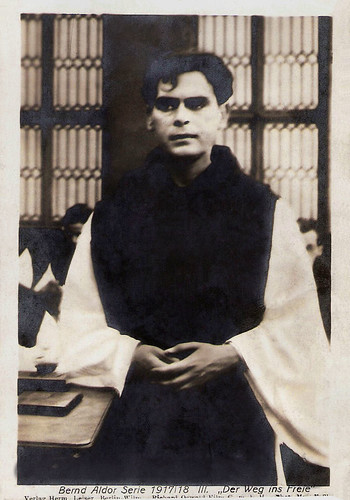 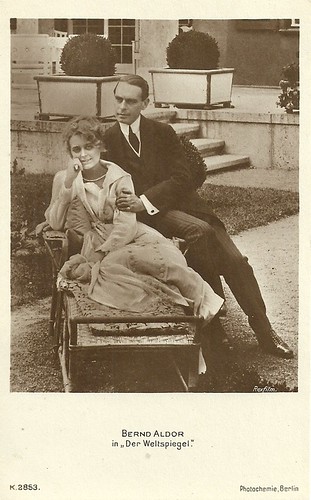 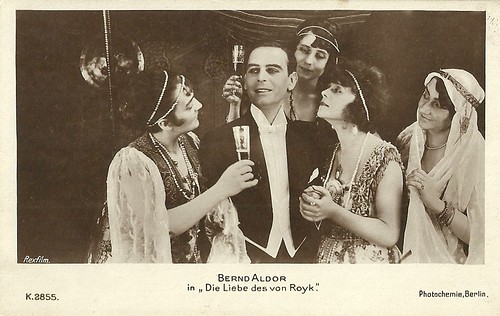 German postcard by Photochemie, Berlin, K.2855. Photo: Rexfilm. Bernd Aldor in Die Liebe des van Royk/The Love of van Royk (Lupu Pick, 1917). Though the woman right of Aldor looks like Ria Jende, she is not named among the actresses in Filmportal.de. the postcard names the character von Royk instead of van Royk. 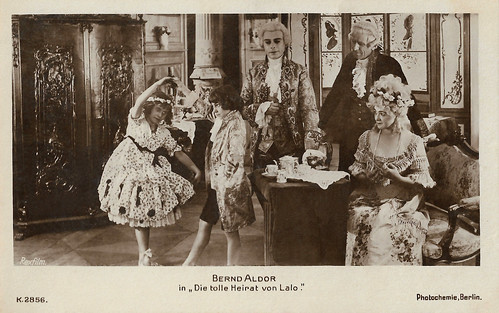 
Until the mid-1920s, Bernd Aldor was seen in leading roles. He starred as Talma opposite Fern Andra again in Madame Récamier (Joseph Delmont, 1920). In the drama Die Furcht vor dem Weibe/The fear of the woman (Hanna Henning, 1921) he starred opposite Otto Gebühr.

He appeared at the side of the great comedian Hermann Valentin in Graf Cohn/Count Cohn (Carl Boese, 1923), and with Claire Rommer in Aschermittwoch/Ash Wednesday (1925), directed by his old co-star Wolfgang Neff, who had turned into a director.

He reunited with Oswald for Halbseide/Half silk (Richard Oswald, 1925) as the husband of Mary Parker.

Then he slowly fell into oblivion, but he did some small film appearances in the sound era. Richard Oswald gave him a small part in his sound film Dreyfus (Richard Oswald, 1930) starring Fritz Kortner and Heinrich George.

In July 1938, he was excluded from the Reichsfilmkammer because of his "probably not Aryan" origin, although he had not been active for the cinema since 1932. Maybe the Jewish Bernd Aldor had fled the country. There is no information about him during this period.

Wikipedia writes that only in 1950 he and his wife Hilde were 'detected' again, now in Vienna, Austria. A little later the former actor died there, in 1950. He was 69. 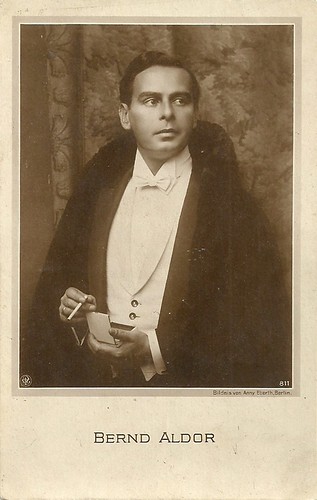 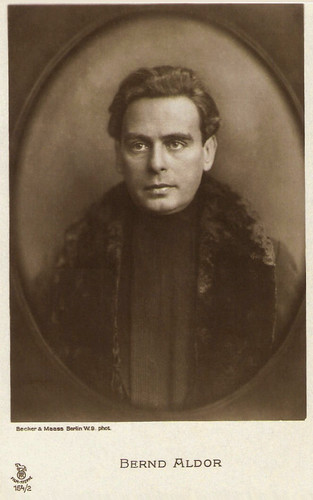 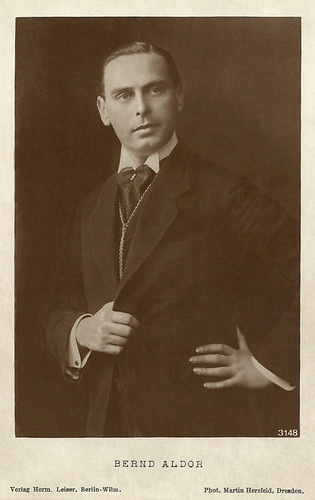 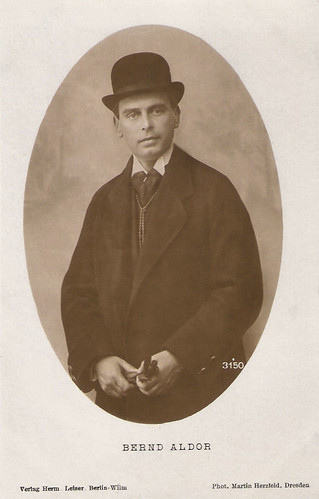 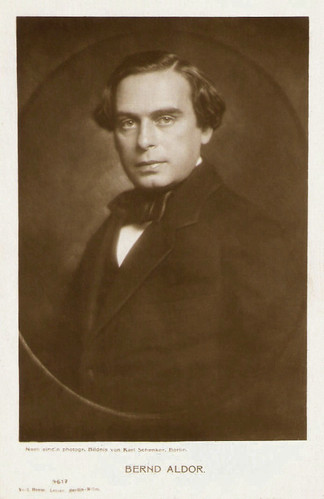 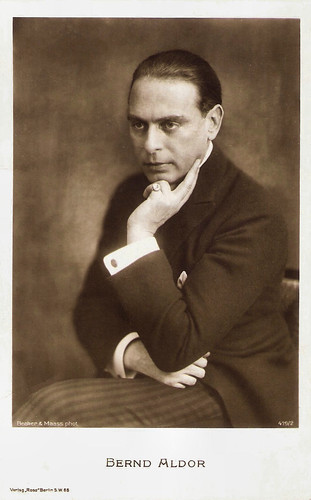 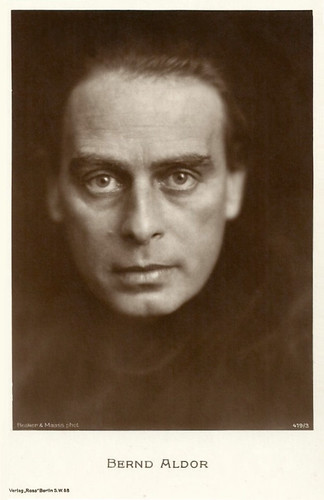 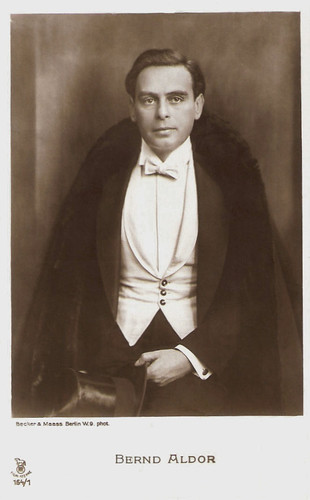