Austrian actor Norbert Rohringer (1927-2009) was a child star in the Third Reich. The blond boy played the leading role in the propagandistic NS youth film Jakko (1941). He appeared in 13 films. After the war, Rohringer became a pianist. 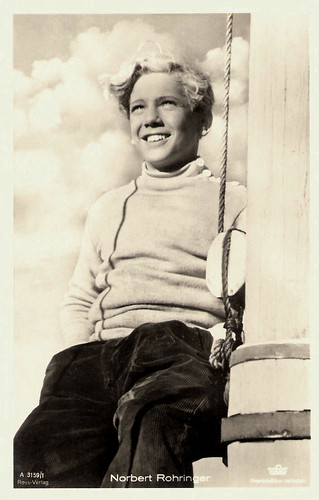 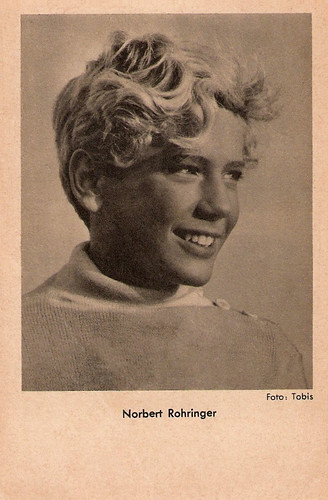 
Norbert Rohringer was born in 1927 in Vienna, Austria.

According to Wikipedia, Rohringer made his film debut at the side of Hans Moser in the comedy Anton der Letzte/Anton, the last (E.W. Emo. 1939).

However, Wikipedia also mentions he had already appeared as a six-year-old in Madame wünscht keine Kinder/Madame Wants No Children (Hans Steinhoff, 1933) with Liane Haid, Sonnenstrahl/Ray of Sunshine (Paul Fejos a.k.a. Pál Fejös, 1933) with Annabella, and Seine Tochter ist der Peter/Peter is his daughter (Heinz Helbig, Willy Schmidt-Gentner, 1936). In the latter his scene was cut.

After the end of the Second World War, this film was classified as a 'conditional film' because of the Nazi propaganda contained in it. The public screenings of the film have been limited since then.

He also appeared in a small part in the Nazi propaganda film Mein Leben für Irland/My Life for Ireland (Max W. Kimmich, 1941) with Anna Dammann. The film tells a story of Irish heroism and martyrdom over two generations of British occupation. The film was produced for Nazi-occupied Europe with the intent of challenging pro-British allegiances; yet in some cases it had the unintended effect of making audiences identify the Irish struggle with their own resistance against the Nazis. 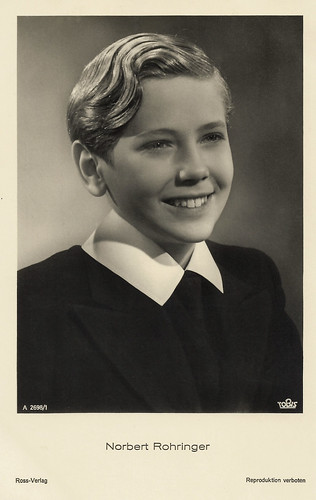 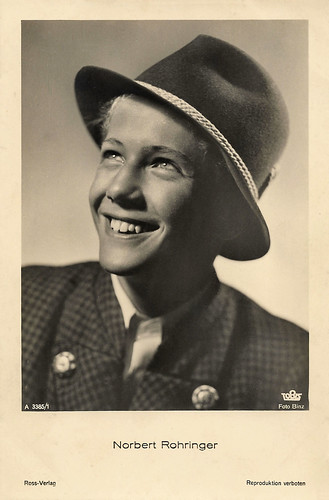 
During the later years of the Second World War, Norbert Rohringer was constantly used in mostly smaller roles in films.

In Symphonie eines Lebens/Symphony of a life (Hans Bertram, 1942), he played the son of Harry Baur and Henny Porten.

By the end of the war in 1945 he had participated in a total of 13 films. His final film was Wir beide liebten Katharina/We both loved Katharina (Arthur Maria Rabenalt, 1946) with Angelika Hauff. The romantic comedy was filmed in the final days of World War Two.

When Germany surrendered the film was to 20% completed. After the war this lavish Agfacolor production was not continued, and the already filmed material disappeared.

After the war Rohringer ended his film career and studied music at the Hochschule für Musik (University of Music and Performing Arts) in Vienna. He earned his money as a pianist and went on tour through France, Austria, Germany and Switzerland.

Until his death in 2009, Norbert Rohringer lived in Hamburg. He was 82. He is interred at the local Ohlsdorfer Friedhof (Ohlsdorf cemetery). 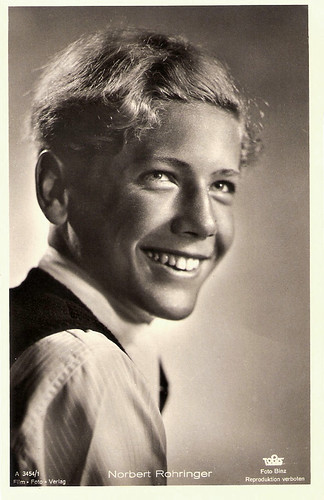 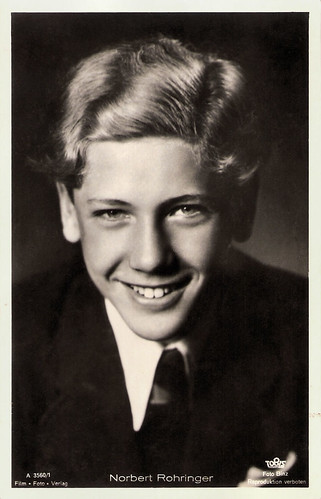 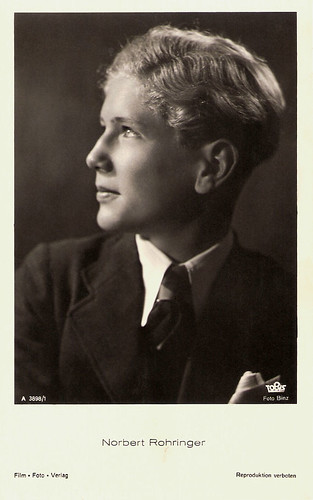