Yesterday, 28 January 2020, Belgian-born model, singer and actress Monique Van Vooren (1927) passed away. She gained notoriety for her many celebrity appearances on the game and variety show circuit in the 1950s and 1960s. She became a cult star, best remembered for her role as Baroness Katrin Frankenstein in Flesh for Frankenstein (1973). 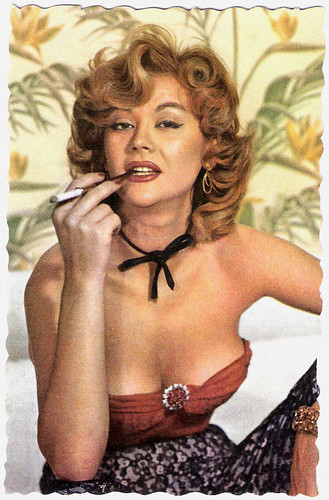 
Monique Van Vooren was born in Brussels, Belgium in 1927 (some sources say 1925). Her parents were George Bronz (or Bronze) and Louise van Vooren. She later adopted her mother's maiden name as her professional name.

She reportedly studied philosophy and languages and learned to speak English, Italian, French, German, Spanish, and Dutch. She started her career as a model and was photographed for Life magazine.

Her first film was the Italian production Domani è troppo tardi/Tomorrow is Too Late (Léonide Moguy, 1950) starring Pier Angeli. She became a naturalised United States citizen in 1951.The gorgeous blonde soon got a Hollywood contract and had a supporting part in Tarzan and the She-Devil (Kurt Neumann, 1953) starring Lex Barker.

In France she played the leading lady-in-distress in Série Noire/Black Edition (Pierre Foucaud, 1954), based on a series of popular paperback adventures of the same title. Hal Erickson at AllMovie calls it “an acceptable Gallic imitation of America's hard-boiled detective genre. Henri Vidal plays the anti-hero, who moves with ease through the Parisian underworld.” She also appeared opposite tough guy Eddie Constantine in Ça va barder/Give 'em Hell (John Berry, 1955).

Back in Hollywood, she appeared in a small role in the musical comedy Ten Thousand Bedrooms (Richard Thorpe, 1957), Dean Martin's first solo film after his split with Jerry Lewis. She also played a bit part as a showgirl in the award winning musical Gigi (Vincente Minnelli, 1958) starring Leslie Caron, and had a role in the comedy Happy Anniversary (David Miller, 1959) with David Niven.

Van Vooren also performed on stage. On Broadway she played in John Murray Anderson's Almanac (1953) and in 1960 she appeared as Frenchy in the national tour of Destry Rides Again. 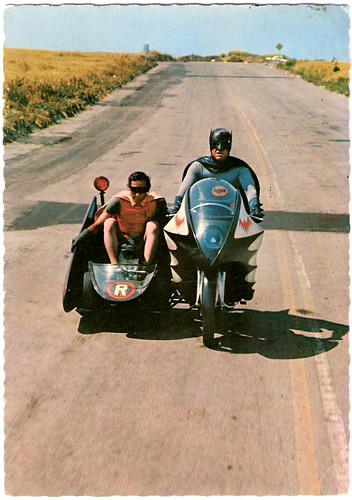 
During the 1960s, Monique Van Vooren appeared incidentally in films such as the eccentric independent comedy Fearless Frank (Philip Kaufman, 1967) starring Jon Voight. Her few other credits of that decade include playing Miss Clean in two episodes of the television series Batman (1968).

She was better known as a 'wild' celebrity, who attracted more attention with her private life than with her films. Jack Gaver wrote in The Gazette about her appearance at the premiere of the rock musical Hair in April 1968: “One of those who was not outdone by onstage proceedings was actress Monique Van Vooren, who showed up wearing a transparent black chiffon blouse with nothing but Monique beneath it.”

She returned to Europe where she appeared as the Queen of Skulls in Il Decamerone/The Decameron (1970), the first of director Pier Paolo Pasolini's ‘trilogy of life.’ The film was based on the sexually charged tales of 'Boccaccio'.

Her most memorable role was Baroness Katrin Frankenstein in Flesh for Frankenstein (Paul Morissey, 1973), starring Udo Kier and Joe Dallesandro. Andy Warhol was one of the co-producers of the film, but it was filmed in Cinecittà with an Italian film crew. In the USA, the film was marketed as Andy Warhol's Frankenstein, and was presented in the Space-Vision 3-D process in premiere engagements. The MPAA rated the film an X, due to its explicit sexuality and violence.

Monique Van Vooren passed away on 29 january 2020. She was 92. According to Wikipedia, her first visit to the United States apparently took place in 1946 at age 19, with the married name "Jakobson" and listed as a "housewife". Her second husband was Kurt (or Curt) Henry Pfenniger, whom she married in 1950. Her third husband was New York businessman Gerard Walter Purcell. The couple were married from 1958 until Purcell's death in 2002. They had one child.

She is quite the fabulous creature!