German actor Carl Raddatz (1912-2004) was much in demand by film producers in the 1940s and especially in the 1950s. He appeared in several Nazi Propaganda films, and he also gave Joseph Stalin a German voice. Through the years he would become one of the leading character actors of the German theatre. 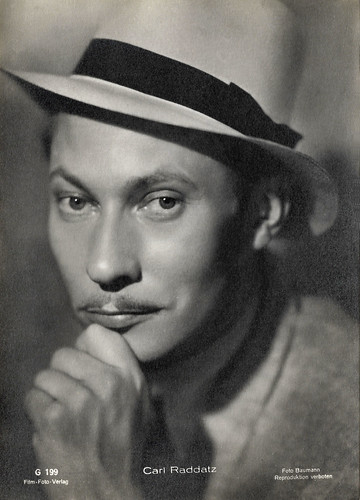 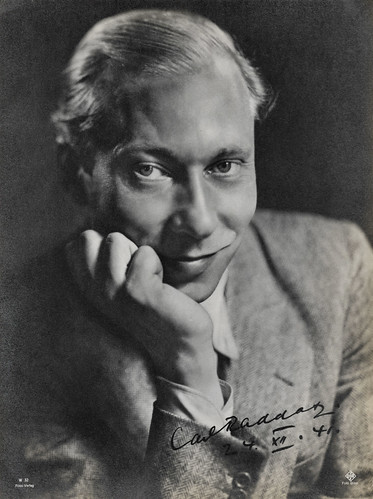 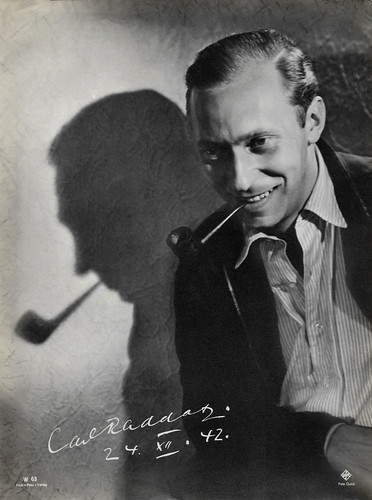 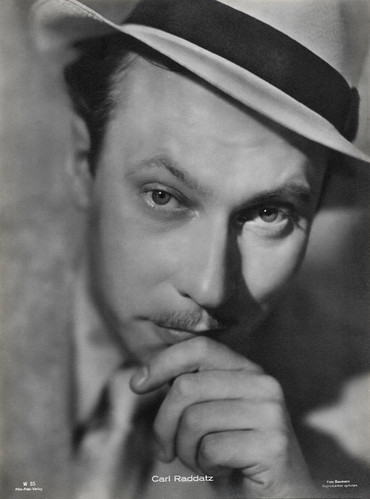 He took acting lessons from Willy Birgel, who engaged him for the Mannheimer Nationaltheater. Engagements in Aachen, Darmstadt, Bremen and finally Berlin followed.

He also starred in the poetic love-triangle Unter den Brücken/Under the Bridges (Helmut Käutner, 1945) with Hannelore Schroth and Gustav Knuth. Of his own films, director Helmut Käutner who was one of the major figures of post-War German cinema, considered this to be his best work. 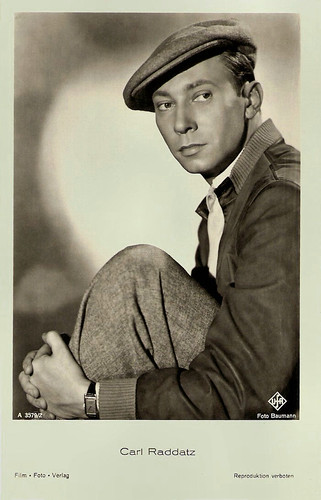 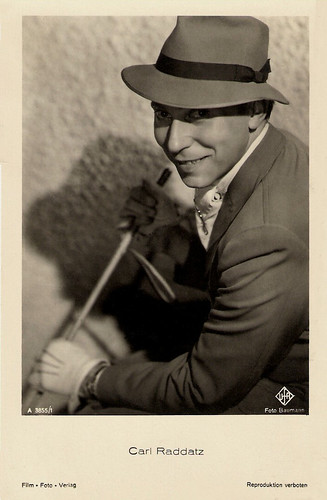 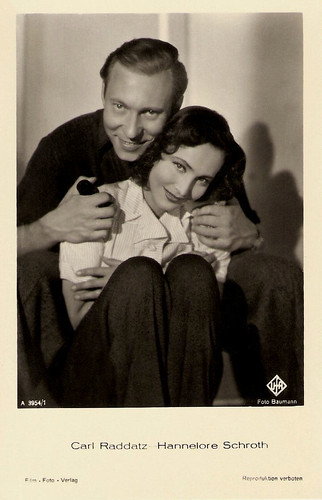 A darling of the public

Next to these films, he worked mainly in the theatre. In the mid-1950s, he became a darling of the public with the films Rosen im Herbst/Roses in Autumn (Rudolf Jugert, 1955) with Ruth Leuwerik, Nacht der Entscheidung/Night of Decision (Falk Harnack, 1956) with Hilde Krahl, and Made in Germany (Wolfgang Schleiff, 1957) with Winnie Markus.

He also starred in the musical drama Gabriela (Géza von Cziffra, 1950) opposite Zarah Leander. It was Leander's comeback film after a seven-year absence from filmmaking and became the third highest-grossing film at the West German box office in 1950.

Giulietta Masina was his partner in the German-Italian co-production Jons und Erdme/La donna dell'altro/Jons and Erdma (Victor Vicas, 1959). It was an adaptation of Hermann Sudermann's story 'Jons and Erdma' from the collection 'The Excursion to Tilsit', about the troubled relationship between the strong-willed Erdma and her irascible husband Jons in the Lithuanian moors. 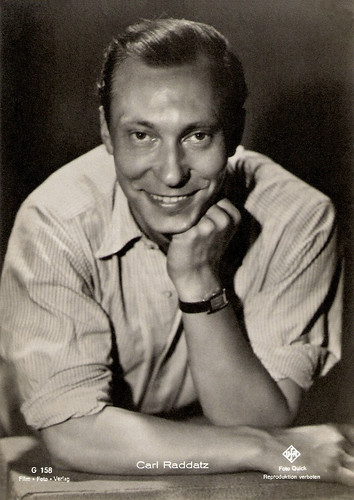 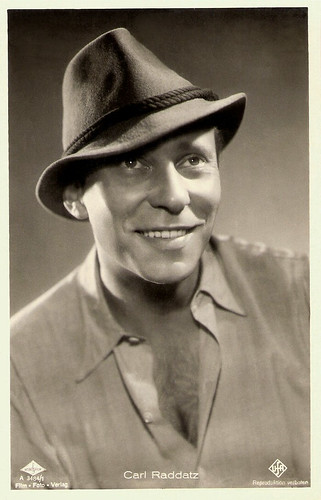 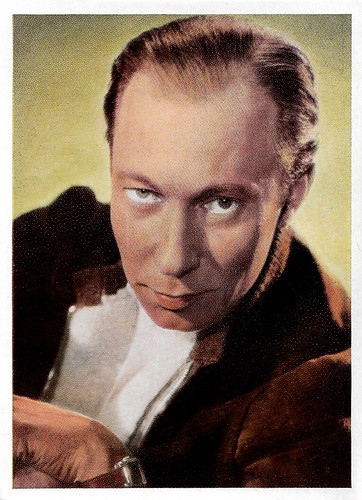 German collectors card in the "Deutsche Film-Lieblinge", series I.

For TV, he appeared opposite Ruth Leuwerik in the series Die Buddenbrooks/The Buddenbrooks (1979) based on the classic novel by Thomas Mann, and in an episode of the popular crime series Derrick (1990).

He always remained true to the theatre. For years, he was a member of the ensemble of the Staatlichen Schauspielbühnen Berlin and played many interesting roles that heaved him to the guild of leading character actors.

In the 1950s, he had also dubbed stars like Humphrey Bogart, Robert Taylor, and Lee Marvin, and after WW II, he gave Joseph Stalin his voice on German TV. In 1972, he was awarded the Bundesverdienstkreuz (Order of Merit of the Federal Republic of Germany) and in 1979 the Filmband in Gold (German Film Award).

Carl Raddatz died in 2004 in Berlin. He was 92. Raddatz was married three times. His first wife was actress Hannelore Schroth, his partner in Unter den Brücken/Under the Bridges (1945). 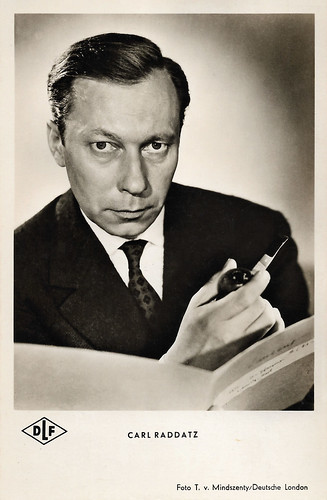 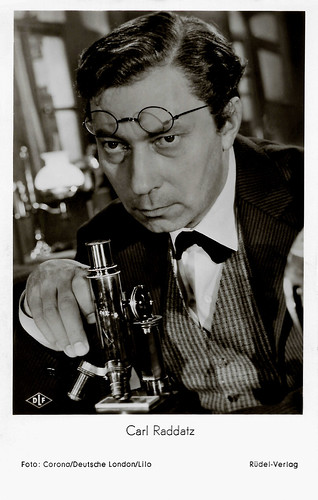