Marie Luise Claudius (1912-1941) was a beautiful German stage and film actress who passed away when she was only 29. 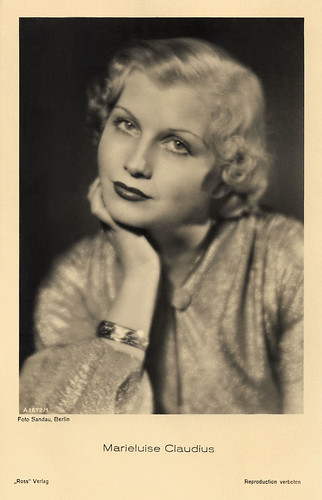 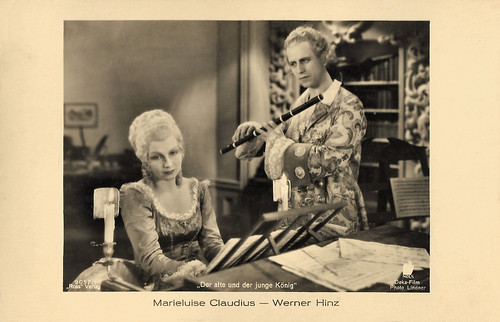 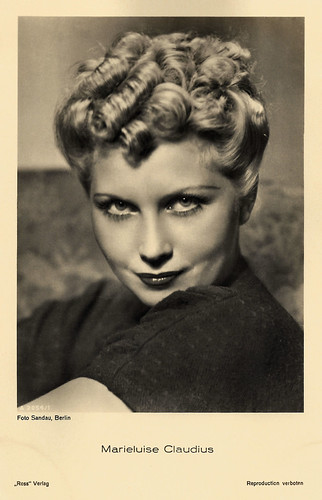 
Marie Luise Claudius born in 1912 in Meiningen, Saxe-Meiningen (now Thuringia), Germany. She was the daughter of the court actor and writer Erich Claudius and the actress Lisbeth Reschke.

During her childhood, she appeared several times on the stage of the Meininger Theater. Her first engagement was in 1932 in Düsseldorf.

She made her film debut as Christa von Borck, a high schooler, in Reifende Jugend/Ripening youth (Carl Froelich, 1933) with Heinrich George and Hertha Thiele.

It was well-received by the Nazi press on its release, and drew inspiration from the earlier Mädchen in Uniform/Girls in Uniform (Leontine Sagan, Carl Froelich, 1931), also starring Thiele, which was admired by film journalists of the Third Reich.

Her next films included the Operetta film Die Stimme der Liebe/The Voice of Love (Victor Janson, 1934), and the Henrik Ibsen adaptation Peer Gynt (Fritz Wendhausen, 1934) starring Hans Albers. The latter was one of the most expensive productions made by Bavaria Film and involved location shooting in Norway. 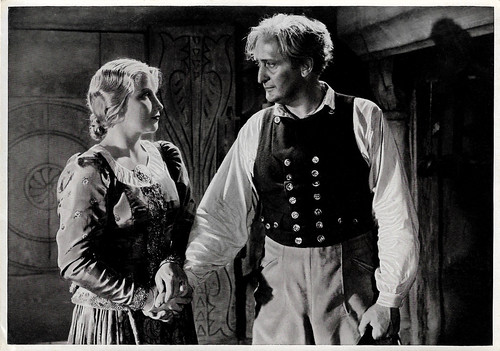 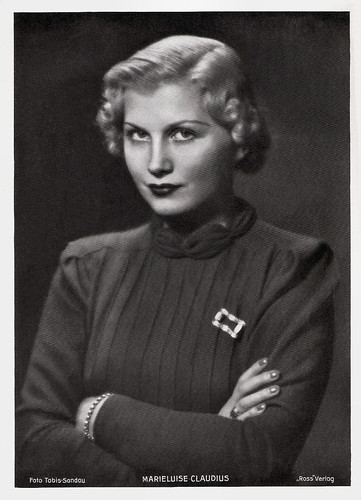 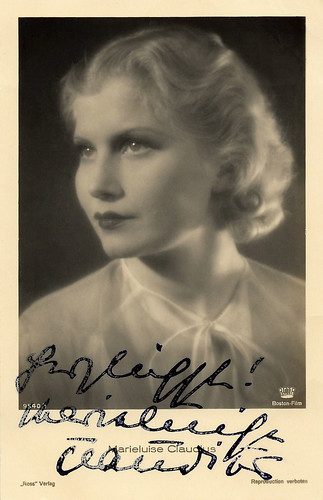 The man who was Sherlock Holmes

Another historical drama was the German-Polish biographical film August der Starke/Augustus the Strong (Paul Wegener, 1936) starring Michael Bohnen and Lil Dagover. The film depicts the life of Augustus the Strong, the Eighteenth Century ruler of Saxony and Poland.

Her final film was the drama Ein Robinson/A German Robinson Crusoe (Arnold Fanck, 1940), a modern-day Robinson Crusoe story about a man (Herbert A.E. Böhme) so angry about the post-World War I conditions in Weimar Germany that he voluntarily goes to live on a desert island. The film was shot partly on location in South America.

At the age of 29 years, Marie Luise Claudius died of heart failure in 1941 in Berlin and was buried in the New Cemetery Wannsee in Berlin. Her grave has since been lost. 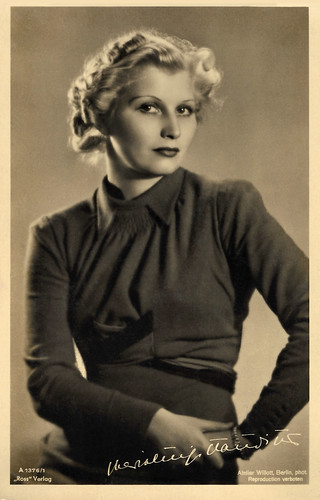 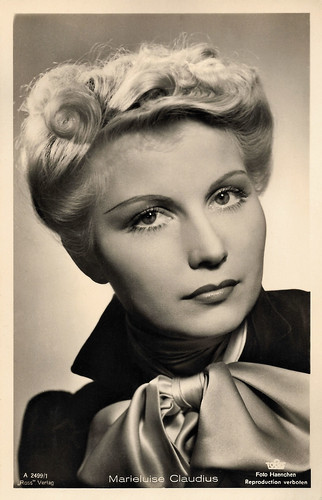 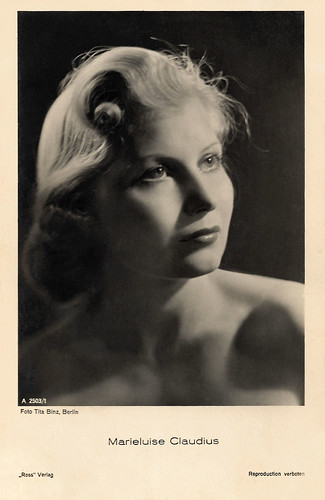