Striking Italian actress Letícia Román (1941) started her film career in Hollywood opposite Elvis Presley. During the 1960s she starred in European films for such cult directors as Mario Bava and Russ Meyer. At the end of the decade she retired and became a successful real estate broker in California. 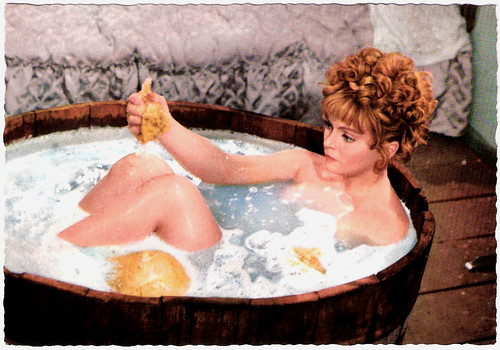 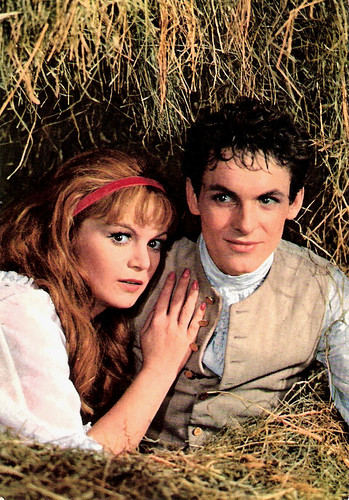 
Letícia Román was born as Letizia Novarese in Rome, Italy in 1941. She was the daughter of art director/costume designer Vittorio Nino Novarese and actress Giuliana Gianni.

She attended school in Switzerland, where she learned to speak fluent English, French, German, and Spanish. In 1958, she went to Hollywood with her father, when he was hired to design costumes for Spartacus (Stanley Kubrick, 1960). He stayed on to do other films, and later won two Oscars for his costumes of Cleopatra (Joseph L. Mankiewicz, 1963) and Cromwell (Ken Hughes, 1970).

Although her parents did not want her to become an actress, Román worked with MGM coach Gladys Vogeler to get rid of her accent and studied drama under famed 20th Century Fox acting coach Sanford Meisner for about four months. When 20th Century-Fox offered her a contract at a microscopic salary, she refused and signed a contract with producer Hal B. Wallis instead.

He cast the 19-year-old as Leticia Roman opposite Elvis Presley in the musical G.I. Blues (Norman Taurog, 1960). The come-back film of Elvis after his stay in the army was a box office hit, and soon Roman was the leading lady of the Western Gold of the Seven Saints (Gordon Douglas, 1961) starring Clint Walker and Roger Moore, and the sea adventure Pirates of Tortuga (Robert D. Webb, 1961).

IMDb reviewer Daniel Baker about her part in the latter film: “Letitia Roman is certainly fetching as Meg, especially in her sailor's togs, and her bare-legged wriggling in Paxton's bed is a clear sign of the sexual revolution's tsunami roaring toward the beach of the Hayes Code. But looking beyond her physical charms, Meg's personality really has nothing to recommend her: she's not smart, brave, loyal, honest, or even charming.”

Román returned to Italy, where the Peplum genre with its muscleman heroes and sexy ladies-in-distress was all the rage. She was soon rescued by Jean Marais in Ponzio Pilato/Pontias Pilate (Gian Paolo Callegari, Irving Rapper, 1962), and by Mel Ferrer in I lancieri neri/Charge of the Black Lancers (Giacomo Gentilomo, 1962).

Her next film, La ragazza che sapeva troppo/The Evil Eye (Mario Bava, 1963) created a new Italian cinema genre, the Giallo. Graham Greene calls it in his IMDb review ‘a minor-masterpiece of style and energy‘: “The Girl Who Knew Too Much (1963) is director Mario Bava's gleeful homage to Hitchcock; and one of the earliest examples of the Italian Giallo sub-genre of horror/suspense cinema that would go on to inspire an entire generation of horror filmmakers throughout the subsequent two decades.”

Román then appeared in the comedy-drama La rimpatriata/The Reunion (Damiano Damiani, 1963) opposite Walter Chiari. In France she played in an episode of the anthology Les baisers/The Kisses (Bertrand Tavernier a.o., 1964). 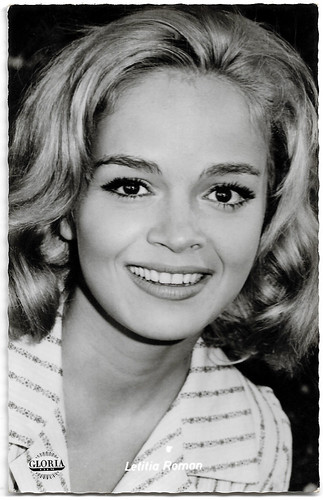 
Letícia Román moved to West Germany for the German-American erotic costume farce Fanny Hill/Fanny Hill: Memoirs of a Woman of Pleasure (1964), directed by cult director Russ Meyer. Despite the naughty subject matter, the low cut dresses and legendary co-star Miriam Hopkins, the film is described by Hal Erickson at AllMovie as ‘messy romp’: “His acute self-promotional skills aside, Russ Meyer never really learned how to direct; his 'style' consisted of seconds-lasting closeups wedged into badly composed long shots, substituting speed and energy for skill. But he certainly knew his audience, as proven by the enormous worldwide box office take for Fanny Hill”.

Román (credited in Germany as Laetitia Roman) stayed for some more German ‘comedies’ such as Heirate mich, Cherie/Marry me, Cherie (Axel von Ambesser, 1964) with Paul Hubschmid, and An der Donau, wenn der Wein blüht/When the Grapevines Bloom on the Danube (Géza von Cziffra, 1965) with Hansjörg Felmy.

She also appeared in one of the Karl May Westerns, Old Surehand/Flaming Frontier (Alfred Vohrer, 1965) featuring Stewart Granger and Pierre Brice as Winnetou.

Her last European film was the Eurospy thriller Comando de asesinos/High Season for Spies (Julio Coll, 1966) with Antonio Vilar. Her film career had petered out, and she returned to Hollywood. There she only got guest roles in TV series like The Man from U.N.C.L.E. (1966), Mannix (1967) and The Andy Griffith Show (1968).

In 1966, she was engaged to TV-producer Aaron Spelling. The two broke it off in 1967 when Aaron met Carol Candy Spelling. At the end of the 1960s Román retired from show business and started a career as real estate broker in California under the name Letizia Gelles.

According to IMDb, she became a Beverly Hills real estate broker in the 1980s. She also was the president of the Italy-America Chamber of Commerce West (IACCW) in Los Angeles. In 2012 she retired from her career as a California real estate agent and returned to Italy. Letícia Román has a son, Oliver John Gelles.


Clip from Gold of the Seven Saints (1961) with Clint Walker. Source: Theodorebear2009 (YouTube).