Beloved, down-to-earth character actor Raimu (1883 – 1946) was one of the major stars of the French cinema in the 1930’s. He started his career as a comedian at the Folies Bergère and other major Paris venues, and in 1929 he had his breakthrough as a serious actor with his part as César in the Marseille trilogy Marius-Fanny-César by Marcel Pagnol. 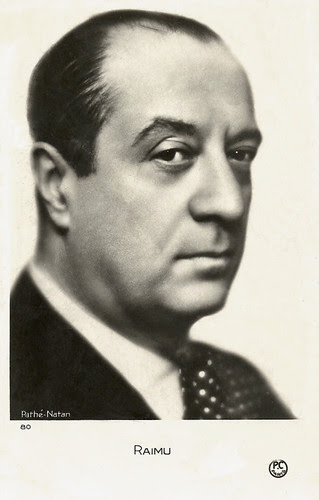 Folies Bergère
Raimu was born as Jules Auguste Cesar Muraire in the harbour town of Toulon, France in 1883. His father was an upholsterer. At the age of 16, he made his stage debut by imitating his comic idols Félix Mayol and Polin. He went on to perform in dance halls, cafe concerts and bars in the Provence. His stage name was Rallum, but later he changed it into Raimu. He was sometimes credited as Jules Raimu. He came to the attention of the singer and music hall director Félix Mayol who was also from Toulon. In 1908 Mayol gave him a chance to work as a secondary act in the Paris theaters. Raimu made his film debut in Le fumiste/The Humbug (1912, Gérard Bourgeois). The following years he appeared in more short silent films but nothing much came of them. After this disappointment, Raimu would not appear on screen for more than a decade. Primarily a comedian, in 1916 writer/director Sacha Guitry gave him significant parts in productions at the Folies Bergère and other major venues. He starred in the premiere of Messager's operetta Coups de roulis in 1928. In 1929, he gained wide acclaim for his serious role as César Olivier in Marcel Pagnol’s play Marius. César is the father of the young sailor Marius. Marius works in his father’s waterfront bar in Marseille, but longs to travel to exotic places with the ship crews that part from the docks. Only his love for the vendor Fanny keeps him on shore. César, with his generous, comic spirit, tries to guide his son. The play was an astonishing success and was soon followed by the plays Fanny and César. 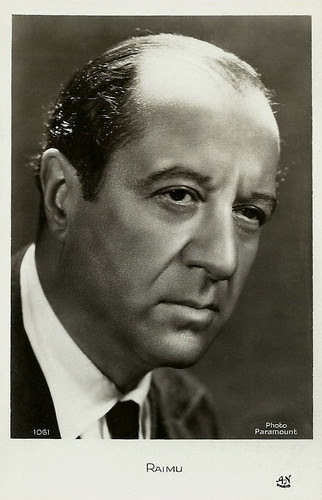 The Rest Is History
Although he was reluctant about the cinema, Raimu agreed to act in the early sound film Le Blanc et le Noir/Black and White (1930, Marc Allégret, Robert Florey) written by Sacha Guitry. It was a success. A year later he reprised his role as the grubby, iron-willed César in the film adaptation of Marius (1931, Alexander Korda), featuring Pierre Fresnay as Marius and co-produced by author Marcel Pagnol. Gary Brumburg writes at IMDb: “Raimu transferred the role of Cesar brilliantly to film in 1931 and the rest is history. So Marius was soon followed by the sequels Fanny (1932, Marc Allégret) featuring Orane Demazis, and César (1936, Marcel Pagnol). According to Brumburgh the three films have been ‘arguably celebrated as the greatest series ever put together’. By his late forties, Raimu had become one of France’s most noted actors, both on stage and in the cinema. His best films include Un carnet de bal/Dance Program (1937, Julien Duvivier) with Marie Bell, the comedy Gribouille/Heart of Paris (1937, Marc Allégret) with Michèle Morgan in her first major film role, La Femme du boulanger/The Baker's Wife (1938, Marcel Pagnol), and L’Arlesienne (1942, Marc Allégret) with a young Louis Jourdan. In these films he swayed effectively from humor to great pathos. In 1943, Raimu took a three-year sabbatical from filmmaking when he was invited to join La Comédie Francaise, where he excelled in the plays of Molière. Shortly after making the Fyodor Dostoyevsky adaptation L'homme au chapeau rond/The Eternal Road (1946, Pierre Billon), Raimu died of a heart attack in Neuilly-sur-Seine. He was interred in the cemetery of his birthplace Toulon-sur-Mer where there is also the Cinéma Raimu Toulon named in his honor. In 1961, the French government honored him with a postage stamp. Raimy was married to Esther Metayer and they had a daughter, Paulette. His grand-daughter Isabelle Nohain created a small museum, le Musée-Espace Raimu in Cogolin, France. 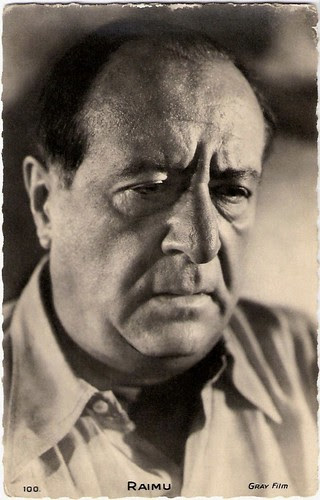 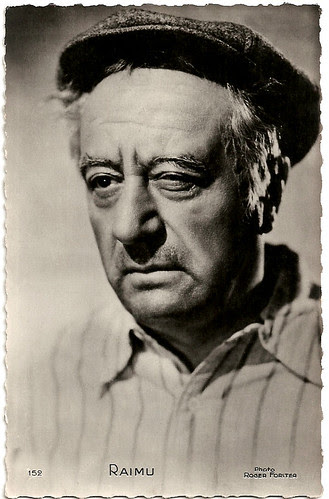