Imported from the USA: Dorothy Dandridge

Dorothy Dandridge (1922-1965) was an American film and theatre actress, singer and dancer. She is perhaps best known for being the first African-American actress to be nominated for an Academy Award for Best Actress for her performance in Carmen Jones (Otto Preminger, 1954). She was nominated for a Golden Globe Award for Porgy and Bess (Otto Preminger, 1959). Dandridge also appeared in a few European films. 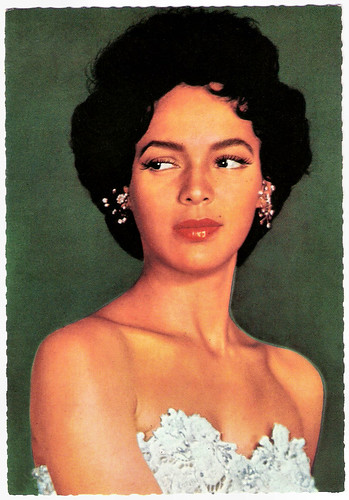 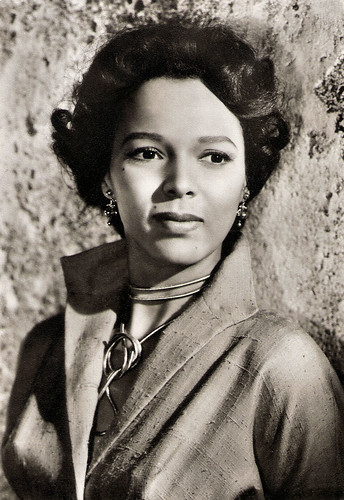 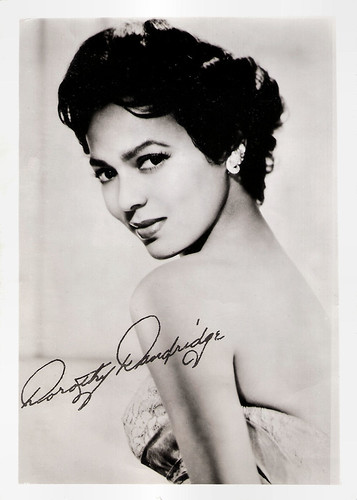 Under the prodding of her mother, Dorothy and her sister Vivian Dandridge began performing publicly, as the Wonder Children, later The Dandridge Sisters, usually in black Baptist churches throughout the country. Her mother would often join her daughters on stage.

During her early career, Dorothy appeared in a succession of films, usually in uncredited roles. Her film debut was a bit role in the Marx Brothers comedy, A Day at the Races (Sam Wood, 1937). She also performed as a vocalist in the Cotton Club and the Apollo Theater.

Her breakthrough was her title role in the all-black production of Carmen Jones (Otto Preminger, 1954). Dandridge's performance as the sultry title character made her one of Hollywood's first African-American sex symbols. Carmen Jones became a worldwide success, eventually earning over $10 million at the box office and becoming one of the year's highest-earning films. 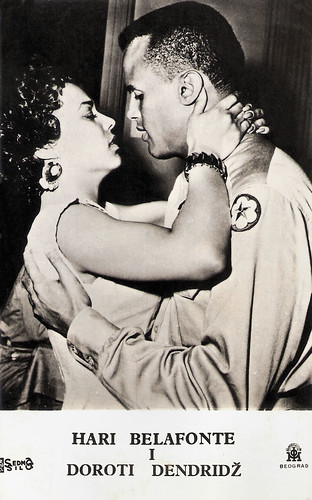 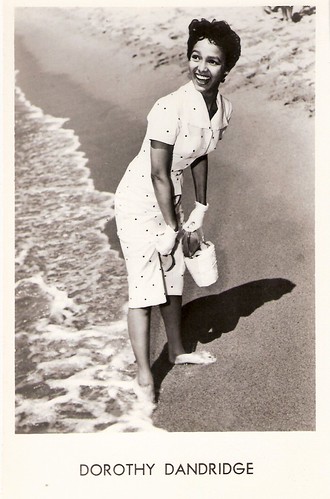 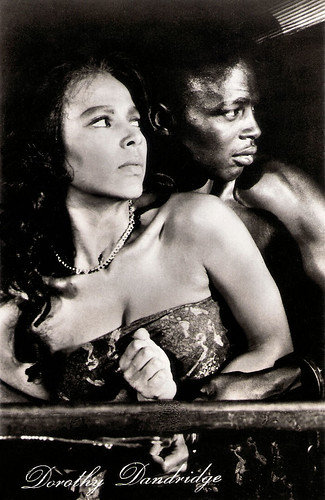 In 1957, after a three-year absence from film acting, Dorothy Dandridge agreed to appear in the film version of Island in the Sun (Robert Rossen, 1957), opposite an ensemble cast, including James Mason, Harry Belafonte, Joan Fontaine, Joan Collins, and Stephen Boyd.

Island in the Sun was controversial for its time, and the script was revised numerous times to accommodate the Production Code requirements about interracial relationships. There occurred, however, an extremely intimate loving embrace between Dandridge and John Justin that succeeded in not breaching the code. Despite the behind-the-scenes controversy and unfavorable critical reviews, the film was one of the year's biggest successes.

Dandridge next starred opposite Curd Jürgens in the Italian production of Tamango (John Berry, 1958). A reluctant Dandridge had agreed to appear in the film only after learning that it focused on a nineteenth century slave revolt on a cargo ship travelling from Africa to Cuba.

However, Dandridge nearly withdrew her involvement when the initial script called for her to swim in the nude and spend the majority of the film in a two-piece bathing suit made of rags. When Dandridge threatened to leave the film, the script and her wardrobe was retooled to her liking.

In 1959, she was nominated for a Golden Globe Award for Porgy and Bess (Otto Preminger, 1959). However, when the film was released, it was critically bashed and failed to recoup its financial investment. 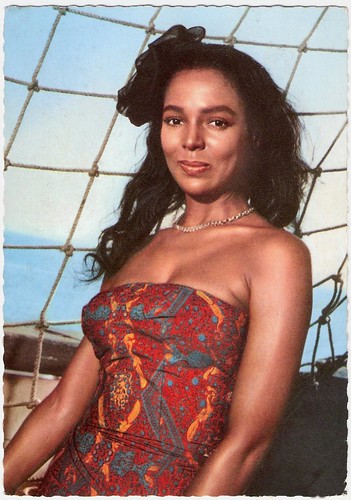 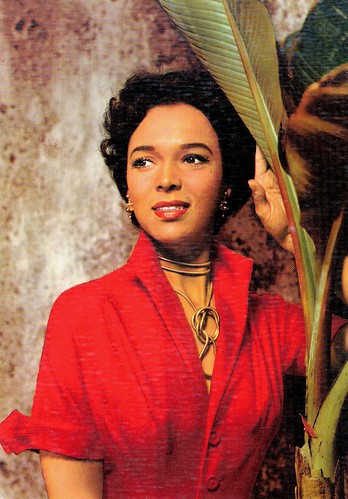 Italian postcard by Rotalfoto, Milano, no. 82.

Dorothy Dandridge next filmed a low-budget British thriller Malaga (László Benedek, 1960) in which she played a European woman with an Italian name. The film, co-starring Trevor Howard and Edmund Purdom, plotted a jewel robbery and its aftermath.

Howard and Dandridge created some strongly understated sexual tension in the film. Malanga was withheld from a theatrical release abroad until 1960, but went unreleased in the United States until 1962. It was her final completed film appearance.

Dandridge was married and divorced twice. From 1942 till 1951, she was married to dancer and entertainer Harold Nicholas of the Nicholas Brothers. They had a daughter, Harolyn Suzanne Nicholas, who was born brain-damaged.

In 1959 she married hotel owner Jack Denison. They divorced in 1962 amid financial setbacks and allegations of domestic violence. At this time, Dandridge discovered that the people who were handling her finances had swindled her out of $150,000 and that she was $139,000 in debt for back taxes.