French actress Dany Robin (1927-1995) was the pert, delicate-looking star in comedies and melodramas of the late 1940s till the late 1960s. The blonde dish with the piled-high hairdo was a one-time threat to the sexy, kittenish Brigitte Bardot. 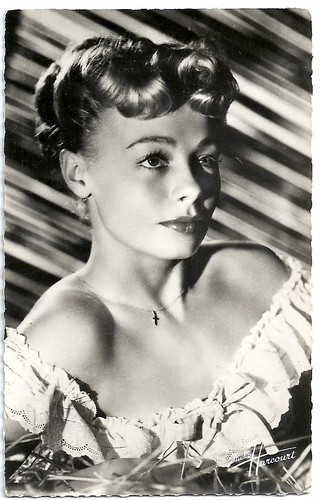 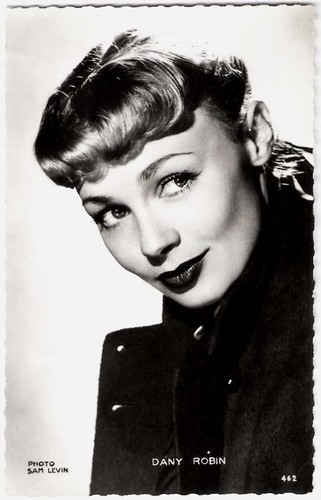 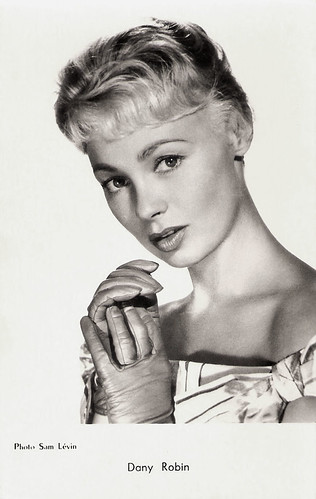 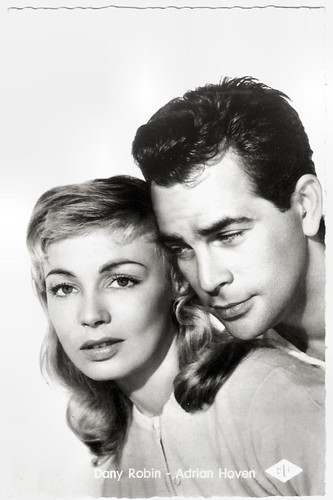 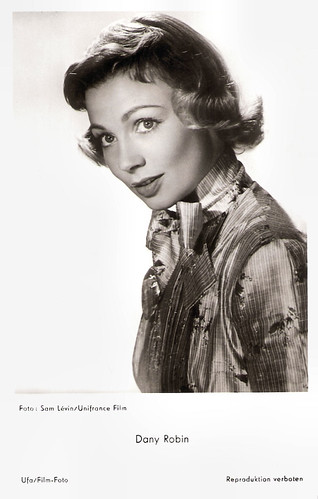 
Danielle Robin was born in Clamart near Paris, France, in 1927. As a child, Robin trained as a ballerina and eventually made her way to the Opera de Paris under Roland Petit.

At age 19, however, she opted for a film career. Studying at the Conservatoire d'Art Dramatique in Paris, she made her screen debut in the melodrama Lunegarde (Marc Allégret, 1946) with Gaby Morlay.

She worked for such legendary directors as Marcel Carné in Les portes de la nuit/Gates of the Night (1946), and René Clair in Le silence est d'or/Man About Town (1947) opposite French sensation Maurice Chevalier. The latter film was her first real break.

The romance Six heures à perdre also featured the young Louis de Funés, and he and Robin would team up again in the comedies Elle et moi/She and Me (Guy Lefranc, 1952), and Frou-Frou/The Toy Wife (Augusto Genina, 1955).

Other popular films were La fête à Henriette/Henriette (Julien Duvivier, 1952), a Pirandellian comedy about the art of film making, and Les dragueurs/The Chasers (Jean-Pierre Mocky, 1959). Although she was a popular star, journalists awarded her twice (in 1953 and 1954) the Lemon Prize, as the nastiest French actress. 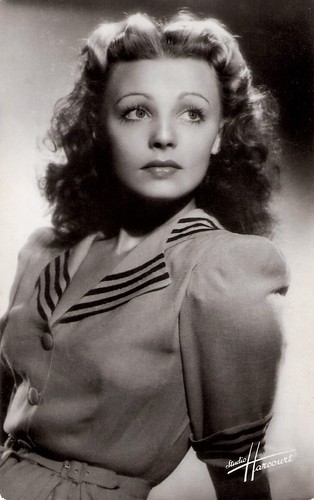 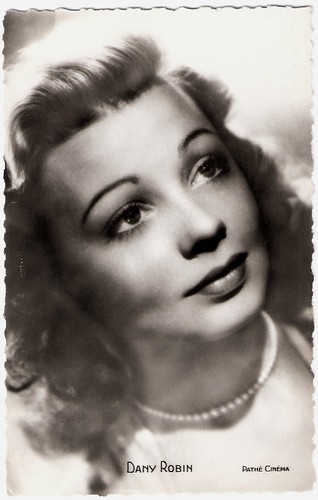 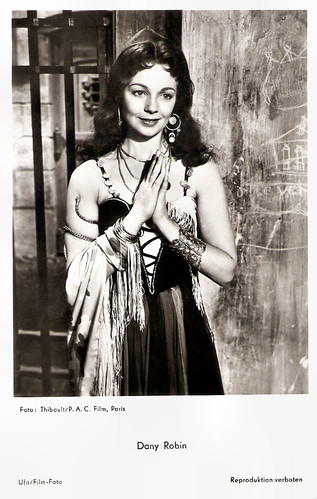 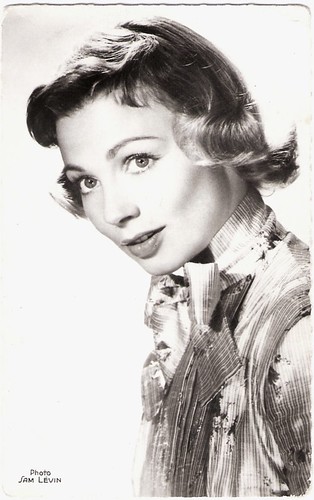 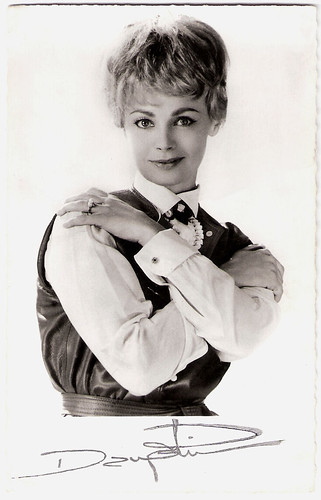 
Though most of her films were produced in France, Dany Robin also worked internationally. The lithe and luscious actress was the female lead opposite Kirk Douglas in the Hollywood production Act of Love (Anatole Litvak, 1953), a bittersweet love story about the star-crossed relationship between a World War II GI and a young Parisian during the Allied liberation of Paris.

She performed with Peter Sellers in the British sex comedy Waltz of the Toreadors (John Guillermin, 1962), and she co-starred with Connie Francis and Paula Prentiss in Follow the Boys (Richard Thorpe, 1963).

In Great Britain she appeared in the thirteenth Carry On film, Don't Lose Your Head (often called Carry On Don't Lose Your Head) (Gerald Thomas, 1966). Set in France and England in 1789 during the French revolution, it is a parody of Baroness Orczy's The Scarlet Pimpernel. Carry on-regular Sid James is the Black Fingernail, a rip-off Scarlet Pimpernel using double entendres and a wide variety of disguises.

In 1969. she married the Irish producer/agent Michael Sullivan and retired. Both died tragically during a fire in their apartment in Paris in 1995. Dany Robin was 68. 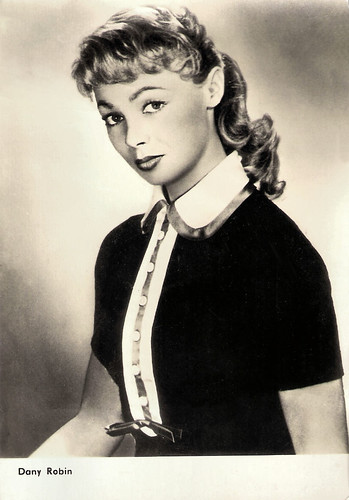 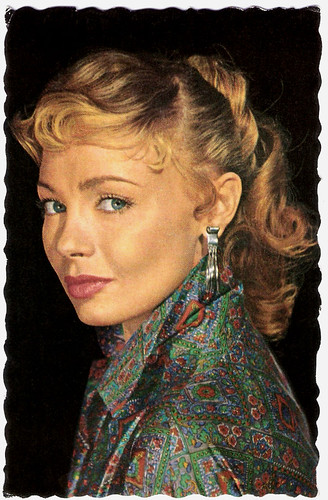 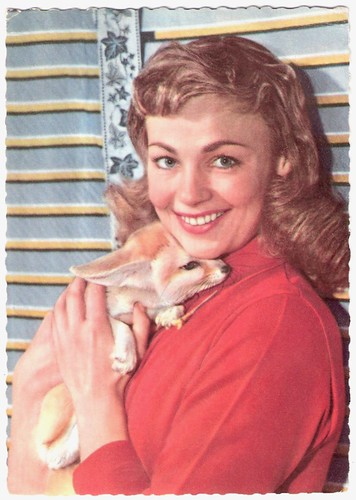 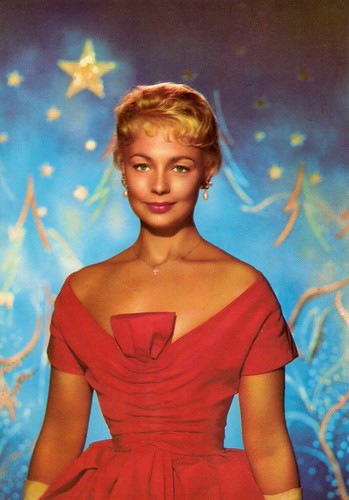 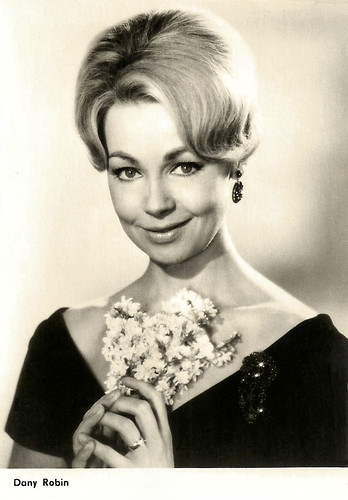