On 13 June 2017, Italian-German actress and model Anita Pallenberg died. She was a style icon and one of the 'it-girls' of the 1960s. Pallenberg was the lover of Rolling Stones member Brian Jones, and later, from 1967 to 1980, the partner of Stones guitarist Keith Richards, with whom she had three children. Over a 40-year span, Pallenberg appeared in over a dozen films including such cult films as Barbarella (1968), Candy (1968) and Performance (1970). 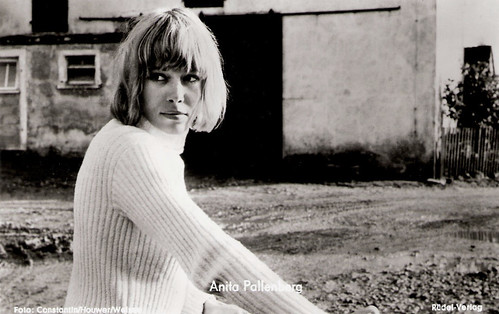 
Anita Pallenberg was born in 1942 in German-occupied Rome. Her parents were Arnold ‘Arnaldo’ Pallenberg, an ethnic German Italian sales agent, amateur singer and hobbyist painter, and Paula Wiederhold, a German embassy secretary. The family was separated because of the war, and she did not see her father until she was 3 years old.

Her father later sent her to a boarding school in Germany to help her master the language. She became fluent in four languages at an early age. She was expelled from school when she was 16, after which she spent time in Rome while La Dolce Vita (Federico Fellini, 1960) was being filmed. She met its director Federico Fellini, other filmmakers such as Luchino Visconti and Pier Paolo Pasolini, and the novelist Alberto Moravia.

In 1963, she went to New York, where she was active in the Living Theatre, starred in the play Paradise Now, which featured onstage nudity, and became part of the trendsetting pop art milieu that orbited around Andy Warhol and his Factory studio.

She then began her career as a fashion model in Paris. One of her first film appearances was as The Great Tyrant in Roger Vadim's science fiction film Barbarella (1968); the character's voice was dubbed by Joan Greenwood. She played the sleeper wife of Michel Piccoli in Dillinger è morto/Dillinger Is Dead (Marco Ferreri, 1969).

Pallenberg also had roles in the German crime thriller Mord und Totschlag/A Degree of Murder (Volker Schlöndorff, 1967), which featured music by Brian Jones; and the sex farce Candy (Christian Marquand, 1968) as James Coburn's possessive nurse Bullock. She appeared in Volker Schlöndorff's Michael Kohlhaas – Der Rebell/Man on Horseback (1969), featuring David Warner. The film was based on a novel by Heinrich von Kleist and filmed in Slovakia.

Pallenberg also played the role of Pherber in the dark, experimental crime drama Performance (Donald Cammell, Nicolas Roeg, 1970), starring James Fox and Mick Jagger. She co-wrote the screenplay with Donald Cammell and had no intention of playing in the film. She ended up replacing the original actress at the last minute due to a medical emergency. The film was shot in 1968, but Warner Bros. waited two years to distribute the film because of its graphic violent and sexual content. It initially received a mixed critical response but gained a cult following, and since then its reputation has grown in stature; it is now regarded as one of the most influential and innovative films of the 1970s as well as in British cinema. 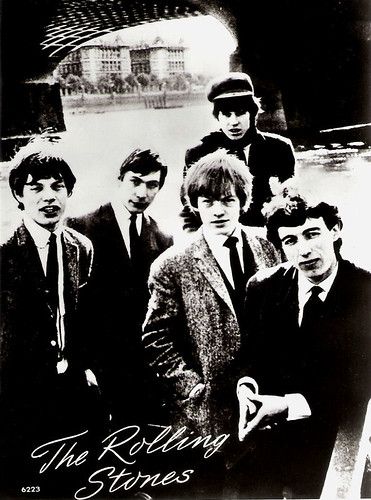 
Anita Pallenberg is best known for her romantic involvement with Rolling Stones' band members Brian Jones and later Keith Richards. Pallenberg first met the band in 1965 in Munich, where she was working on a modelling assignment, and before they had made it big. Jones spoke German and they began a friendship that turned into two-year relationship. She later recalled that they took a lot of acid during this time, but it caused Jones to have nightmares.

She ended her relationship with Jones in 1967 after he became violent toward her during a vacation in Morocco, where he was then hospitalised. He died in 1969. In Morocco, Keith Richards saw Jones assaulting Pallenberg, and pulled her away and then took her back to England, where she moved in with him.

She and Richards began a relationship that lasted until 1980, although they never married. Richards' lifestyle was not conducive to fatherhood, Pallenberg later explained. She was trying to raise their two young children but Richards was up all night and slept all day. She eventually was able to detox herself from drugs but Richards continued to use. In 1981, after Richards and Pallenberg had split up, Richards stated that he still loved Pallenberg and saw her as much as he ever did, although he had already met his future wife, Patti Hansen.

There were rumours that Pallenberg also had a brief affair with Mick Jagger during the filming of Performance, and Keith Richards states in his autobiography Life that it happened. Pallenberg later always denied the affair. She spent a lot of time with singer Marianne Faithfull, Jagger's girlfriend in the late 1960s, who remained a friend of Pallenberg's. They appeared together in the episode Donkey (2001) of the BBC sitcom Absolutely Fabulous in which Faithfull plays God and Pallenberg The Devil.

In July 1979, 17-years old Scott Cantrell committed suicide in Keith Richards's New York apartment while supposedly playing Russian Roulette. Pallenberg was in the same room as Cantrell during the incident, while her 10-year-old son Marlon was watching television with a family friend downstairs. Pallenberg claimed to not have witnessed the incident and that she took Cantrell in about a year earlier since he had no other place to stay at. Pallenberg was charged with having handguns without a permit and possessing a stolen gun.

In 1985, Duran Duran used a clip of Anita Pallenberg from Barbarella for the video of their hit song Wild Boys. She portrayed the impersonator The Queen in the comedy-drama Mister Lonely (Harmony Korine, 2007) with Diego Luna, and played a character named Sin in Go Go Tales (Abel Ferrara, 2007). She also appeared in the Colette adaptation Chéri (Stephen Frears, 2009), starring Michelle Pfeiffer and Rupert Friend, in Napoli, Napoli, Napoli (Abel Ferrara, 2009) and in the Apocalyptic drama 4:44 Last Day on Earth (Abel Ferrara, 2011), starring Willem Dafoe.

Monet Mazur played a young Pallenberg in the film Stoned (Stephen Woolley, 2005), a biographical film about the last year of Brian Jones' life. Pallenberg and Richards together had three children: son Marlon Leon Sundeep (1969), daughter Dandelion Angela (1972), and a son Tara Jo Jo Gunne who died in his cot 10 weeks after birth. Pallenberg later stated that she first became pregnant in 1968, but that she was pressured to have an abortion so she could take part in the film Performance, which caused her to feel extremely resentful. She became pregnant again with Marlon during the filming.

After Tara Jo Jo's death, Keith's mother blamed Pallenberg and said she was an unfit mother, and took Angela to live with her. Pallenberg raised Marlon mostly on the road with the band, teaching him to read and write. When Marlon was 8, she moved into a house in Westchester, New York so he could have a more routine life and go to school. In later years, she lived in Chelsea, London, but spent the winters in Jamaica.

Anita Pallenberg died in Chichester, England in 2017, aged 75. She is survived by her two children and five grandchildren.