Elegant French actor Gaston Jacquet (1883–1970) started his film career during the early silent film era. He played in many films of director Julien Duvivier during the 1920s and 1930s. 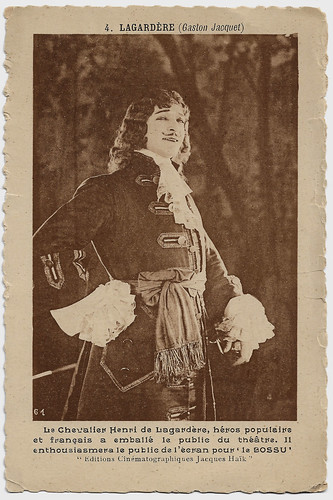 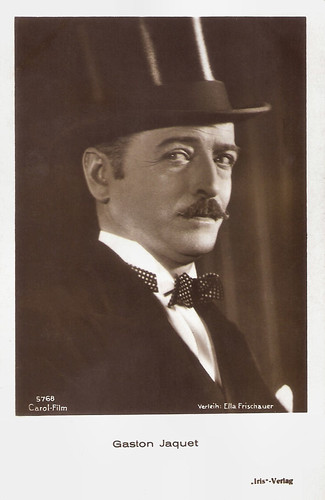 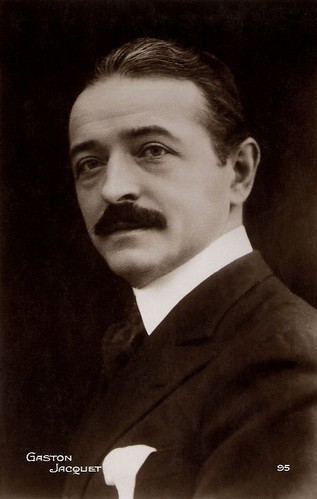 French postcard by Cinémagazine Edition, no. 95. 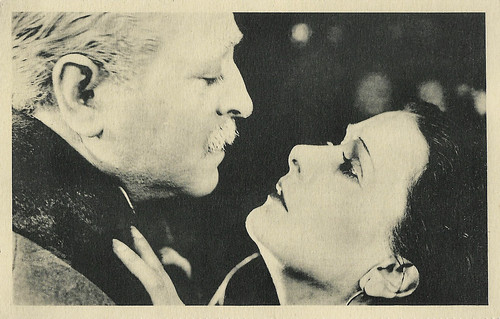 Gaston Jacquet was born as Émile Marius Jacquet in Lanas, France in 1883.

He started his film career with such silent films as Qui a tué?/Who killed? (Pierre Marodon, 1919) with Elmire Vautier, Le sang des immortelles/The blood of the immortals (André Liabel, 1919) with Marcel Vibert, and Celle qui n'a pas dit son nom/The one who did not say her name (Maurice de Marsan, 1919).

In the early 1920s, he played in dozens of films, such as Les femmes des autres/The Wives of Others (Pierre Marodon, 1920) starring Renée Sylvaire, as De Winter in Les trois mousquetaires/The Three Musketeers (Henri Diamant-Berger, 1921) with Aimé Simon-Girard as D’Artagnan, and L'ouragan sur la montagne/The Hurricane on the Mountain (1922), directed by the young Julien Duvivier.

Their biggest success was the funny extravaganza Le mystère de la tour Eiffel/The Mystery of the Eiffel Tower (Julien Duvivier, 1927) with the boy Jimmy Gaillard, who would become an actor when he grew up.

DB DuMonteil at IMDb about the sole remaining copy in the Dutch Eye Institute: “The best of what remains of the original work is the final scenes, on the Eiffel Tower, where Duvivier already showed he would be one of the greatest French directors of all time. He filmed the famous tower in a way that is almost frightening: the steel frames, the cables, everything creates a new world where men are like spiders on a giant web, while the crowd looks like ants on the Champ De Mars.”

One of his last silent films was Prix de beauté/Beauty Prize (Augusto Genina, 1930) about which James Travers at Films de France writes: “Prix de beauté was one of the last silent masterpieces, directed by Augusto Genina and scripted by René Clair (himself a great director). Released at a time when sound films were becoming the norm, this film was largely overlooked and has only comparatively recently received the attention it deserves. The film stars Louise Brooks in the role of the eponymous tragic femme fatale, a part that suits the beautiful young actress perfectly.” 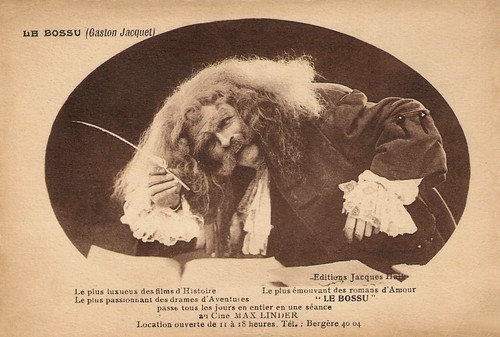 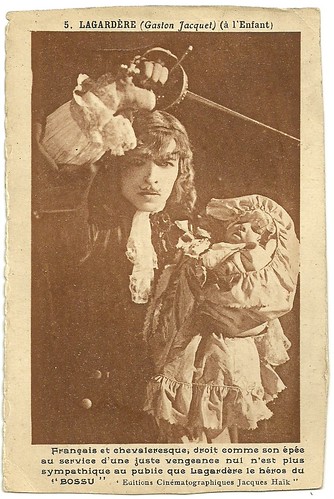 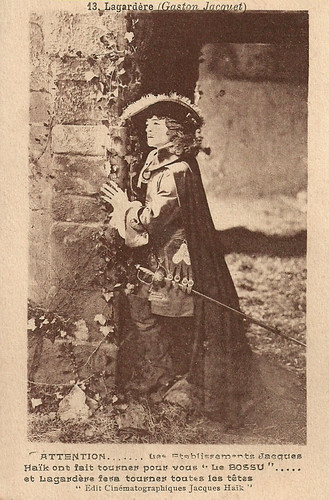 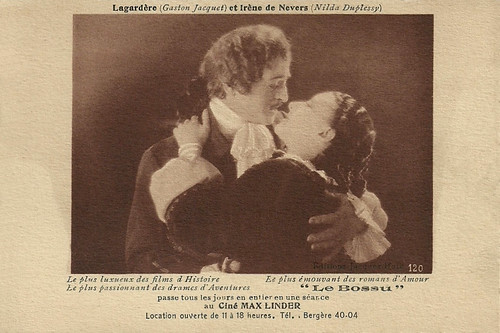 In the sound era, Gaston Jacquet continued to appear in international productions and reunited with Anny Ondra in the German comedy Das Mädel aus U.S.A/The Girl from the USA (Carl Lamac, 1930).

DB DuMonteil at IMDb thinks it is “Probably Duvivier's pre-war peak. His pessimism reaches here such unbelievable heights that we're brooding all along the movie and long after having seen it.”

From then on Jacquet’s film appearances became smaller and more incidental. He was seen in such films as Jeunes filles en détresse/Girls in Distress (Georg Wilhelm Pabst, 1939) with Micheline Presle in one of her first roles, and La neige sur les pas/The snow on the steps (André Berthomieu, 1942) starring Pierre Blanchar.

His final film appearance followed 15 years later. It was a small part in another film by his old pal Duvivier, Pot-bouille/Lovers of Paris (Julien Duvivier, 1957) starring Gérard Philipe. 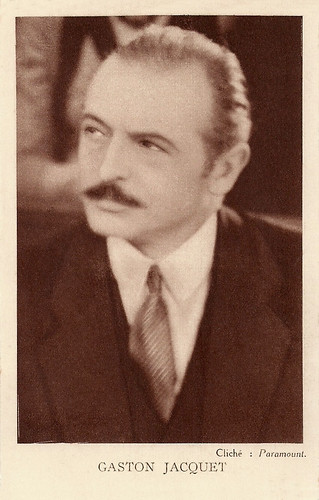 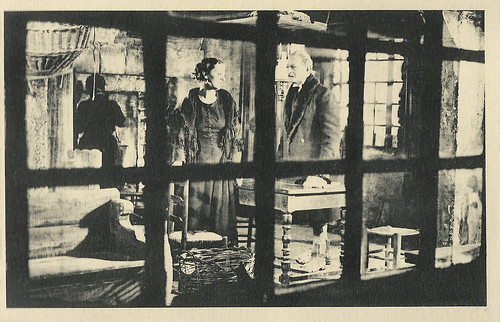 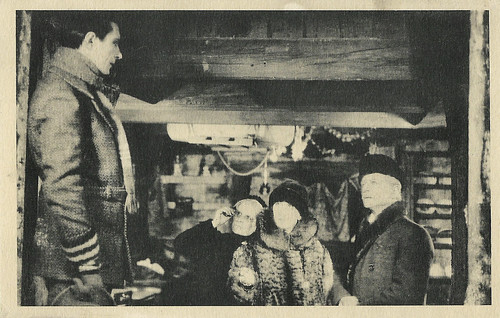