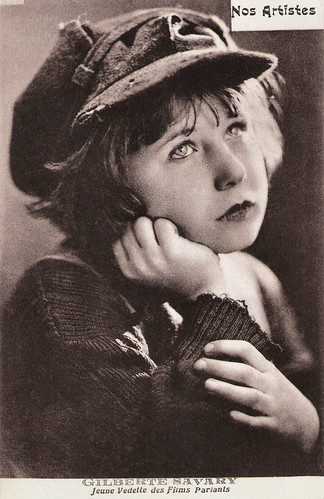 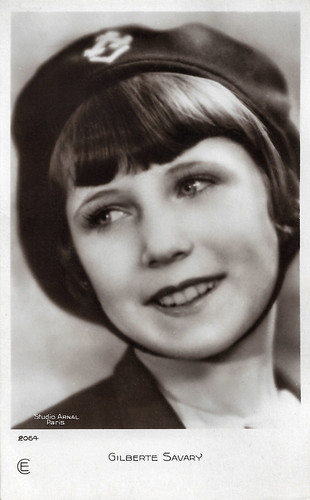 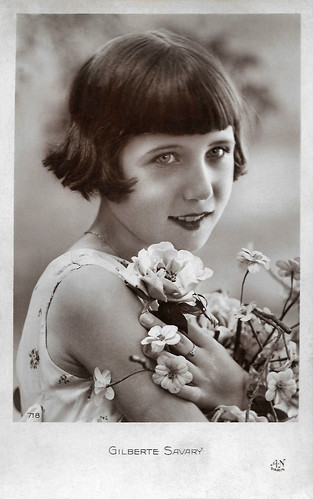 The daughter of a clown

Gilberte Thérèse Louise Savary was born in 1921 in Paris.

She made her film debut as a little girl in the silent film La faute de Monique/Monique’s fault (Maurice Gleize, 1928), with Sandra Milovanoff and Rudolf Klein Rogge.

She had one of the leading roles in the circus drama La ronde des heures/Round of Hours (Alexandre Ryder, 1931) as the daughter of clown André Baugé. The success of the film made her a child star and in 1931, she appeared in a total of four films.

One was a bit role in Tout ça ne vaut pas l'amour/All that is not worth the love (Jacques Tourneur, 1931) with Marcel Lévesque and the young Jean Gabin both falling in love with Josseline Gael. 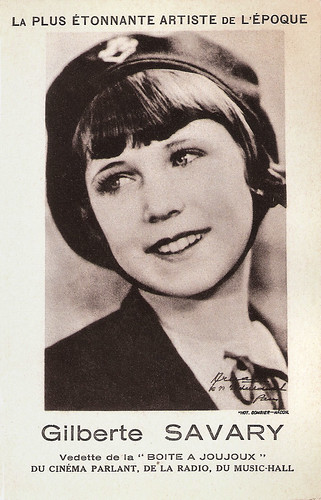 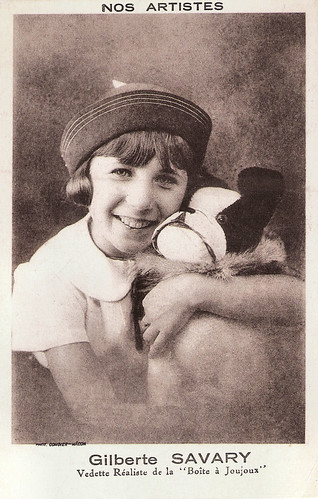 In 1923, director Jacques de Baroncelli had made the fairy tale-like Le rêve/The Dream (1923), a silent film version of the sixteenth volume in Emile Zola's Rougon-Macquart saga.

In 1931 he made a sound version, Le rêve/The Dream (1931), now with Gilberte Savary as a lost child who is adopted by a humble family. When she has grown up, the girl (now played by Simone Genevois) falls in love with the bishop's son (Jaque Catelain), and the old man who plans a beau marriage is not prepared to accept it.

D.B. DuMonteil at IMDb: “The painstaking pictures, the use of the settings in the cathedral and of the canticles create a mystical atmosphere. Unfortunately, the two lovers verge on ludicrous. Simone Genevois's and Jacques Catelain's playing make the movie some kind of middle-brow show. A curiosity.”

Now an adolescent, Gilberte retired from the screen. Marlene Pilate suggests at La Collectionneuse that Savary possibly also worked on stage and for the radio. And indeed Gilberte Savary appeared as variety artist singing chansons in theatres, even in the Netherlands in 1938.

Little is known about her later life. Gilberte Savary died in 1992 in Clayes-sous-Bois near Paris, when she was 70. 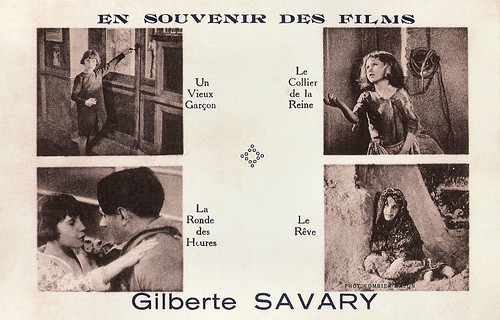 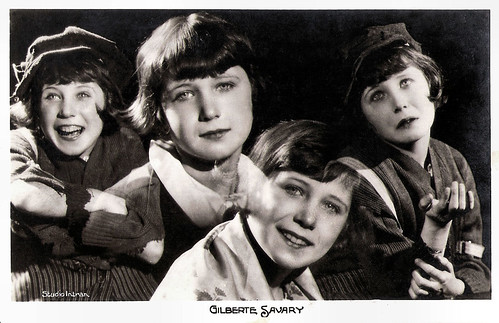