During The Netherlands Film Festival, we join the fun with our little The Netherlands Film Star Postcard Festival. The 38th edition of NFF takes place from 27 September till 5 October 2018, and celebrates the achievements of Dutch filmmakers. One of them is Herman van Veen (1945), a man of many talents. He is considered to be an author, musician, singer/songwriter, and actor. With his shows, the self-proclaimed 'Dutch clown with the bald head' became famous in and outside Europe. He also appeared in and directed a few films and is the creator of Alfred J. Kwak, a brave little duck featured in a 52-episode cartoon TV series. 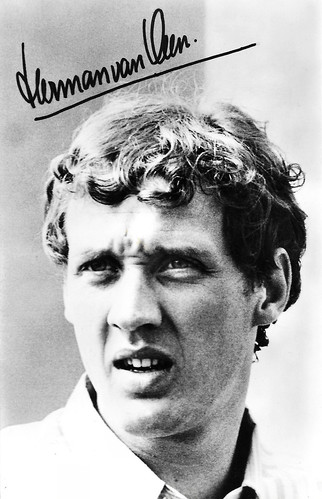 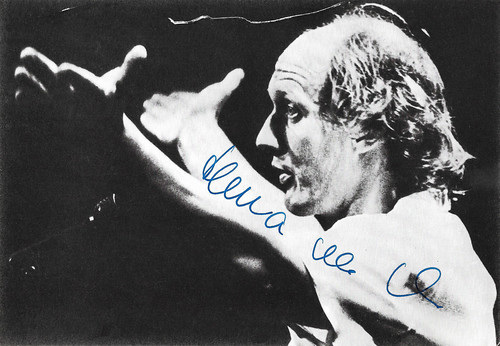 Intrigued by troubadours and trouveres


Hermannus Jantinus van Veen was born in 1945 in Utrecht, the Netherlands. He grew up with two sisters in a working class family. His father, a printer, was active in the Resistance; one of his grandfathers was the champion billiards player of Holland.

Educated in Montessori schools, Van Veen attended the Utrecht Conservatory, where he studied violin and voice. There, he became fascinated by the works and performers of the Middle Ages. While a student, he met his musical partner Erik van der Wurff, who has been part of his show ever since.

Intrigued by both the troubadours and the trouveres - the medieval clowns, jesters and chroniclers of the age - Van Veen began his career giving classical recitals in churches. Van Veen made his theatre debut in 1965 with Harlekijn, a musical, clownish solo show. The Theatre has occupied him ever since. Inspiration, he says, has come from Buster Keaton and Jacques Brel, Dario Fo and Bob Dylan.

Herman van Veen made his film debut opposite Monique van de Ven in the divorce drama Uit elkaar/Apart (1979), which he directed and produced himself. In 1981, Jos Stelling directed the nostalgic teen drama De pretenders/The Pretenders (1981), which was based on Van Veen's play Jukebox.

Very successful was the drama Ciske de Rat/Ciske the Rat (Guido Pieters, 1984) in which Van Veen starred as the father of the title character, played by Danny de Munk. A flop was the fairytale Nachtvlinder/Night butterfly (Herman van Veen, 1999) which starred Arthur Kristel, the son of Sylvia Kristel, and Van Veen's own daughter, Babette. 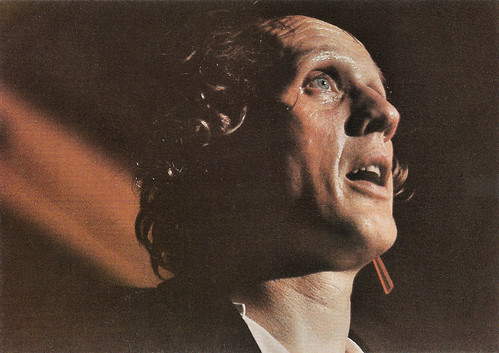 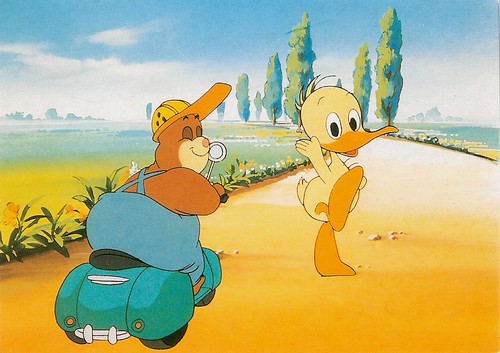 
In 1982 Herman van Veen made his Broadway debut. The engagement lasted 10 days at the Ambassador Theatre and received a withering review from The New York Times. Two years later he returned at Carnegie Hall, and in 1990 he made an American tour.

His performances are presented with quirky stage theatrics and ornate instrumentation. His music has an upbeat pop element that also contains baroque qualities to it. A published poet, he has written 52 episodes of the animated cartoon series Alfred Jodocus Kwak, about a peace-loving duck. For this series, he also composed the music and voiced some of the characters.

Van Veen has been a Goodwill Ambassador for UNICEF since 1965. In Utrecht, he helped start the humanitarian Colombine Foundation, which funds projects ranging from hospitals in Holland to factories in Manila.

Herman van Veen has received numerous awards for both his creative work and his charity work, including the Louis-Davidsring (1976), the Goldene Kamera (1991), the Grand Prix de l’Académie Charles Cros (2003), the World Peace Flame (2004), the Martin Buber Plaque (2005), the Edison Oeuvre Award Kleinkunst (2010) and the Münchhausen Award (2012).

To date, Herman van Veen has produced more than 180 CDs, more than 80 books as well as dozens of DVDs and screenplays. 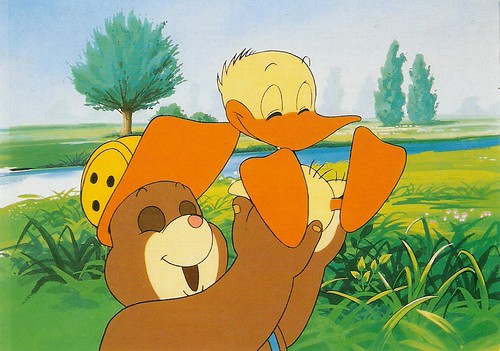 Alfred J. Kwak was created in the late 1980s by Van Veen. He made up the character and the stories for comic books for Unicef. The comics became such a hit in the Netherlands, that Unicef and a Japanese producer decided to make a animation series out of it. Alfred J. Kwak is the son of Johan Sebastian and Anna Kwak. When their beloved home is disturbed by the development of a new theme park, his parents are forced to move (along with all of their children). When the family is on their way to the farm of an uncle of a very good friend, Henk de Mol, Alfred's parents and all of his siblings are the victims of a tragic car accident. Henk de Mol takes upon him the task of raising the little duck as he was his own son. In the years to come, Alfred experiences a lot of adventures. Herman van Veen voiced three of its characters. One of them was Johan Kwak, Alfred's in-universe father. 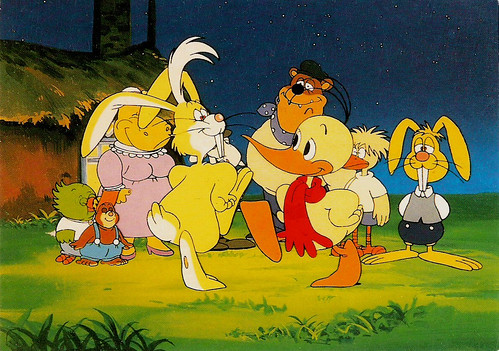