On 14 November 2018, German stage and film actor Rolf Hoppe (1930-2018) passed away. With his huge shape and nearly bald head, Hoppe mainly played many funny characters like professors, wealthy patriarchs and aristocrats in East-German films and on TV. He was also the villain in several Easterns, produced by the DEFA, the official East-German film studio. Since 1963, Hoppe had appeared in over 300 stage plays, TV-series and films. He was 87. 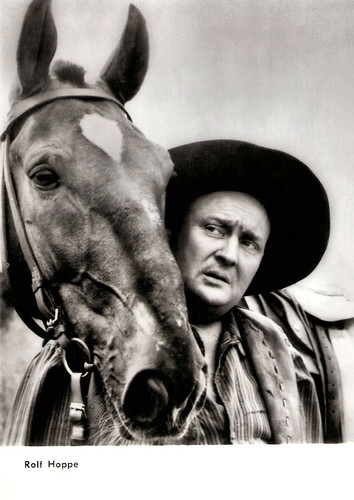 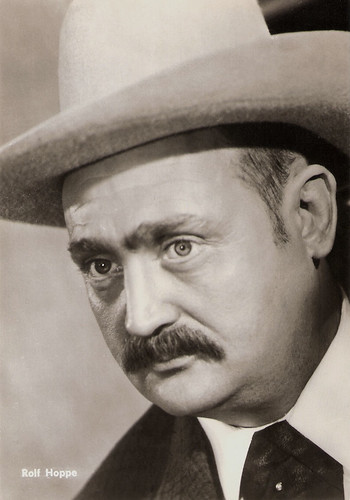 The typical Eastern Bloc countries' take on the Western

Rolf Hoppe was born in 1930 as son of a master baker in Ellrich, Thuringia, Germany - situated on the southern edge of the Harz. He started acting during his school time in FDJ (Free German Youth movement) amateur drama groups. After his apprenticeship as a baker, Rolf worked from 1945 to 1948, as a coachman. He then started an actors’ training at the in Erfurt.

Hoppe suffered from temporary vocal cord paralysis in 1950 and worked during this period as an animal keeper for Zirkus Aeros. He was later engaged at the Thalia Theater in Halle (Saale) and at the Young World Theatre in Leipzig. He acted at the Staatsschauspiel Dresden, the Deutsches Theater in Berlin, and the Salzburg Festival. He was internationally active in Switzerland, Italy, and China.

From 1964 on, Rolf Hoppe often appeared in films produced by the DEFA, the state-owned film studio in the German Democratic Republic (East-Germany). One of his first films was the drama Der Frühling braucht Zeit/The Spring Takes Time (Günter Stahnke, 1966), which was banned by the Communist authorities shortly after it was released.

He played villains in different ‘Osterns’ (the Eastern - the typical Eastern Bloc countries' take on the Western). An example is Spur des Falken/Trail of the Falcon (Gottfried Kolditz, 1968), starring Gojko Mitic as the Indian hero.

He also appeared in other Mitic films, Weiße Wölfe/White Wolves (Konrad Petzold, Bosko Boskovic, 1969), one of the most popular DEFA films ever, and Tödlicher Irrtum/Fatal Error (Konrad Petzold, 1970), also with Armin Mueller-Stahl. In 1971, Hoppe was awarded the National Prize of East Germany for artistic achievement. 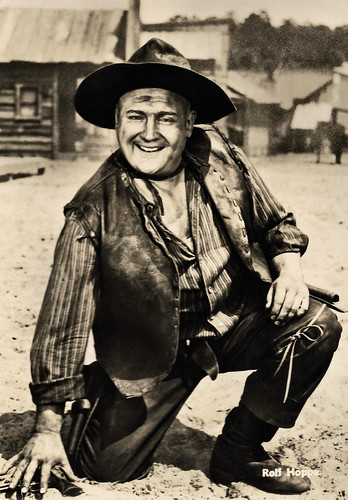 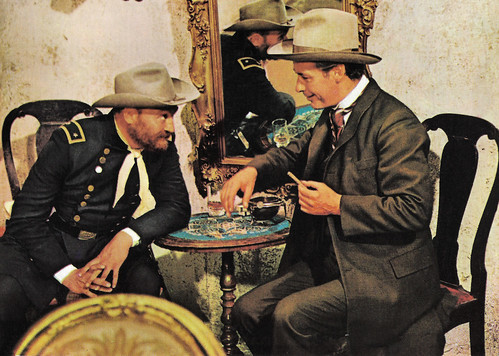 The hoax of the Hitler Diaries

In 1971, Rolf Hoppe won the GDR arts award for his portrayal of the dumb, but good-natured 'King Karl IV of Spain and both Indias' in Goya (Konrad Wolf, 1971) starring Donatas Banionis. Hoppe also appeared in the East-German Science Fiction film Eolomea (Herrmann Zschoche 1972) with Cox Habbema.

One of his most notable roles was that of General Tábornagy (Hermann Göring) in Mephisto (István Szabó, 1981), the film adaptation of Klaus Mann's novel Mephisto, starring Klaus Maria Brandauer as Hendrik Höfgen. The film was awarded the 1981 Academy Award for Best Foreign Language Film.

Hoppe had a supporting part in the satire Schtonk! (Helmut Dietl, 1992), a retelling of the hoax of the Hitler Diaries, starring Götz George. He also played Gauleiter Julius Streicher in another German success of the 1990s, Comedian Harmonists/The Harmonists (Joseph Vilsmaier, 1997), about the popular German vocal group the Comedian Harmonists of the 1920s and 1930s.

He then appeared in the Neo-Noir Palmetto (Volker Schlöndorff, 1998), based on the novel Just Another Sucker by James Hadley Chase. The film stars Woody Harrelson, Elisabeth Shue and Gina Gershon. Also interesting is the Jewish comedy Alles auf Zucker!/Go for Zucker (Dani Levy, 2004). Director Dani Levy, himself Jewish, made an ironic comedy about modern Jewish identity in present-day Germany. It was critically acclaimed in Germany and won a number of awards.

Hoppe was awarded the Federal Cross of Merit First Class in 2010. He returned to the big screen with turns in the Polish-German drama Swinki (Robert Glinski, 2009) and Wir wollten aufs Meer/Shores of Hope (Toke Constantin Hebbeln, 2012). While the Ken Follett TV adaptation Die Pfeiler der Macht/A Dangerous Fortune (Christian Schwochow, 2016) saw him as a strict patriarch and he also featured in two episodes of TV crime series Spreewaldkrimi his last appearance on the big screen next to Lars Eidinger and Jan Josef Liefers in Die Blumen von gestern/Bloom of Yesterday (Chris Kraus, 2016), once more as a funny professor.

In 2015, Rolf Hoppe was awarded the Deutscher Schauspielerpreis for his lifetime achievements. On 14 November 2018, the 87-years-old Rolf Hoppe passed away in his home in Dresden. Since 1962, he was married with Friederike, who had passed away a month earlier in October 2018. They had two daughters, Josephine and Christine. Christine Hoppe (1968), is also an actress. 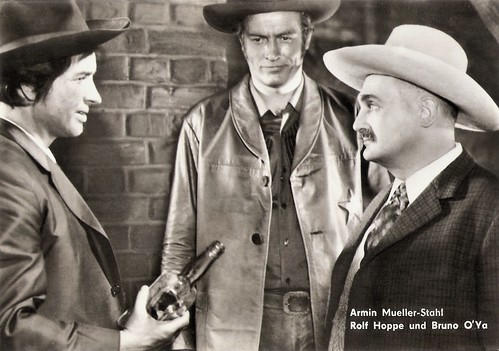 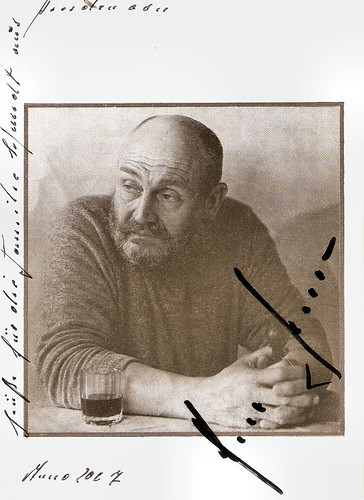