Lovely, auburn-haired American actress Martha Vickers (1925-1971) began her career as a model and cover girl. She is best known as Lauren Bacall's wild, thumb-sucking sister in the classic Film Noir The Big Sleep (1946). 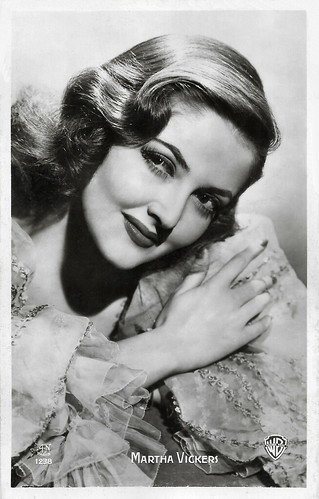 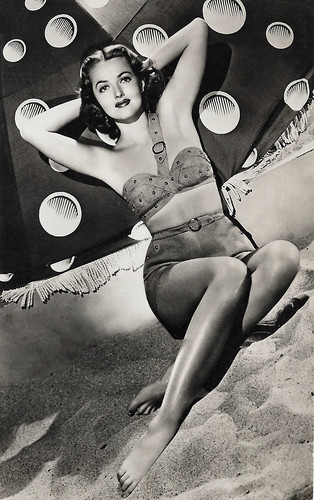 Playing the teenage nymphet 'bad girl' for all it was worth

Martha Vickers was born Martha MacVicar in 1925 in Ann Arbor, Michigan. She was the daughter of James S. and Frances MacVicar. Her father was an automobile dealer, and the family moved to Hollywood when he assumed control of an agency in Burbank, California.

Vickers was 15 at that time. A raving beauty, she broke into the entertainment field as a model for still photographer William Mortenson. This attracted the interest of David O. Selznick and she signed a starlet contract with him, but nothing came of it.

Next followed bit roles in such B-films as Captive Wild Woman (Edward Dmytryk, 1943) and The Mummy's Ghost (Reginald Le Borg, 1944). In between assignments, Martha earned WWII pin-up exposure in such magazines as Yank: The Army Weekly.

She worked first at Universal Studios and then at RKO Pictures. At Warner Bros., they gave her the star push, renaming her Vickers. She seemed to have her breakthrough as Carmen Sternwood, the promiscuous, drug-addicted younger sister of Lauren Bacall's character in The Big Sleep (Howard Hawks, 1946).

The film was based on Raymond Chandler’s novel of the same name. Chandler claimed that she gave such an incredible performance that she upstaged Lauren Bacall. Since the film was intended as a vehicle to promote the Bogart / Bacall chemistry that had been such a success for Warner Bros with To Have and Have Not (Howard Hawks, 1944), many of Martha’s scenes ended up on the cutting-room floor.

Gary Brumburgh at IMDb: "she generated some real heat (...) in the film noir classic The Big Sleep (1946), which also starred Humphrey Bogart, playing the teenage nymphet 'bad girl' for all it was worth. This major success quickly led to other 'B' roles and not necessarily all 'bad girl' parts. Highly appealing as the second femme lead in the pleasant musical The Time, the Place and the Girl (1946), Martha looked radiant but was overlooked for bigger things." 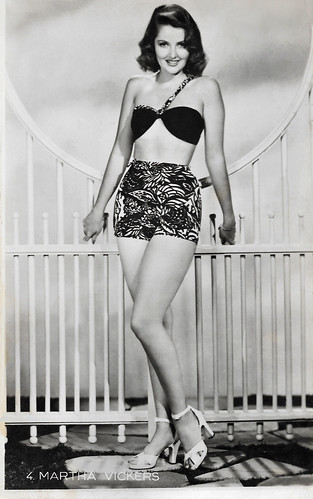 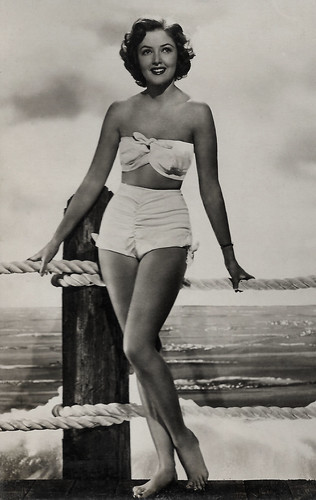 Martha Vickers continued and disrupted the proceedings again in the atmospheric Film Noir The Man I Love (Raoul Walsh, 1947) with Ida Lupino and finally earned leading lady status in That Way with Women (Frederick De Cordova, 1947) opposite Dane Clark.

In the Hollywood dating scene, she dated actor James Stewart and director Frederick De Cordova, and finally married producer A.C. Lyles in March of 1948, but the marriage was over within a couple of months.

Surprisingly, Martha's high-profiled second marriage in 1949 to film star Mickey Rooney (she was his third wife) did not advance her career. In fact, Martha was not seen in films at all during this period.

During the 1950s, she only appeared in the Film Noirs The Big Bluff (W. Lee Wilder, 1955) starring John Bromfield, and The Burglar (Paul Wendkos, 1957) with Dan Duryea and Jayne Mansfield. Her final film was the Western Four Fast Guns (William J. Hole Jr., 1960) starring James Craig.

She continued to act in television. One such appearance was in the Perry Mason episode, The Case of the Jaded Joker (1959), in which she played Sheila Hayes. Her final two performances, in 1960, were on the TV series The Rebel, starring Nick Adams as a former Confederate Army private who roams the Wild West.

Vickers was married three times; to A. C. Lyles (1948), Mickey Rooney (1949-1951) and to Chilean polo player-turned-actor Manuel Rojas (1954-1965). Her marriage to Rooney would be short-lived as well. They had one son, Teddy Rooney (1949), but the next year, Mickey Rooney had already hit the nadir of his career and had turned excessively to the bottle. With Rojas, Vickers had two daughters, Maria Christina Rojas and Marta Teresa Rojas.

In 1971, Martha Vickers died of esophageal cancer at Valley Presbyterian Hospital, in Los Angeles, California. She was only 46. She is buried in Valhalla Memorial Park Cemetery in North Hollywood, California. 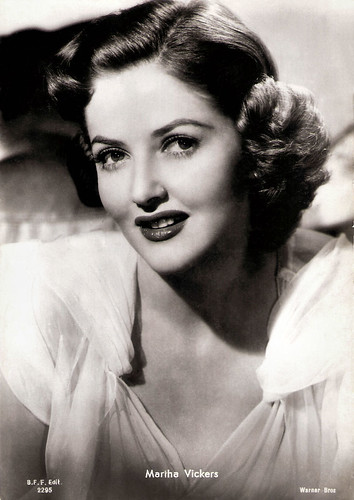 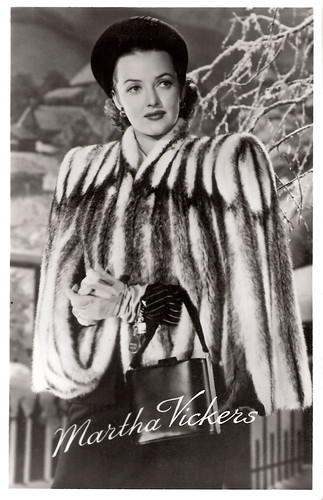