Since 1942, Italian actress Giovanna Ralli (1935) appeared in more than 80 films and TV series and during her career she worked with some of the greatest directors of the Italian cinema such as Vittorio de Sica, Federico Fellini, Roberto Rossellini and Ettore Scola. Twice she won the prestigious Nastri d'Argento award, including one for her supporting role in Scola’s classic comedy C'eravamo tanto amati (1974). 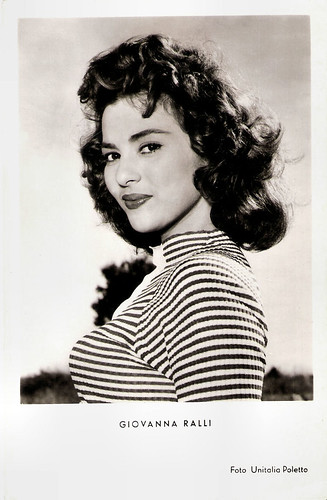 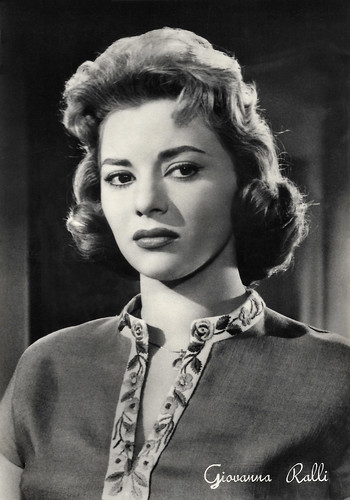 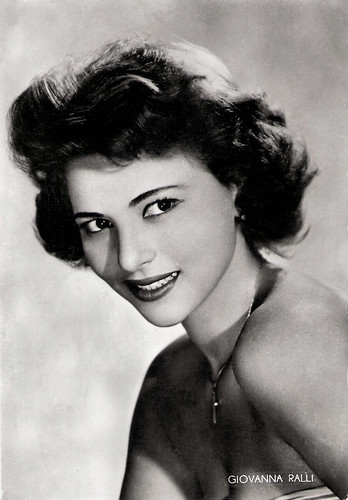 
Giovanna Ralli was born in Rome, Italy in 1935. She is the sister of actress Patrizia Lari.

Her most interesting film from this period was Federico Fellini’s directorial debutLuci del varietà/Variety Lights (1950), co-directed by Alberto Lattuada.

As she matured into a fresh beauty, she began to play tough, spontaneous young women. In the 1950s she stood out in films like Anni facile/Easy Years (Luigi Zampa, 1953), the anthology Amore in Città/Love in the City (Alberto Lattuada a.o., 1953), Villa Borghese/It Happened in the Park (Vittorio de Sica, Gianni Franciolini, 1953), Racconti romani/Roman Tales (Gianni Franciolini, 1955), and Le ragazze di San Frediano/Girls of San Frediano (Valerio Zurlini, 1954) with Rossana Podestà. 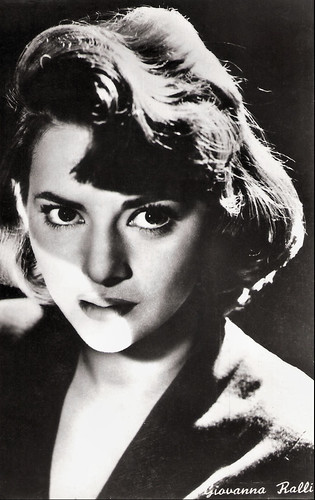 Spanish postcard by Soberanas, no. 205. 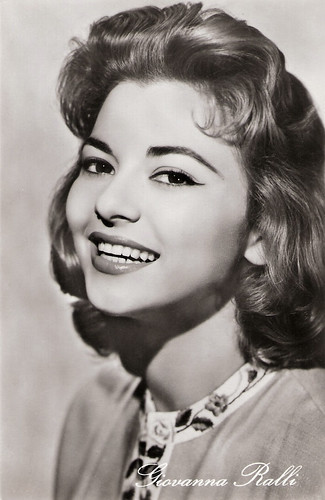 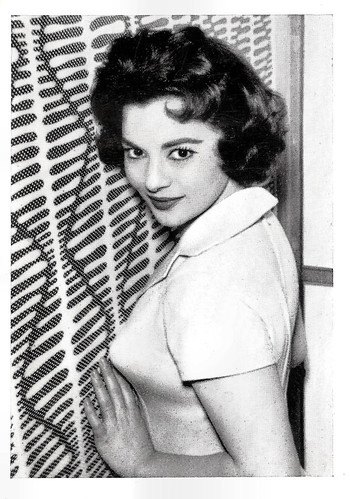 For her role in the lesbian romance La fuga/The Escape (Paolo Spinola, 1964) she won a Nastro d'Argento (the Silver Ribbon) as Best Actress.

Her international productions include the war comedy What Did You Do in the War, Daddy? (Blake Edwards, 1966) with James Coburn, and the crime drama Deadfall (Bryan Forbes, 1968) with Michael Caine. 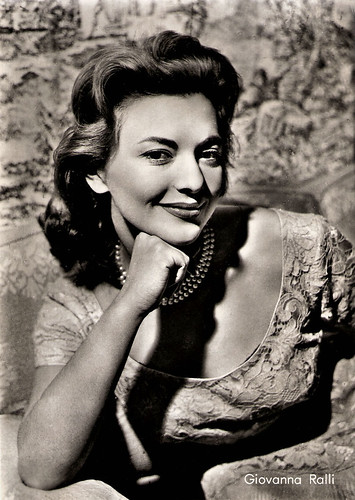 Italian postcard by Bromostampa, Milano, no. 189. 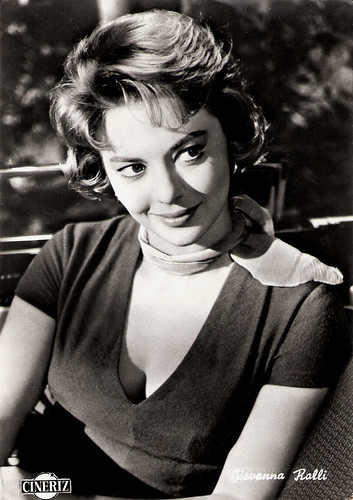 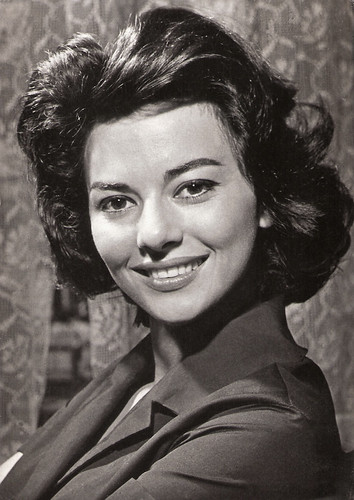 
During the 1970s Giovanna Ralli returned in some successful comedies, including Ettore Scola’s C'eravamo tanto amati/We All Loved Each Other So Much (1974). Once again she played Aldo Fabrizi’s daughter in the film, for which role she won her second Nastro d'Argento, now as Best Supporting Actress. Another hit was Di che segno sei?/What's your sign? (Sergio Corbucci, 1975).

In 1977 she married Ettore Boschi. From the 1980s on, she appeared mainly on stage and in television productions, like the Rai TV series Un prete tra noi/A priest among us (Giorgio Capitani, Lodovico Gasparini, 1997) and Ho sposato uno sbirro/I Married A Cop (2008) in which she played the mother of Flavio Insinna.

Her later films include Verso sera/In the evening (Francesca Archibugi, 1991) with Marcello Mastroianni, and Il pranzo della domenica/ Sunday lunch (Carlo Vanzina, 2003) with Massimo Ghini, for which she was again nominated for a Nastro d'Argento as Best Supporting Actress. (She did not win this time.)

In 1993 she obtained the Flaiano Award for Lifetime Achievement for her theatrical and cinematic merits. In 2008 she also received the Premio Chioma di Berenice, another award for her whole career.

At the 2015 Taormina Film Fest, where Giovanna Ralli received a special award for her career, she announced her retirement from acting. The last films in which she appeared, are the comedies Immaturi/The Immature (Paolo Genovese, 2011), Immaturi - Il viaggio/The Immature - The Voyage (Paolo Genovese, 2012) and Un ragazzo d'oro/A Golden Boy (Pupi Avati, 2014), as the mother of Riccardo Scamarcio's character. 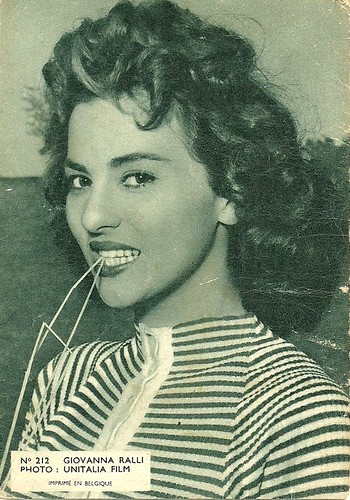 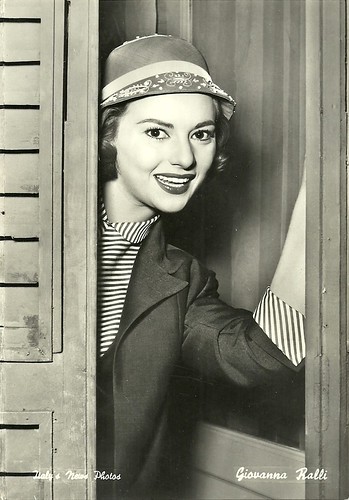 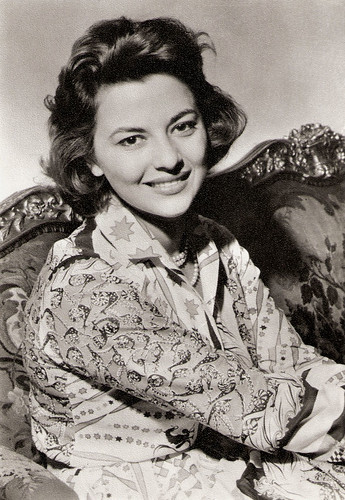 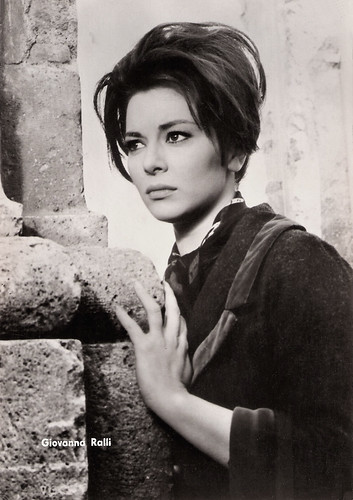 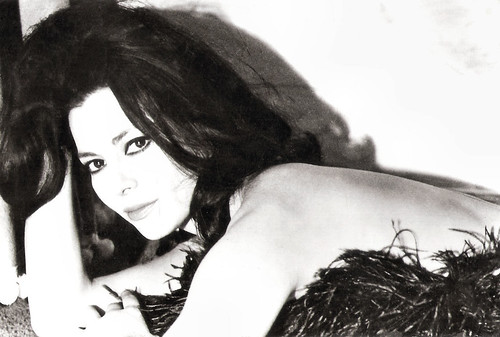 I'll have to seek out some of her work. Such a beauty!