From 27 September till 5 October, Utrecht is once again the capital of the Dutch cinema while hosting the Netherlands Film Festival (NFF). EFSP presents you another post in the Unofficial Dutch Film Star Postcards Festival. Sweet and elegant Ery Bos (1908-2005) was a Dutch-German actress, who had a short but productive film career in the early German sound film. In only three years, from 1932 till 1934, she took part in a dozen films of the Weimar cinema, before the Jewish actress had to flee Nazi Germany. 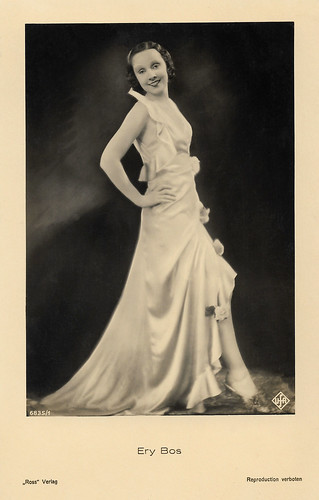 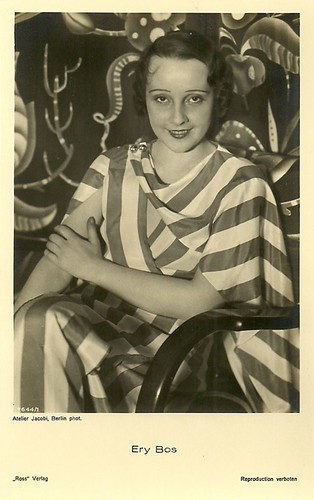 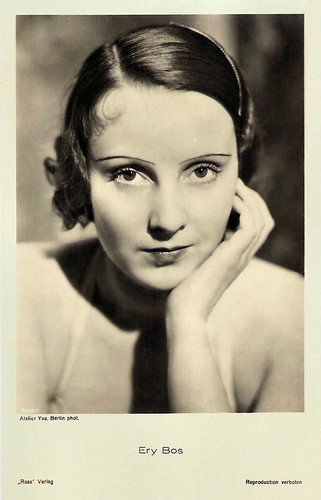 
Erika Bos was born in Berlin, Germany in 1908 (some sources say 1910). She was the daughter of the internationally renowned Dutch composer and pianist Coenraad V. Bos and singer Elsa Stein.

In the early 1930s she played with Fritz Rotter in Berlin. There she was noticed by the film director Alfred Zeisler of the major German film studio Ufa. Ery made her film debut in a lead role in his crime film Schuß im Morgengrauen/Shot at Dawn (Alfred Zeisler, 1932) opposite Peter Lorre.

Her other films that year were Liebe in Uniform/Love in Uniform (Georg Jacoby, 1932) and Unmögliche Liebe/Crown of Thorns (Ery Grünfeld, 1932) in which she appeared as a daughter of Asta Nielsen. In the early 1930s, Ery Bos would play in 12 films. 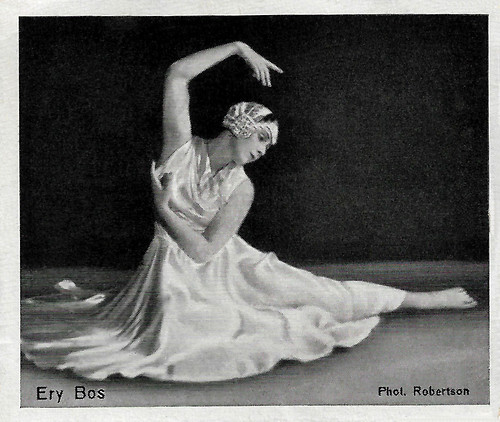 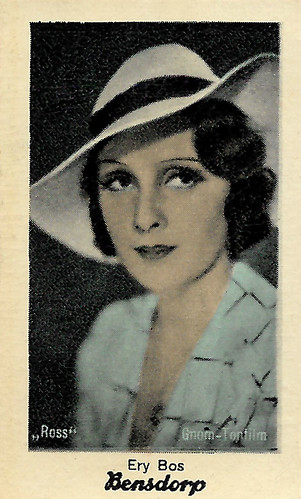 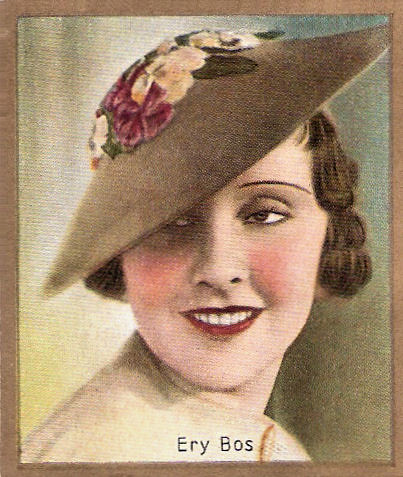 German collectors card by Salem Zigaretten in the series Bunte Filmbilder, no. 269 (in a series of 275). Photo: Dührkoop / Ross Verlag.


After Adolf Hitler and the Nazis had gained power in January 1933, the assignments of Ery Bos gradually dried up. In 1933, she played parts in Roman einer Nacht/Story of a Night (Carl Boese, 1933) and Der Zarewitsch/The Czarevitch (Victor Janson, 1933) starring Márta Eggerth.

On stage she played in the season 1934-1935 at the Berliner Komödie. Then the Jewish actress  fled the country, escaping the holocaust. In London, Ery Bos married the Jewish businessman Herbert Grünfeld in 1938.

In 1941 Erika and her husband crossed the Atlantic Ocean to Canada. In 1947, Herbert Grünfeld founded his successful company Metallurg Inc. op, a precursor to the current Dutch-American conglomerate AMG. The couple settled in the very prosperous New York suburb of Chappaqua.

Ery Grünfeld would never make another film. In 1958 she became an American citizen. In 2005, Erika Grünfeld died in Chappaqua (some sources say New Castle) in the state of New York at the age of 96. 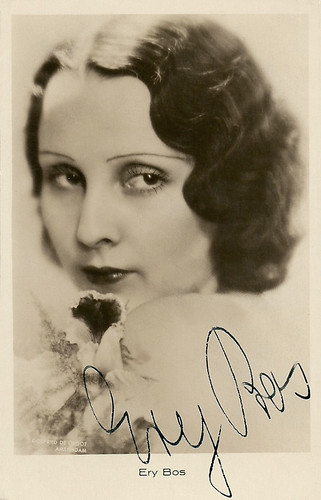 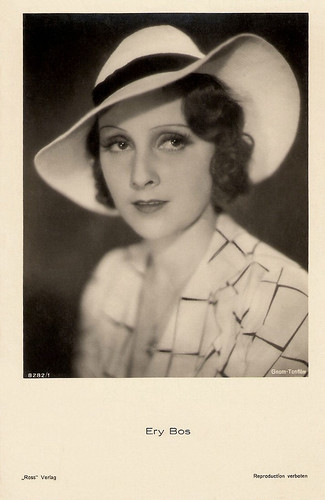 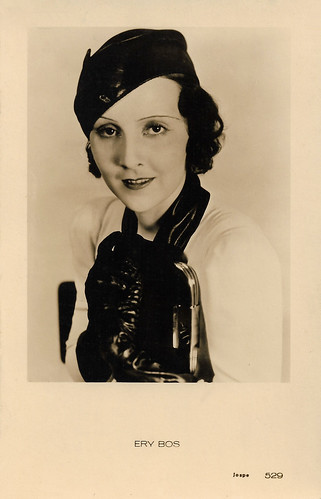 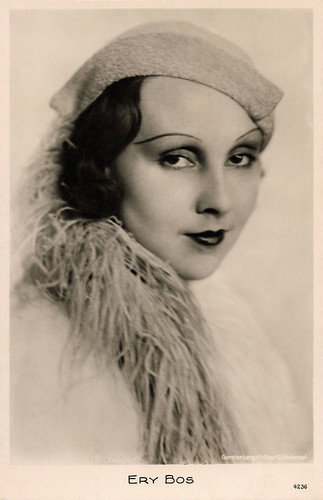