French singer and songwriter Alain Barrière (1935) passed away on 19 December 2019. He recorded a number of timeless hits in the 1960s which earned their place in French music history. Internationally he is known for participating in the 1963 Eurovision Song Contest. At the height of his popularity, he made one venture into film acting. 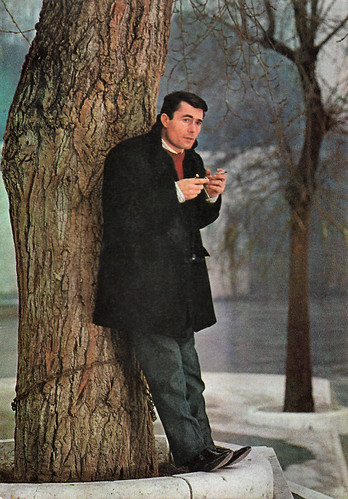 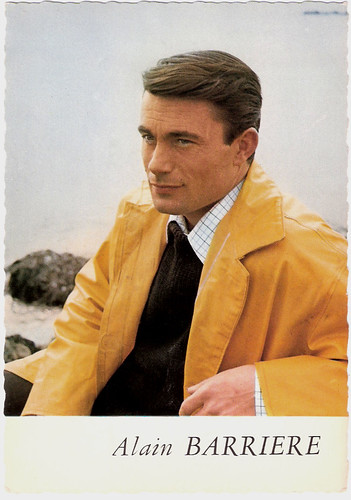 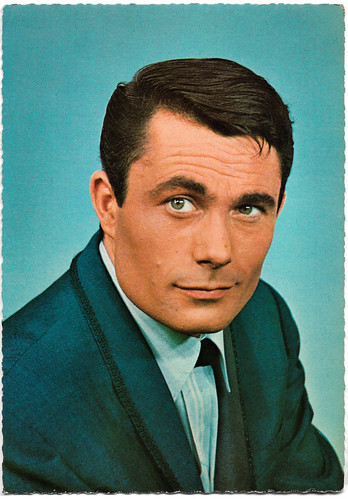 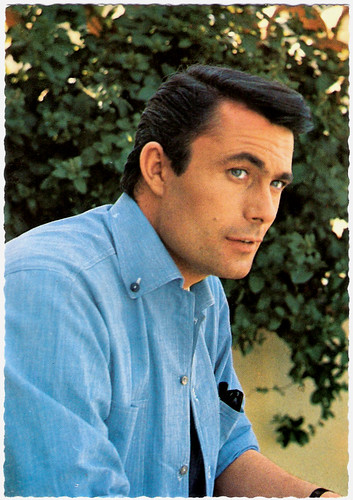 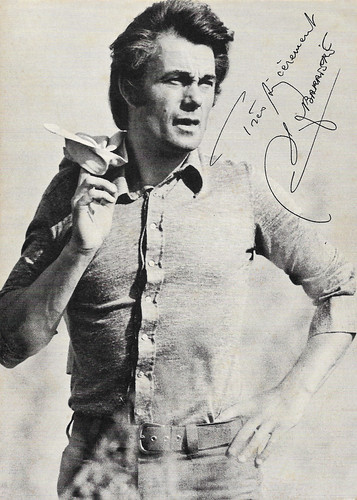 Bitten by the Music Bug

Alain Barrière was born as Alain Bellec in La Trinité-sur-Mer, France in 1935. He grew up in the son of hardworking fishmongers in a small town on the coast of Brittany.

In 1955 Barrière enrolled in the École nationale s des Ingénieurs d'arts et métiers in Angers. In 1958 the young student was bitten by the music bug. He bought a guitar and began to write songs. On graduating in engineering in 1960, he moved to Paris to take up employment, and started to perform in the evenings at a small cabaret.

In 1961, Alain Bellec adopted his stage name, Alain Barrière, and entered the Coq d’or young talents contest. He won the final at the prestigious Olympia music-hall with the self-written song Cathy. He had an original chanson style that did no concession to the burgeoning yé-yé scene.

He signed a record contract with RCA Victor and started to release singles regularly. It enabled him to give up his job and make at least a modest living from music. In 1963, Barrière's song Elle était si jolie (She Was So Pretty) was chosen as the French representative in the eighth Eurovision Song Contest in London. Elle était si jolie finished fifth of 16 entries.

The song turned out to be by far the biggest seller of Barrière's career to that point. This gave him access to a much wider audience. Barrière went on to support Paul Anka on a concert tour. He released his first album, Ma vie (My Life), in 1964 and the title-track became a huge hit.

In 1965 he played a leading role in a heist thriller, Pas de panique/No Panic (Sergio Gobbi, 1966), alongside Pierre Brasseur. This would be his only venture into acting, but his singing career reached its peak in the latter part of the decade with a string of hits making him one of France's biggest stars and a sell-out live attraction. 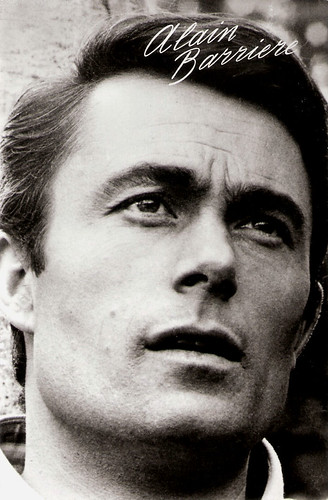 French postcard by Publistar, Marseille, in the Ministar series, no. 975B. Photo: Wolf Fiebig. 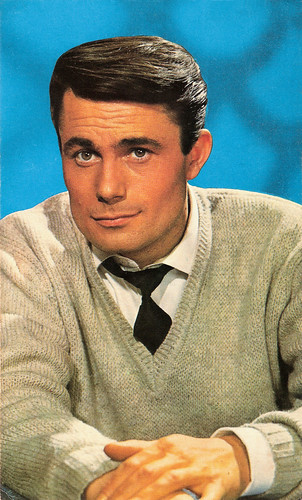 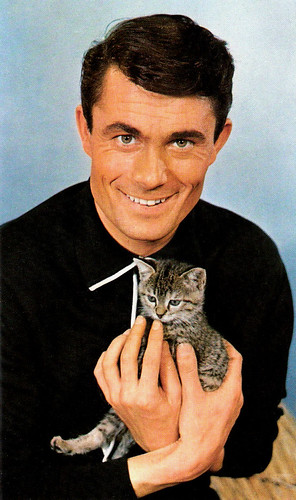 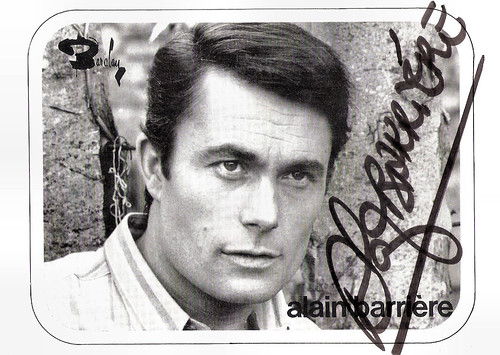 Alain Barrière gained a reputation for being outspoken, uncompromising and at times difficult to work with. In the early 1970s, he left his record company to set up his own label. He kept his fan base, which ensured his records and concerts continued to provide a good living, despite his being overlooked by sections of the French broadcast media.

1975 proved to be a turning-point in Alain Barrière's personal life. He married Anièce and they had a daughter Guénaelle. The duet Tu t'en vas (1975) with Noëlle Cordier, topped the French chart, and was a hit in many European countries.

Barrière and his wife opened Le Stirwen, a nightclub-restaurant in a converted castle in Brittany near the famous menhirs in Carnac. Although the venue proved successful and popular, Barrière found himself facing severe tax problems, a result of dubious advice.

In 1977 he took his family to the US, where they remained for four years. After returning to France, Barrière made several comeback attempts, to little avail. After another period spent overseas, this time in Quebec, the family were back in Brittany.

In 1997, Barrière's career was unexpectedly rejuvenated by the release of Ma vie: Trente années de chansons (My Life, Thirty Years of 'Chanson'), a CD containing remastered versions of his old hits. It was a money-spinner.

Shortly afterwards, he released Barriere 97, an album of new material, which also sold well. Alain Barrière published an autobiography Ma Vie in 2006. In the following years, he continued to release both retrospective and newly-recorded albums.

In 2019, Alain Barrière died of a heart attack in Carnac, France. He was 84. Twelve days earlier, his wife Agnès Cohen-Soal had passed away. They had a daughter, Guénaëlle Barrière (born Bellec). 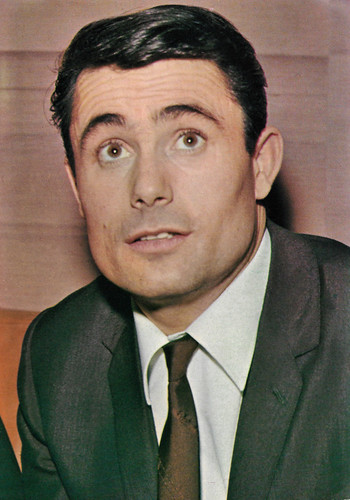 Belgian postcard by Edit. Decker, Bruxelles, no. A 115. 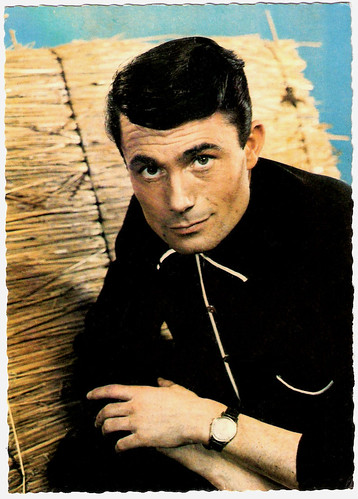 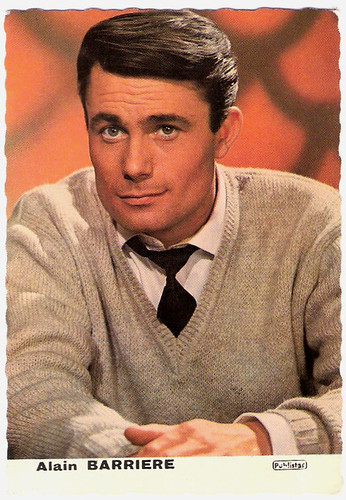 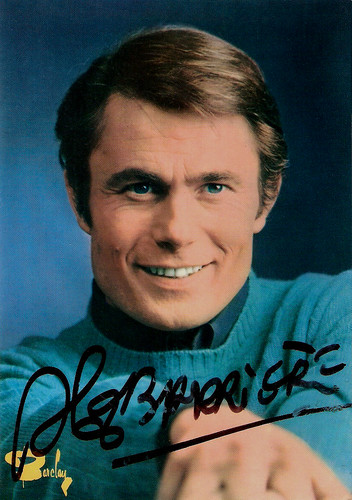