On 2 October 2021, Austrian actress and singer Herta Staal (1930) passed away. She was a star of the German-language cinema of the 1950s and played leading and supporting roles in both Heimatfilms and comedies. In the 1960s, she moved to television. Herta alternated lighter roles on-screen with dramatic acting in theatres throughout Germany and Austria. 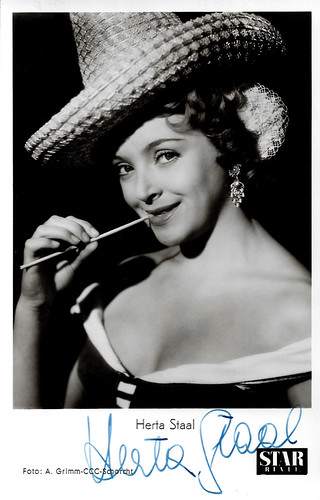 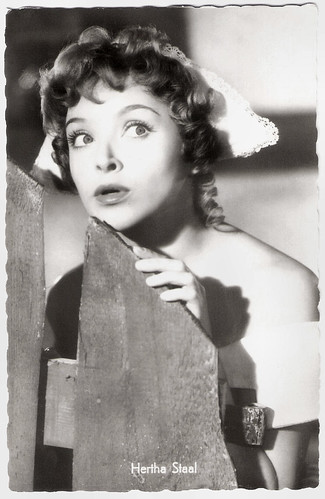 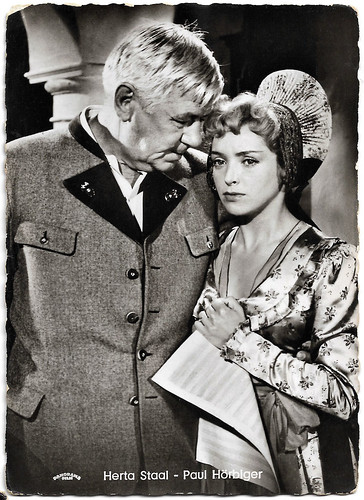 
Herta Staal was born Herta Staly in 1930 in Vienna, Austria.

In her teens, Herta studied dance under choreographers Dia Lucca and Hedy Pfundmeyer at the Vienna State Opera and was a ballet dancer there. From 1947 to 1949 she attended the Academy of Music and Performing Arts and the Vienna Conservatory.

In 1948, she made her professional theatrical debut at the Vienna City Theatre in the operetta 'Frühling im Prater' (Springtime in the Prater) by Robert Stolz and was then engaged as a soubrette at the famous Burgtheater. There she worked until 1950 and in 1950-1951 she performed at the Landesbühne Graz. With her first husband, the composer Hans Rahner, she moved to Berlin and in 1952 to Willy Maertens at the Thalia Theatre in Hamburg.

In the 1950s she was extremely successful as a film actress. Her first screen appearance was in the Austrian film comedy Abenteuer im Schloss/Adventure in the castle (Rudolf Steinboeck, 1952). It was followed with Wolfgang Liebeneiner's historical musical comedy Das tanzende Herz/The Dancing Heart (1953) starring Gertrud Kückelmann and Gunnar Möller.

She had her breakthrough with the title role as a Parisian Varieté danseuse in the hit Die tolle Lola/The Great Lola (Hans Deppe, 1954) with Wolf Albach-Retty and Grethe Weiser. The story was based on the operetta of the same name (1919) by Hugo Hirsch, Gustav Kadelburg, and Arthur Rebner. 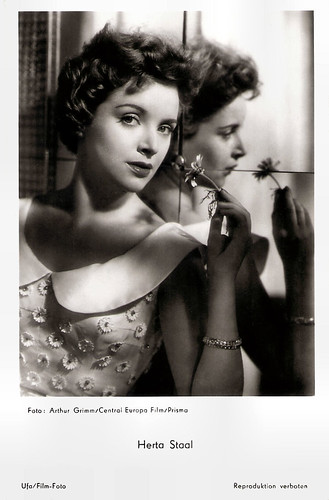 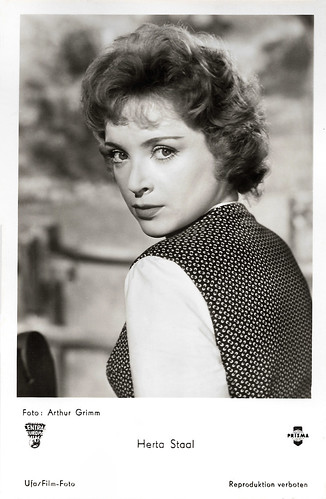 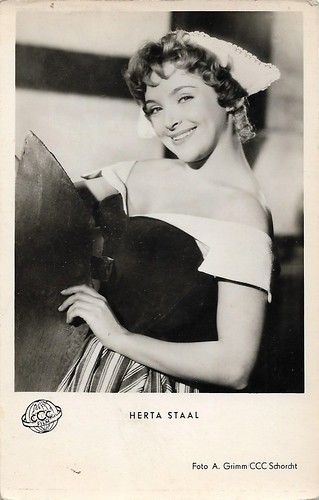 
During her career of more than 40 years, Herta Staal alternated lighter roles on screen with dramatic acting in theatres throughout Germany and Austria. She celebrated successes with performances in Tennessee Williams' 'The Rose Tattoo' and as Colombe in Jean Anouilh's play of the same name.

Benefitting from her well-rounded training as a singer and dancer, Herta managed to notch up a string of back-to-back box office successes in the cinema during the 1950s. She starred in undemanding lightweight fare such as the film operetta Schützenliesel (Rudolf Schündler, 1954), Das Bad auf der Tenne/The Bath in the Barn (Paul Martin, 1956), the unabashedly corny Heimatfilm Die Rosel vom Schwarzwald/Rosel from the Black Forest (Rudolf Schündler, 1956) and a likable comedy of mistaken identity, Die Winzerin von Langenlois/The Winemaker of Langenlois (Hans H. König, 1957).

She co-starred with many of the big names in contemporary German and Austrian cinema, among them Gunnar Möller, Sonja Ziemann, Paul Hörbiger, Nadja Tiller, Georg Thomalla, Martin Held, Barbara Rütting, and Willy Fritsch.

During the 1960s and 1970s, Herta restricted her appearances to films made for television as well as working in radio and as a voice-over actress. One of her final films was the comedy Liebe will gelernt sein/Love Has to Be Learned (Kurt Hoffmann, 1963) starring Martin Held, Barbara Rütting, and Götz George. It was adapted by Erich Kästner from his own play. In 1977, she returned to the cinema with a small role in Die Vertreibung aus dem Paradies (Niklaus Schilling, 1977)

In 1993, Herta Staal retired. Until her passing at the age of 91 in 2021, she lived for 35 years in relative seclusion in her adopted home in Munich, Germany.

Her first marriage was to Austrian composer and pianist Hans Rahner. After their divorce, she married Manfred Schmieglitz in 1963. 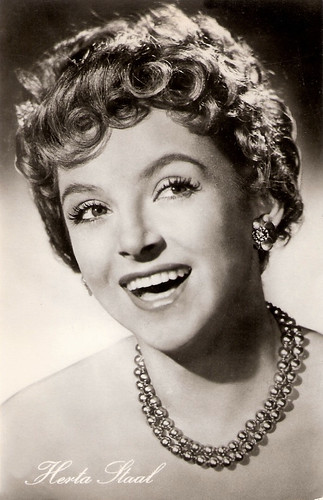 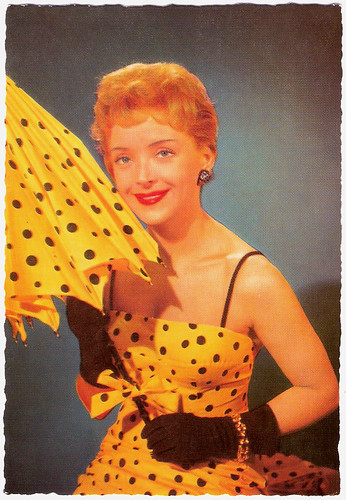 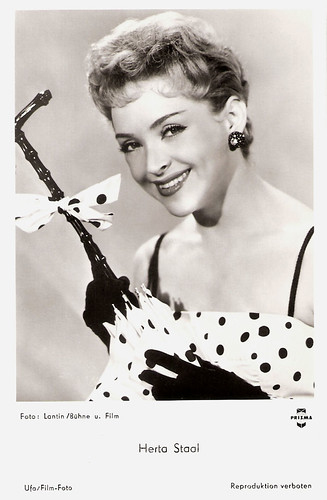