Handsome French actor Philippe Lemaire (1927 - 2004) was a hero of several Swashbucklers in the 1960’s. His life began and ended with a tragedy. 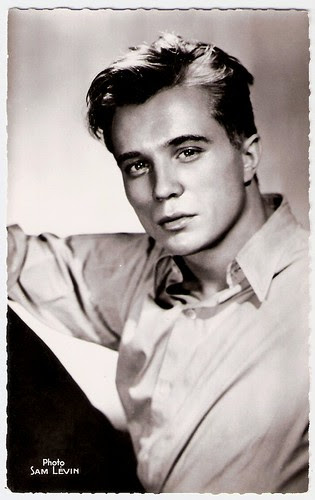 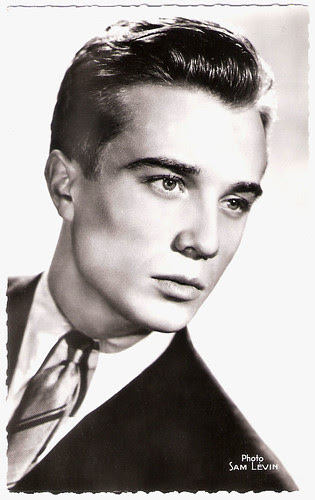 Foster Home
Philippe Lemaire was born in Moussy-le-Neuf, France, in 1927. He had a tragic youth. His father, an officer, died when he was only two, and his mother disappeared when he was nine. Philippe grew up in a foster home. He was destined to become an officer in the navy like his father and other family members, but after working as an extra and a model, he decided to study acting at the Cours Simon. He made his film debut with an uncredited part in the drama Étoile sans lumière/Star Without Light (1944, Marcel Blistène) with Édith Piaf. Bigger parts followed in films like Les amoureux sont seuls au monde/Monnelle (1948, Henri Decoin) with Louis Jouvet, and Scandale (1948, René Le Hénaff). His first leading part was in the charming comedy Nous Irons à Paris/We Will All Go to Paris (1950, Jean Boyer) opposite Françoise Arnoul. In the sequel, Nous irons à Monte Carlo/Monte Carlo Baby (1951, Jean Boyer, Lester Fuller), Audrey Hepburn was one of his co-stars. 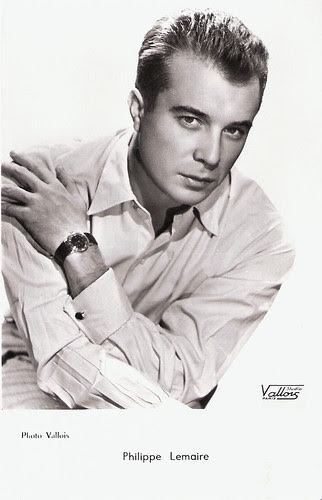 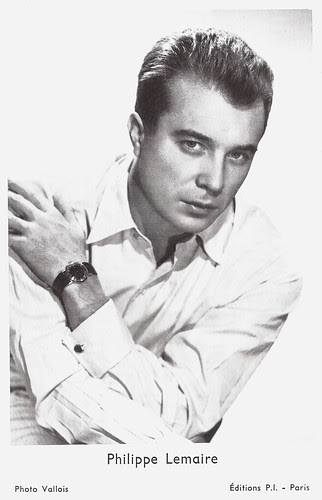 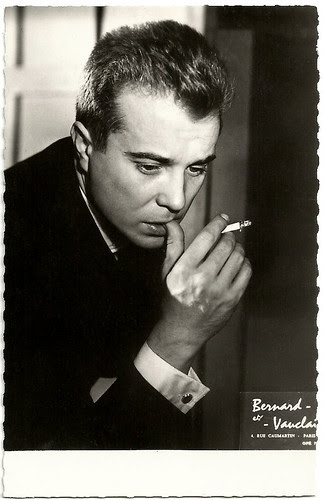 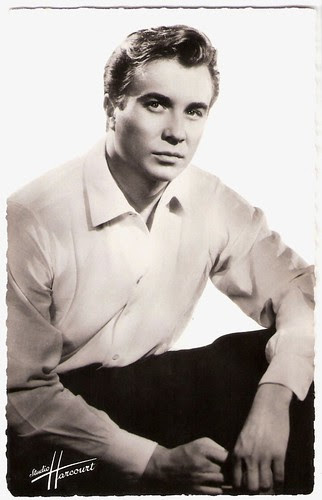 
A musical medley from Nous Irons à Paris/We Will All Go to Paris (1950) with the Ray Anthony Orchestra. Source: Train6031 (YouTube).

My heart is beating faster! My goodness he is handsome! I'm going to make another cup of coffee and watch the videos now:) Cartouche ws on TV 2 weeks ago!

I learned a new term from this--"jeune premier."

I always learn something new when I visit on Friday! I'm still giggling about "the cat flying" you left on my blog. Happy PFF!

He's surely is the swashbuckler type. a very handsome man! Thanks for the very informative post!

He certainly is handsome! But what a sad childhood and a tragic end.

Happy PFF - I love looking at your cards, such beautiful men and women!

Oh my goodness what a tragic story.
Judy

What a fabulous card- Thanks for sharing both it and the ever interesting history behind it!

Thank you all for stopping by. Till next PFF.