Exported to the USA: Ann-Margret

Ann-Margret (1941) is a Swedish-American actress, singer and dancer, with a career that spans five decades. Her trademarks are her breathless voice, strawberry blonde hair and voluptuous figure which lead to the nickname 'sex kitten'. 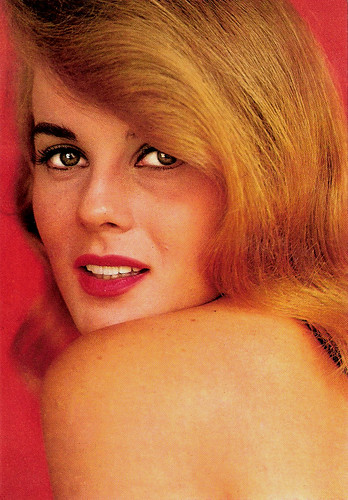 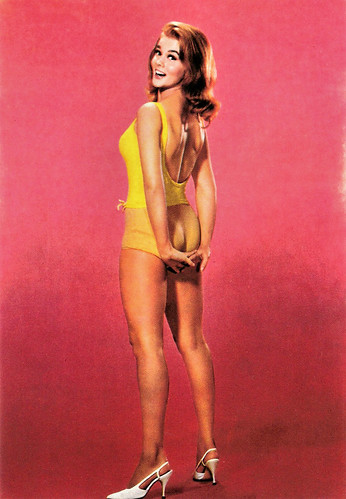 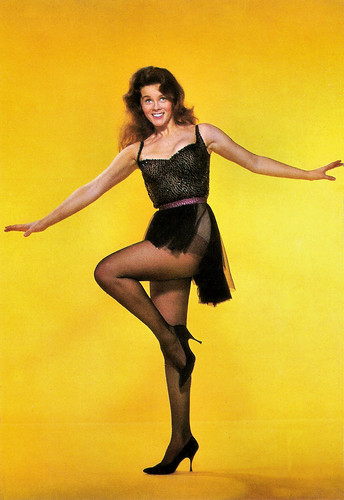 Spanish postcard by Postal Oscarcolor, no. 018-65. 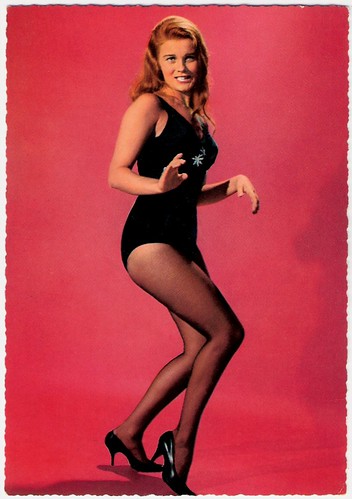 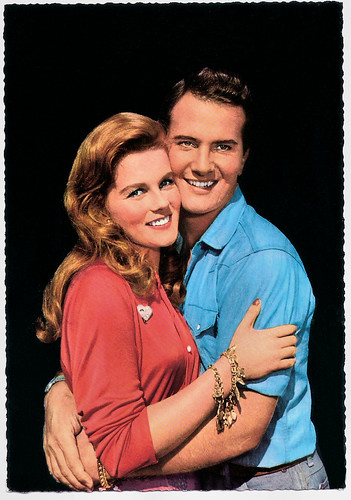 Ann-Margret Olsson was born in Valsjöbyn, Jämtland County, Sweden in 1941. Her parents were Anna Regina (Aronsson) and Carl Gustav Olsson. Her father worked in the United States during his youth and moved there again in 1942, working with the Johnson Electrical Company, while his wife and daughter stayed behind.

Mother and daughter came to America in 1946. Her father took his daughter to Radio City Music Hall on the day they arrived. They settled just outside Chicago, in Wilmette, Illinois. She became a naturalised citizen of the United States in 1949 and took her first dance lessons at the Marjorie Young School of Dance. While she attended New Trier High School in Winnetka, Illinois, she starred in theatricals.

As part of a group known as the Suttletones, she performed at the Mist, a Chicago nightclub. The group finally arrived at the Dunes in Las Vegas. There, Ann-Margret was discovered by George Burns and soon afterwards got both a record deal at RCA. In 1961, her single I Just Don't Understand charted in the Top 20 of the Billboard Hot 100.

That same year, Ann-Margret filmed a screen test at 20th Century Fox and was signed to a seven-year contract. She made her film debut in Pocketful of Miracles (1961), with Bette Davis. It was a remake of Lady for a Day (1933). Both versions were directed by Frank Capra. Then came a remake of Rodgers and Hammerstein's musical State Fair (José Ferrer, 1962), playing the 'bad girl' role of Emily opposite Bobby Darin and Pat Boone. It was considered to be a financially and critically flop.

Her next starring role, as the all-American teenager Kim from Sweet Apple, Ohio, in Bye Bye Birdie (George Sidney, 1963), made her a major star. She became a teen idol with her role in Viva Las Vegas (George Sidney, 1964) with Elvis Presley. While working on the film Once a Thief (Ralph Nelson, 1965), with Alain Delon, she met future husband Roger Smith, known for his starring role in the private-eye television series 77 Sunset Strip. 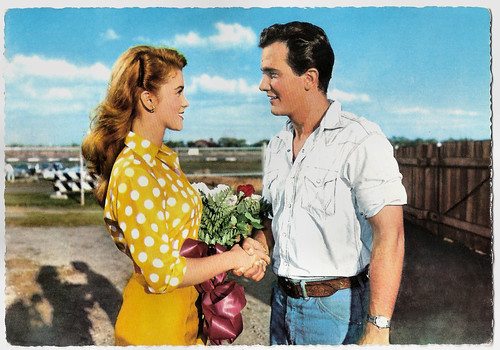 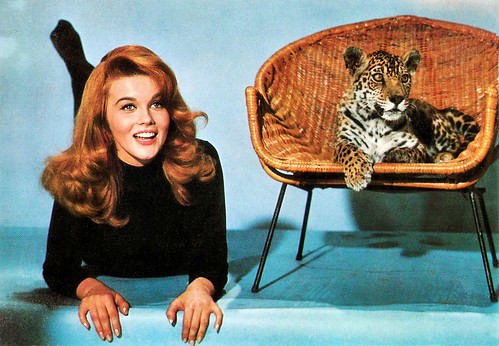 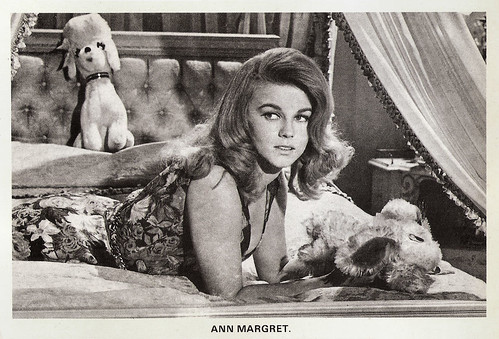 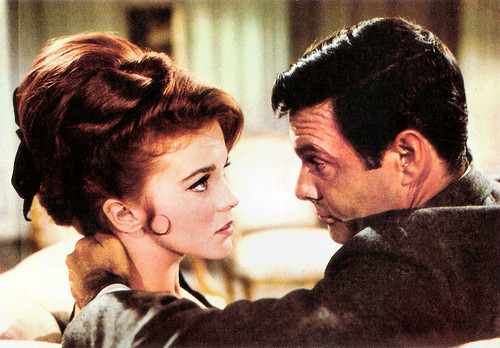 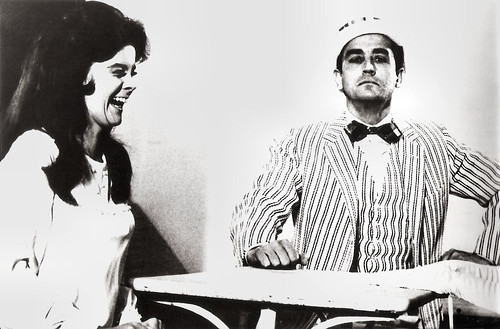 As an actress, Ann-Margret is now best known for her roles in The Cincinnati Kid (Norman Jewison, 1965) opposite Steve McQueen, Carnal Knowledge (Mike Nichols, 1971) , and Tommy (Ken Russell, 1975), the rock opera film of the British rock band The Who. For her part of the over-loving girlfriend of a viciously abusive Jack Nicholson in Carnal Knowledge, she garnered an Oscar nomination for Best Supporting Actress, and for Tommy she was nominated for the Academy Award for Best Actress and won the Golden Globe Award.

During a lull in her film career in July 1967, Ann-Margret gave her first live performance in Las Vegas, with her husband Roger Smith (whom she had married in 1967) taking over as her manager after that engagement. For new film projects, she turned to Italy. Her Italian films are the comedy-drama Il tigre (Dino Risi, 1967) with Vittorio Gassman, Il profeta/The Prophet (Dino Risi, 1968), and the crime-comedy 7 uomini e un cervello/Criminal Affair (Rossano Brazzi, 1968) with Rossano Brazzi.

In 1972, she survived a dramatic 22-foot fall from a stage in a Lake Tahoe, Nevada concert. She broke an arm, suffered five fractures of five facial bones including a smashed cheekbone, and a brain concussion. 10 weeks later to the day, she was back on stage in Las Vegas. In 1979, she scored a disco hit with Love Rush. Later, she recorded the critically acclaimed gospel album God Is Love: The Gospel Sessions (2001), and an album of Christmas songs, Ann-Margret's Christmas Carol Collection (2004).

In 1982, she co-starred with Walter Matthau in the film version of Neil Simon's play I Ought to Be in Pictures, appeared with a six-year-old Angelina Jolie in Lookin' to Get Out, and played with Alan Bates, Glenda Jackson, and Julie Christie in The Return of the Soldier. On television, she starred in the TV movies Who Will Love My Children? (1983) and a remake of A Streetcar Named Desire (1984).

Other films include the crime thriller 52 Pick-Up (1986), as the wife of Roy Scheider's character. In 1991, she starred in the groundbreaking Our Sons (John Erman, 1991) opposite Julie Andrews as mothers of sons who are lovers, one of whom is dying of AIDS. A late career highlight for her was the hit comedy Grumpy Old Men (Donald Petrie, 1993) as the object of desire for Jack Lemmon and Walter Matthau.

Ann-Margret published an autobiography in 1994 titled Ann-Margret: My Story, in which she publicly acknowledged her battle with and ongoing recovery from alcoholism. In Any Given Sunday (Oliver Stone, 1999), she portrayed the mother of football team owner Cameron Diaz. In 2006, she had supporting roles in the box-office hits The Break-Up (Peyton Reed, 2006) with Jennifer Aniston and Vince Vaughn, and The Santa Clause 3 (Michael Lembeck, 2006) with Tim Allen. 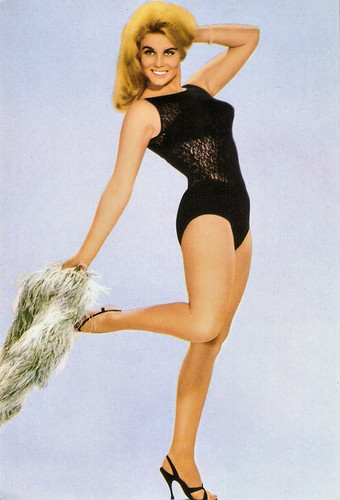 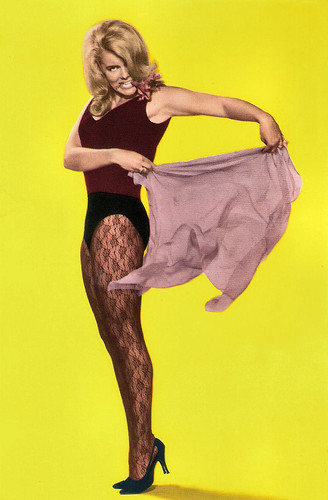 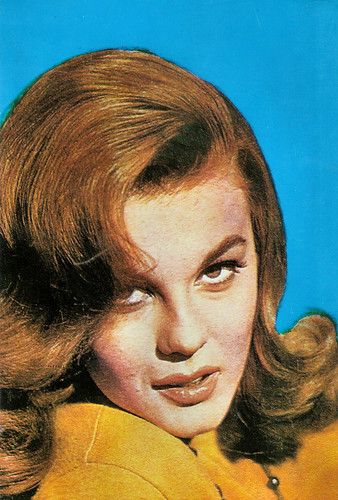 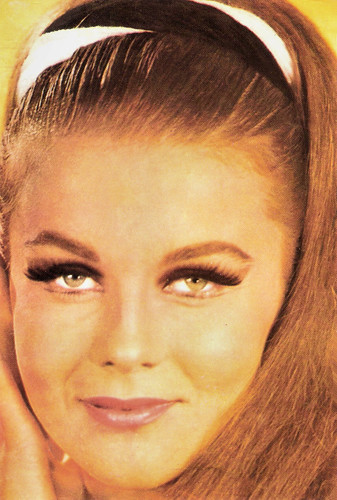 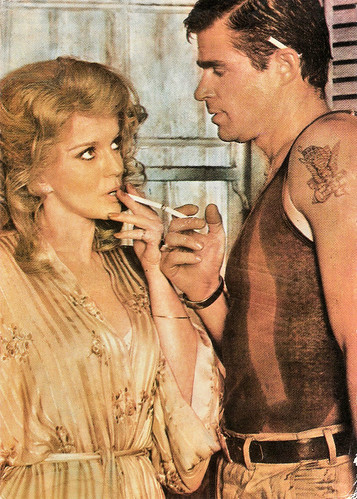