Willy Fritsch, Mady Christians and Xenia Desni were the stars in the German silent Ufa production Ein Walzertraum/The Waltz Dream (Ludwig Berger, 1925), based on the Oscar Strauss operetta. The success of the film lead to a wave of operetta films in Germany and Austria, andf paved the way to Hollywood for director Ludwig Berger. 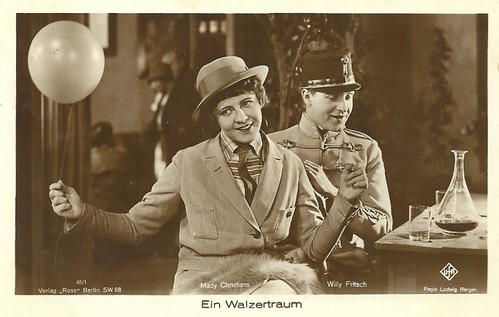 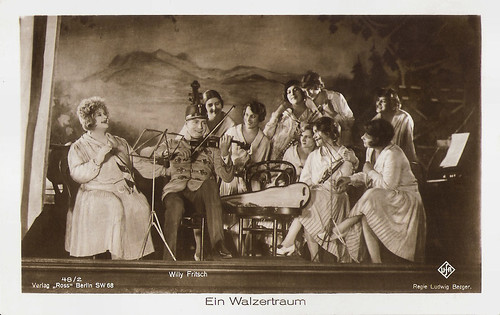 
Originally, Ein Walzertraum/A Waltz Dream was one of the best known operettas by Oscar Straus, a Viennese composer of operettas and film scores and songs. The German libretto was by Leopold Jacobson and Felix Dörmann, based on the novella Nux, der Prinzgemahl (Nux, the Prince Consort) by Hans Müller-Einigen from his 1905 book Buch der Abenteuer (Book of Adventures).

The young Jacobson presented Oscar Straus with a libretto for Ein Walzertraum at a coffee house in the Vienna Prater in 1906. Straus was inspired by the text and completed the work within 12 months. Ein Walzertraum premiered on 2 March 1907 at the Carltheater in Vienna.

Following the success of the operetta in Vienna, productions of the work, under the name A Waltz Dream, were mounted in English for premieres at the Chestnut Street Opera House in Philadelphia on 6 January 1908, in New York City at the now-demolished Broadway Theatre on 27 January 1908 (with an English libretto adapted by Joseph Herbert), and in London on 28 March 1908 at the Hicks Theatre (adapted by Basil Hood, with lyrics by Adrian Ross, starring Gertie Millar and W.H. Berry). Lily Elsie and Amy Evans starred in the 1911 revival at Daly's Theatre.

The international success of the operetta exceeded Straus's expectations, and special praise was reserved for the famous waltz theme from Act Two. Straus later arranged various numbers from the operetta and included the graceful main waltz theme into a new concert waltz. The piece made Straus's international reputation, touring internationally after the Vienna, New York and London runs and enjoying many revivals.

The operetta did not remain as popular over the decades as Straus' The Chocolate Soldier, but a number of modern productions have been mounted. In 1991, Ohio Light Opera produced the work, and in 1992, Light Opera Works of Illinois mounted a production. 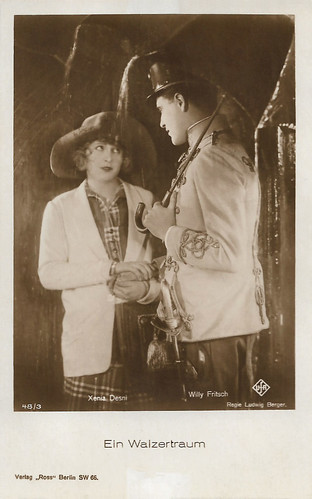 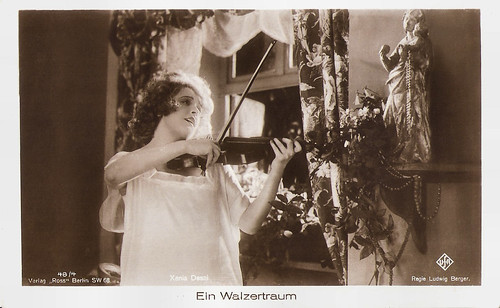 The amorous lieutenant and the princess

Sunnyboy Willy Fritsch plays the amorous lieutenant Nicholas Count Preyn of the Austrian royal guard. 'Niki' has a new girlfriend, the violin playing Franzi Steingruber (Xenia Desni). He's crazy about her and is smiling at her while on duty in the street. King Eberhard XXIII (Jacob Tiedtke) and his daughter Princess Alix (Mady Christians) from the neighboring kingdom of Flausenthurm drive by, and Alix intercepts a wink meant for Franzi.

The princess falls for Niki, marries him (he has no choice in the matter), and whisks him off to Flausenthurm. Franzi follows and enjoys a brief affair with Niki before Anna finds out. Franzi, much more experienced in the ways of the world, gives the socially awkward princess Alix lessons on how to win the affections of her husband.

In Germany, Ein Walzertraum/The Waltz Dream lead to a wave of silent operetta and Vienna films. In the sound era, this genre culminated in the world hit Der Kongress tanzt/The Congress dances (Erik Charell, 1931) with Lilian Harvey and of course Willy Fritsch. 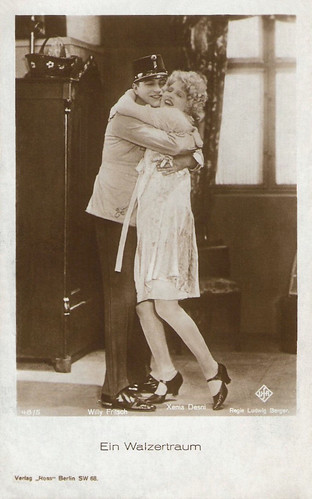 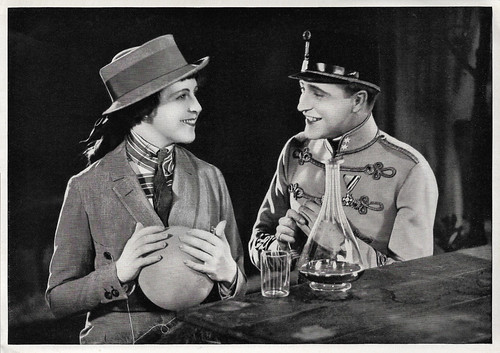