Carmel Myers (1899-1980) was a famous American actress of the silent screen. Her most memorable role was as the seductive Egyptian courtesan Iras in the super-production Ben-Hur: A Tale of the Christ (1925). During the rest of the 1920s, she had a high-flying career and was ranked among the screen's most glamorous and enticing vamps. 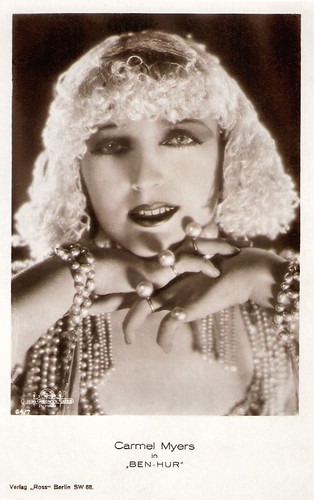 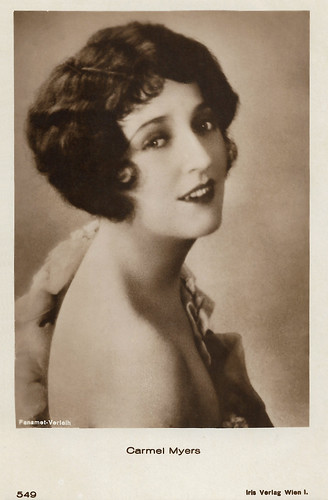 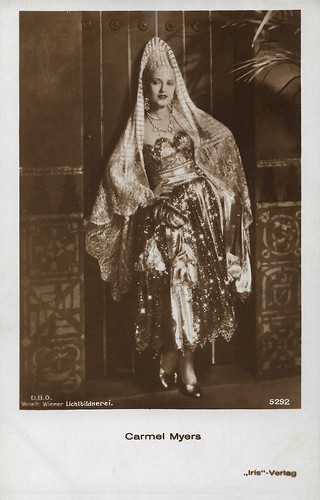 The harem favourite in Babylon


Carmel Myers was born in San Francisco in 1899 as the daughter of an Australian rabbi and an Austrian Jewish mother.

Her father who had close contacts with the world of cinema, presented her to pioneer film director D.W. Griffith. The famous director entrusted the young novice actress with a small role in his blockbuster Intolerance (D.W. Griffith, 1916), where she played the harem favourite in the Babylonian episode.

Myers also managed to get Carmel's brother Zion to work in the film industry, becoming a Hollywood director and screenwriter.

After this experience, Carmel left New York where she had worked at the theatre for two years and signed a contract with Universal where she soon made herself known by playing vamp roles.

Of that period, probably her best-known film remains All Night (Paul Powell, 1918), where she acted alongside Rodolfo Valentino, then still little-known. 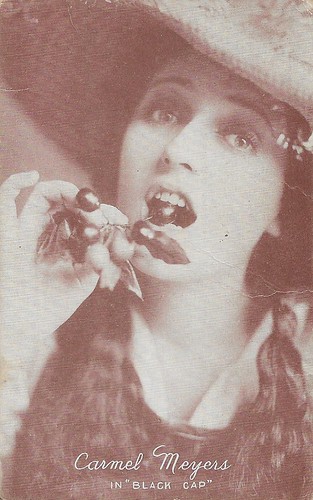 American postcard. Photo: Universal. Carmel Myers in A Daughter of the Law (Jack Conway, 1921), based on the novel 'The Black Cap' by Wadsworh Camp. This card uses the book title for the film title, so maybe the film was originally published with this title. 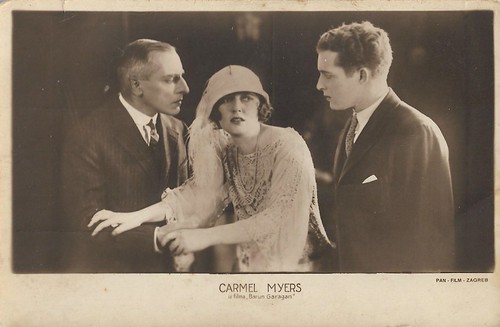 Croatian postcard. Photo: Pan-Film Zagreb. Carmel Myers in Garragan (Ludwig Wolff, 1924), starring Edward Burns and Myers. Ludwig Wolff also produced and scripted the film, while the script was based on a novel by Wolff himself. Garragan treats one of Wolff's favourite themes, that of reincarnation. Baron Garragan, who has been rightly condemned to ten years in prison for the murder on a man he believed to be his wife's lover, is released... 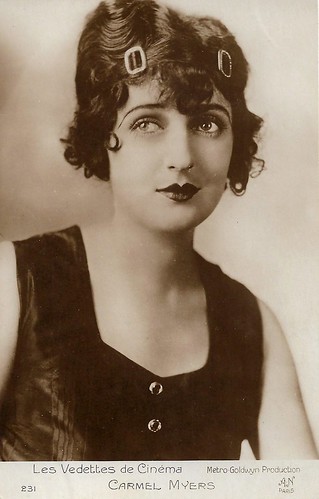 A formidable boost to her career


From 1924, Carmel Myers worked for MGM. While waiting for her shoots in Italy for the super-production Ben-Hur, started by director Charles Brabin and finished by his colleague Fred Niblo, took so long, she could act in the meantime in a German film in Berlin, Garragan (Ludwig Wolff, 1924), also with Edward Burns and Julanne Johnston.

However, it would be Myers's part in Ben-Hur: A Tale of the Christ (1925), which gave a formidable boost to her career. She played the role of Iras, an Egyptian courtesan who on the instigation of Messala (Francis X. Bushman) tries - in vain - to seduce Prince Judah Ben Hur (Ramon Novarro). The memorable POV shot of Iras eyeing Ben-Hur from bottom to top well shows classic Hollywood was not only about male gaze and female object.

From that moment on, Myers played major roles throughout the 1920s, sometimes in female leads as in The Careless Age (John Griffith Wray, 1929) with Douglas Fairbanks Jr., but mostly as the mundane and less chaste antagonist to the better behaving female leads such as Norma Shearer, Marceline Day, Anna Q. Nilsson, and Joan Crawford.

The advent of sound did not affect her career. She continued to act even though, due to her age, she saw herself entrusted with supporting roles. At the end of the Second World War, Myers retired from the scene for a few years.

She returned there in 1951, working for television. She also conducted a TV program called The Carmel Myers Show, but the series was unsuccessful. From then on, she devoted herself mainly to her real estate investments and to her perfume distribution company.

The last film she acted in was Won Ton Ton, The Dog That Saved Hollywood (Michael Winner, 1976), where she appeared along with dozens of Hollywood stars who took part in the film in small cameos.

Carmel Myers died in 1980, at the age of 81 and was buried at the Home of Peace Cemetery in Los Angeles next to her parents. 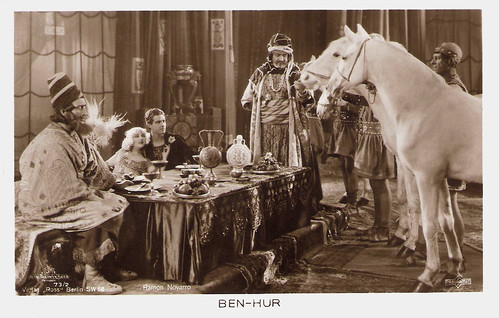 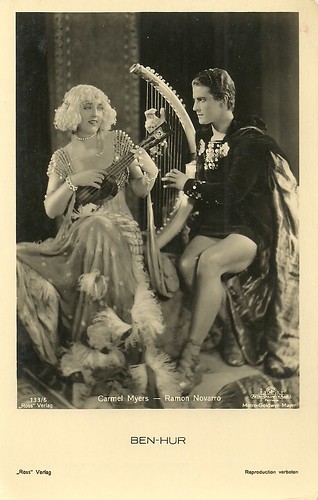 German postcard by Ross Verlag, no. 133/6. Photo: Metro-Goldwyn-Mayer. Carmel Myers and Ramon Novarro in Ben-Hur: A Tale of the Christ (Fred Niblo, 1925). 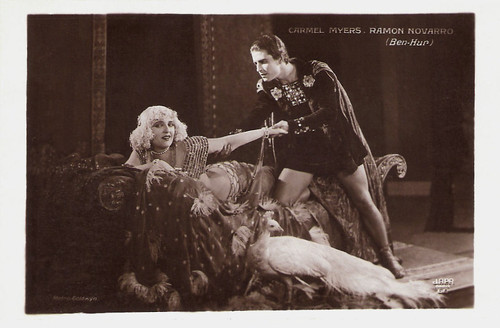 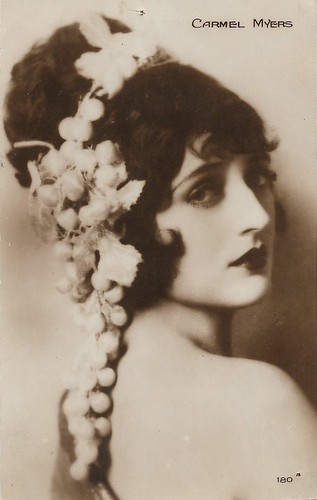 French postcard by Editions Cinémagazine, no. 180. 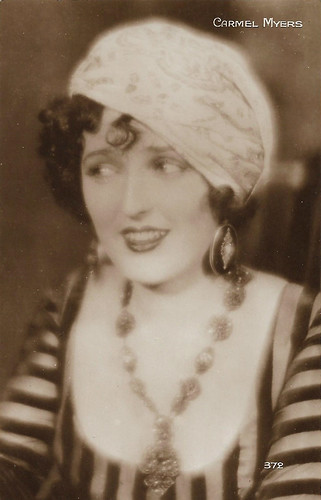 French postcard by Editions Cinémagazine, no. 372.