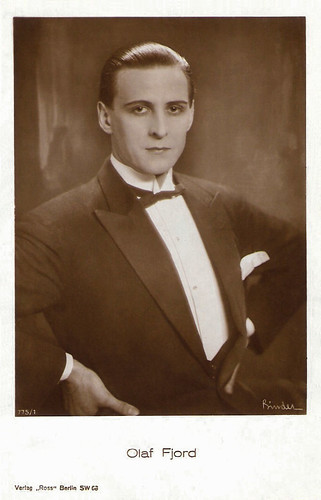 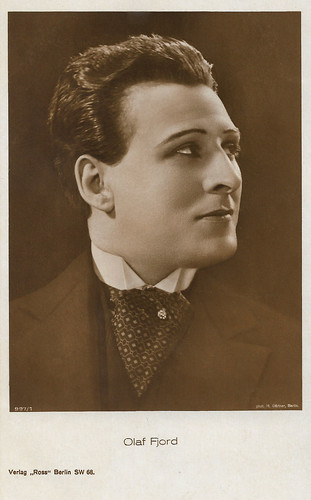 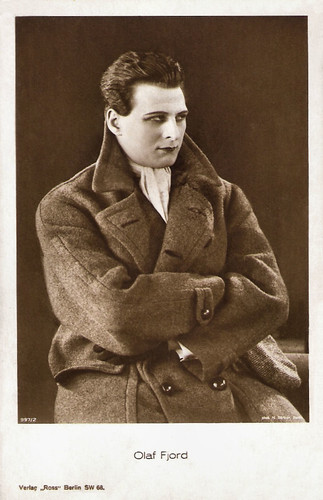 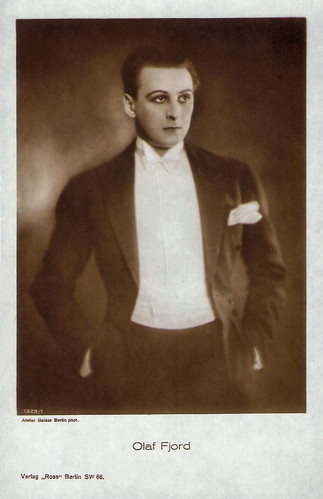 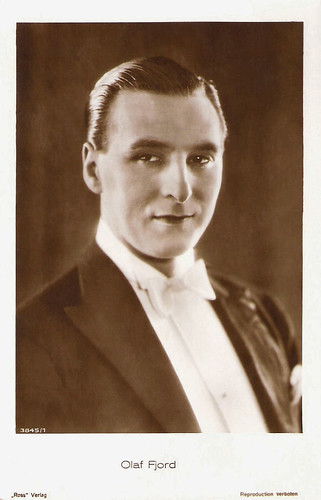 
Olaf Fjord was born as Ämilian Maximilian Pouch in Graz, Austria in 1897 (some sources mention 1895). At the age of three, he went with his parents to Bosnia-Herzegovina and grew up there in a Benedictine monastery.

During the First World War he served in the military for a while. Still during the war, he settled in Vienna and took singing lessons. He also completed a business apprenticeship.

In the winter of 1917-1918, he was discovered by the Danish director Einar Zangenberg for the film. He took the stage name Olaf Fjord and during his film career he often described himself as Norwegian.

He appeared in many silent Austrian films, but also started to direct films, including the short Paulchen, das Millionenbaby/Pauly, the Million Dollar baby (Olaf Fjord, 1920). In 1921 he played Ludwig II of Bavaria in the biography Ludwig II. (Otto Kreisler, 1921) with Gina Puch-Klitsch.

In Germany he appeared in the historical epic Monna Vanna (Richard Eichberg, 1922) starring Lee Parry and based on the play by Maurice Maeterlinck. The success of the film lead to bigger parts in German productions as Der Mann um Mitternacht/The man at Midnight (Holger-Madsen, 1924) with Hella Moja, Zwei Menschen/Two People (Hanns Schwarz, 1924) opposite Agnes Esterhazy, and Frauen, die nicht lieben dürfen/Women, not allowed to love (Géza von Bolvary, 1925).

A huge success was the Czech drama Erotikon/Seduction (Gustav Machatý, 1929) with Ita Rina. Not in the least because a film scene showed bare breasts, a trick the director later repeated with the young Hedy Lamarr in his sensational Ekstase/Ecstasy (Gustav Machatý, 1933). 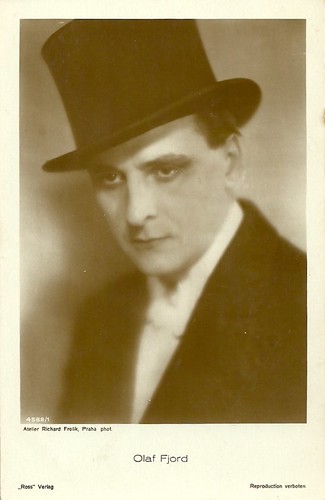 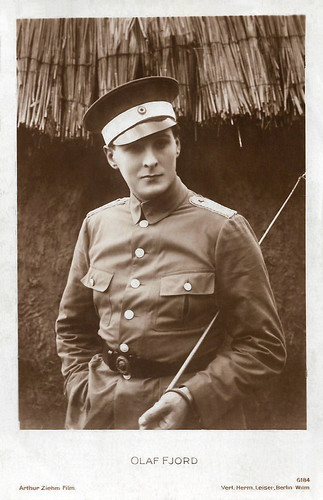 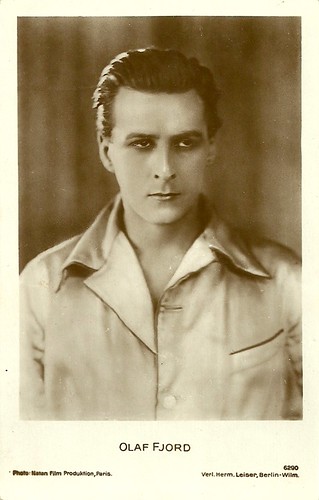 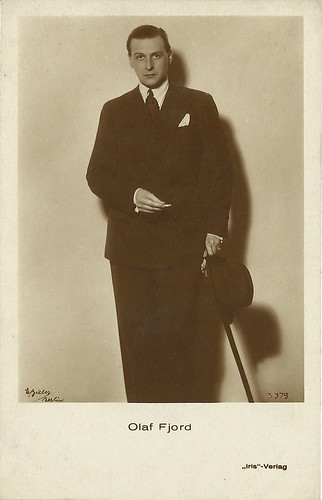 In the following years, his parts became smaller, as in the all-star drama 1914, die letzten Tage vor dem Weltbrand/1914: The Last Days Before the War (Richard Oswald, 1931) starring Albert Bassermann.

Alles um eine Frau/Everything for a Woman (Alfred Abel, 1935) with Charlotte Susa and Gustav Diessl, was his final film as an actor.

Fjord had found another occupation though as a director and as a producer. First, he produced an early version of the often adapted material Ferien vom Ich/Holiday From Myself (Hans Deppe, 1934) with Hermann Speelmans, and Pan (Olaf Fjord, Josef Rovenský, 1937) with Christian Kayssler, a film adaptation of a novel by the Norwegian Nobel Prize winning author Knut Hamsun.

Both films, he produced in Nazi Germany. His attempt to produce an adaptation of the novel Gösta Berlings Saga by Selma Lagerlöf failed in 1938.

In January 1939 he emigrated to the United States, where he lived for a while. Olaf Fjord died in Vienna, Austria in 1945, at the age of 47. 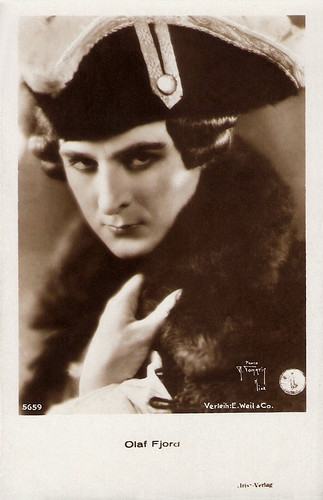 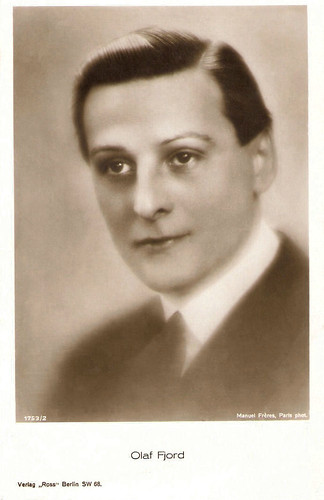 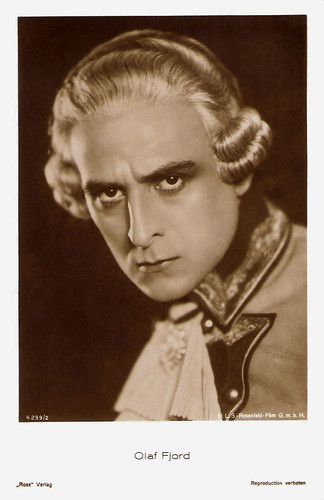 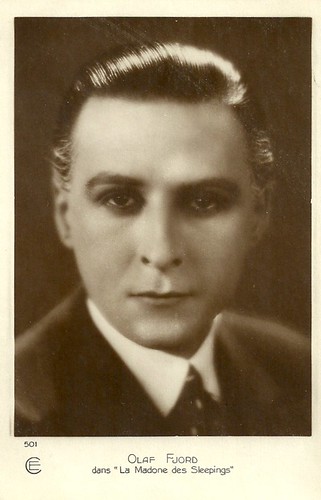