On Monday, 29 November 2021, elegant American actress Arlene Dahl (1925) passed away. She was one of the last surviving stars from the Golden Age of Hollywood. The former MGM star achieved notability during the 1950s. She had three children, the eldest of whom is actor Lorenzo Lamas. Arlene Dahl was 96. 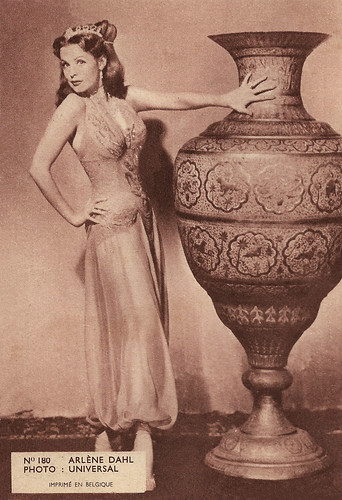 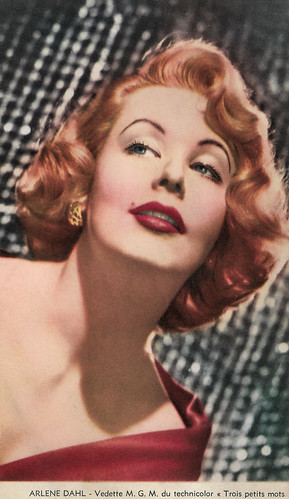 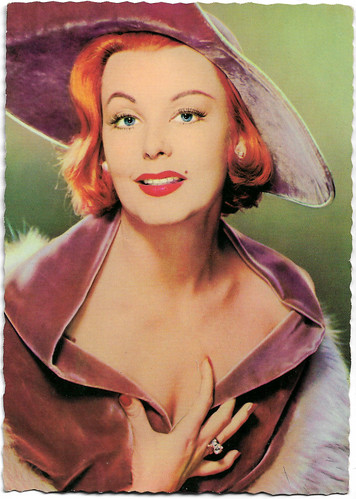 
Arlene Carol Dahl was born in Minneapolis, Minnesota, in 1925. She was the daughter of Idelle (née Swan) and Rudolph S. Dahl, a Ford Motor dealer and executive. Dahl's mother was involved in local amateur theatre. As a child, Dahl took elocution and dancing lessons and was active in theatrical events at Margaret Fuller Elementary School, Ramsey Junior High School, and Washburn Senior High School.

After graduating from Washburn High School, she was voted Miss Rheingold Beer of 1946. The Rheingold ad campaign was one of the most famous beer campaigns from the 1940s through the 1950s. There was a Miss Rheingold contest each year, and by the early 1950s, more than 25 million votes were cast annually. The winner received a cash payment as well as a modeling contract and many other opportunities.

Dahl held various jobs, including performing in a local drama group and briefly working as a model for department stores. Dahl also briefly attended the University of Minnesota, and then went to Chicago where she was a buyer for Marshall and Brown and worked as a model. She travelled to New York where she successfully auditioned for a part in the play 'Mr. Strauss Goes to Boston'. This led to her getting the lead in another play, 'Questionable Ladies' which was seen by a talent scout from Hollywood.

Dahl had an uncredited bit in Life with Father (1947). She was promoted to leading lady in My Wild Irish Rose (David Butler, 1947) with Dennis Morgan. The film was a big hit and was nominated for an Academy Award in 1948. This led to an offer from MGM for a long-term contract. At MGM she played a supporting role in the romantic comedy The Bride Goes Wild (Norman Taurog, 1948). She remained there to play the female lead in a Red Skelton comedy, A Southern Yankee (Edward Sedgwick, 1948). Both were very popular.

Eagle-Lion hired her to star as the female lead in Reign of Terror (Anthony Mann, 1949). At MGM she acted opposite Van Johnson in the Film Noir Scene of the Crime (Roy Rowland, 1949), Robert Taylor in the Western Ambush (Sam Wood, 1950), Joel McCrea in The Outriders (Roy Rowland, 1950), Fred Astaire, and Skelton in the musical Three Little Words (Richard Thorpe, 1950), and Skelton again in Watch the Birdie (Jack Donohue, 1950). Of these MGM films, only The Outriders was not profitable. 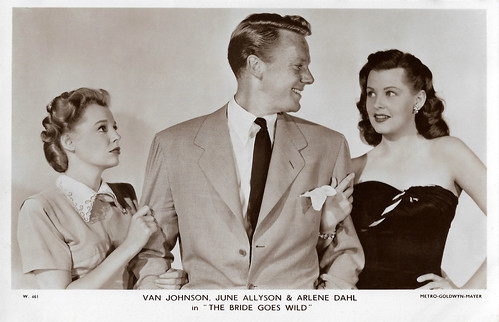 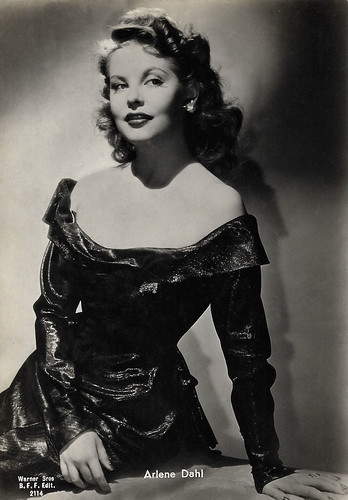 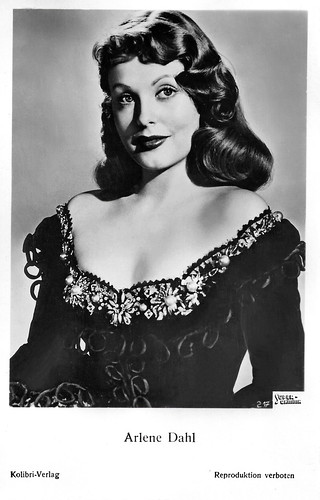 
MGM gave Arlene Dahl the lead in several B-films, such as the drama Inside Straight (Gerald Mayer, 1951) and the Film Noir No Questions Asked (Harold F. Kress, 1951). Both flopped. Dahl was hired by Pine-Thomas Productions who signed her to a multi-picture contract and put her in a Swashbuckler with John Payne, Caribbean Gold (Edward Ludwig, 1952).

She began writing a syndicated beauty column in 1952 and opened Arlene Dahl Enterprises in 1954, marketing cosmetics and designer lingerie. Dahl began appearing on television, including episodes of Lux Video Theatre and The Ford Television Theatre. In 1954, she played Ilsa in a TV adaptation of Casablanca. She and John Payne were reunited in a Film Noir, Slightly Scarlet (Allan Dwan, 1956), alongside Rhonda Fleming, another red-haired star.

Dahl made some films in England for Columbia: Wicked as They Come (Ken Hughes, 1956) and Fortune Is a Woman (Sidney Gilliat, 1957) with Jack Hawkins. In 1957 she sued Columbia for $1 million saying the film's advertisements for Wicked as They Come were "lewd" and "degraded" her. A judge threw out the suit. Dahl hosted the short-lived TV series Opening Night (1958) and had the female lead in the adventure film Journey to the Center of the Earth (Henry Levin, 1959), opposite James Mason and Pat Boone. She was injured on set making the latter, but it turned out to be one of her most successful films. 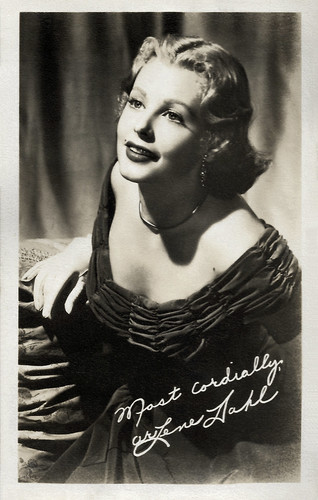 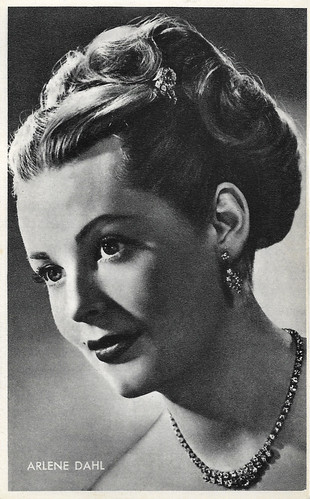 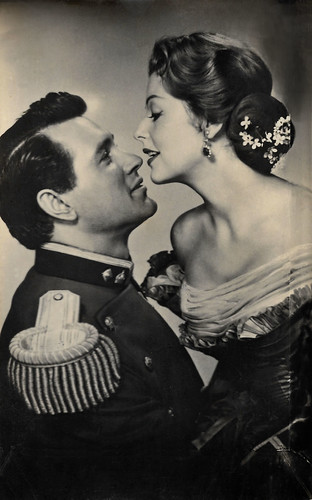 One Life to Live


In 1960, Arlene Dahl played the role of Lucy Belle in the episode 'That Taylor Affair' of Riverboat, alongside Darren McGavin. The same year she married Texas oilman Christian Holmes and announced her retirement from acting. The marriage did not last but Dahl increasingly diversified her work to become a lecturer, and beauty consultant as well as continuing her acting.

She had a supporting role in Kisses for My President (Curtis Bernhardt, 1964) and could be seen on TV in Burke's Law, and Theatre of Stars. In the cinema, Dahl appeared in the French drama Du blé en liasses/Big Bank Roll (Alain Brunet, 1969) opposite Marcel Dalio and Jean Richard, the French-Italian crime-drama Les Chemins de Katmandou/The Pleasure Pit (André Cayatte, 1969) with Renaud Verley and Jane Birkin, and the Western The Land Raiders (Nathan Juran, 1970), starring Telly Savalas.

Her focus was on business by now. After closing her company in 1967, she began working as a vice president at ad agency Kenyon and Eckhardt that same year. Dahl moved to Sears Roebuck as director of beauty products in 1970, earning nearly $750,000 annually, but left in 1975 to found her short-lived fragrance company Dahlia. In 1981, Dahl declared bankruptcy.

From 1981-1984, Dahl appeared on the soap opera One Life to Live as Lucinda Schenck Wilson. The character was planned as a short-termed role (she guest-starred from late 1981 to early 1982 and in late 1982), but Dahl was later offered a one-year contract to appear on the series from September 1983 to October 1984. Later, she starred in the film A Place to Hide (Scott Thomas, 1988) opposite Dana Ashbrook. 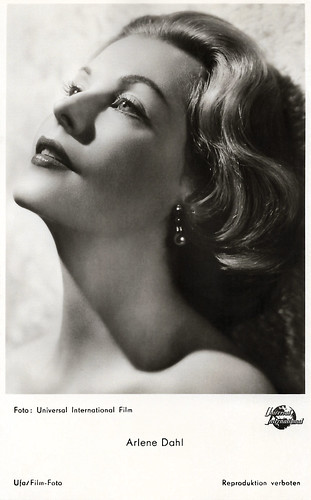 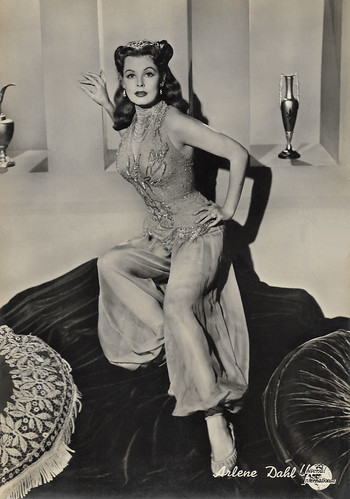 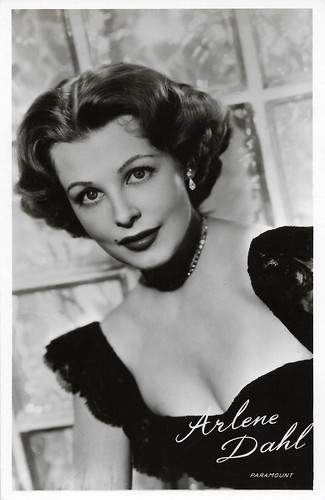 
Arlene Dahl was married six times. In the early 1950s, she met actor Lex Barker; they wed in 1951 and divorced the following year. Dahl went on to marry another matinee idol, Fernando Lamas. In 1958, Dahl and Lamas had their only child, Lorenzo Lamas. Shortly after giving birth to Lorenzo, Dahl slowed and eventually ended her career as an actress, although she still appeared in films and on television occasionally.

Dahl and Lamas divorced in 1960, and Dahl later remarried. In addition to Lorenzo Lamas, Dahl has two other children: a daughter Christina Carole Holmes (1961) by third husband Christian R. Holmes, and a second son, Rounsevelle Andreas Schaum (1970), by her fifth husband, Rounsevelle W. Schaum. Her fourth husband was Alexis Lichine (1964-1969).

Since 1984, Dahl was married to Marc Rosen, a packaging designer. She has six grandchildren, one of whom is Shayne Lamas, and two great-grandchildren. In 1980, she entered the field of astrology, writing a syndicated column and later operating a premium phone line company. Dahl has written more than two dozen books on the topics of beauty and astrology.

Her last feature film role was in Night of the Warrior (Rafal Zielinski, 1991), which starred her son, Lorenzo Lamas. Dahl also guest-starred on episodes of the TV shows Renegade (1995-1997) and Air America (1999), which also starred her son. And she had a role in the soap opera All My Children (1995).

Arlene Dahl divided her time between New York City and West Palm Beach, Florida. In 2021, she passed away in Manhattan, New York City, at the age of 96. Upon her death, she was cremated and her ashes given to her surviving family. 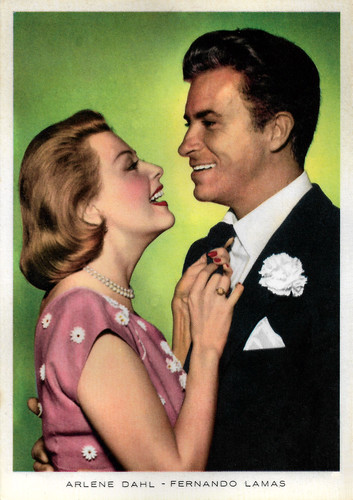 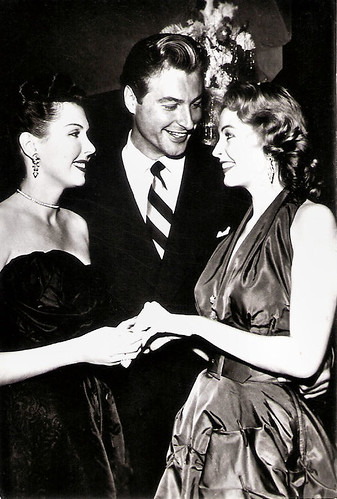 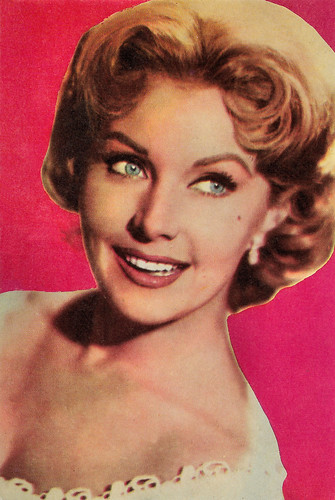 Belgian collectors card by Cox, no. 2. The card says mistakenly that it's Arlene Dahl, but it's another Hollywood redhead, Rhonda Fleming.