Beautiful Romanian film and theater actress Natalya Varley (1947) was a star of the Soviet cinema in the 1960’s. She started her career as tightrope walker in the circus. 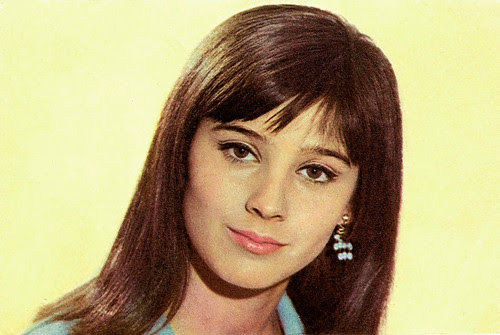 Russian postcard by Izdanije Byuro Propogandy Sovietskogo Kinoiskusstva, no. 14733, 1969. This postcard was printed in an edition of 375.000 cards. Retail price: 6 kop.

The First Russian Horror Film
Natalya Vladimirovna Varley (Russian: Наталья Владимировна Варлей) was born in Constanţa, Romania in 1947. Her father was a sea captain. She grew up in Murmansk and in the late 1950’s the Varley family moved to Moscow. In 1965 she graduated from the acrobatic department of the State College of Circus and Variety Arts. She was a tightrope walker at the Moscow Circus on Tsvetnoy Boulevard. There she was discovered for the cinema by director Georgi Yungvald-Khilkevich. She made her film debut with a small role as a nurse in his adventure comedy Formula radugi/The Rainbow Formula (1966, Georgi Yungvald-Khilkevich). Then she had her breakthrough with Kavkazskaya plennitsa, ili Novye priklyucheniya Shurika/Kidnapping, Caucasian Style (1967, Leonid Gaidai). In this crime comedy she played the female lead opposite Aleksandr Demyanenko. The film was a huge success, and the charming and spontaneous actress immediately became very popular in the Soviet Union. That year she also played the leading lady in Viy/Viy or Spirit of Evil (1967, Georgi Kropachyov, Konstantin Yershov) after a story by Nikolai Gogol based on Ukrainian folklore. It was the first horror film made in Russia, and Andrei Pavlov writes at IMDb: “Good fairy-tale that can show what potential existed in our cinema decades ago. What makes it so special is not special effects but special rich national atmosphere: costumes, huts, talks, dancing, music, etc. It all has Russian flavour (Ukrainian, if you like). This film was very popular among Soviet kids and truly it remains the highest achievement of Russian cinema in horror/comedy genre.” 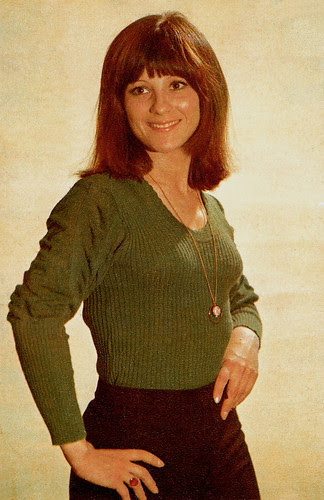 Russian postcard by Izdanije Byuro Propogandy Sovietskogo Kinoiskusstva, no. 3685/2, 1978. This postcard was printed in an edition of 300.000 cards. Retail price: 5 kop. 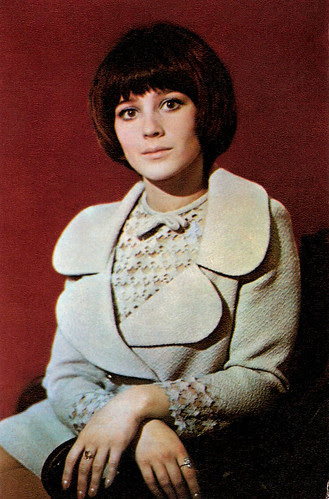 Russian postcard by Izdanije Byuro Propogandy Sovietskogo Kinoiskusstva, no. 1817/2, 1972. This postcard was printed in an edition of 400.000 cards. Retail price: 5 kop.

A Comic Classic of Russian Literature
After her spectacular first films, Natalya Varley decided to study at the Theater School B. Shchukin, where she graduated in 1971. Till 1978 she worked for the Moscow Dramatic Theater Stanislavsky. She also studied literature and published poetry. During the 1970’s, Varley appeared in several Soviet films. The excellent comedy 12 stulyev/Twelve Chairs (1971, Leonid Gaidai) was based on a comic classic of the Soviet literature by Yevgeni Petrov and Ilya Ilf. Cirkus v cirkuse/Circus in the circus (1976, Oldrch Lipský) was a Czech-Russian coproduction starring Evgeni Leonov. Other films included the drama Oshibki yunosti/Errors of Youth (1978, Boris Frumin) and the romance Moy papa – idealist/My Father Is an Idealist (1980, Vladimir Bortko). She later worked regularly for TV, but also continued to play in films such as Nam ne dano predugadat (1986, Vitali Koltsov) with Lyudmila Savelyeva, the comedy-drama Malenkie chelovechki Bolshevistskogo pereulka, ili Khochu piva/Little People of the Bolshevik Lane, or I Want Beer (1993, Andrey Malyukov), and the fantasy Volshebnik izumrudnogo goroda/The Wizard of Emerald City (1994, Pavel Arsyonov). Her most recent film is the fantasy Volkodav iz roda Serykh Psov/Wolfhound of the Grey Dog Clan (2007, Nikolay Lebedev) with Oksana Akinshina. Natalya Varley married twice. She has two sons, Vasili (1973) and Alexander (1986) from her first marriage to actor Vladimir Tikhonov. In 1989 she became an Honored Artist of the RSFS (Russian Soviet Federative Socialist Republic).

Amazing how simple it can be to communicate with people and have them understand a certain topic, you made my day.