Countess Gianna Terribili Gonzales (1882-1940) played in almost fifty films between 1911 and 1925. Together with Francesca Bertini, Lyda Borelli, and several others, she was one of the divas of Italian silent cinema. 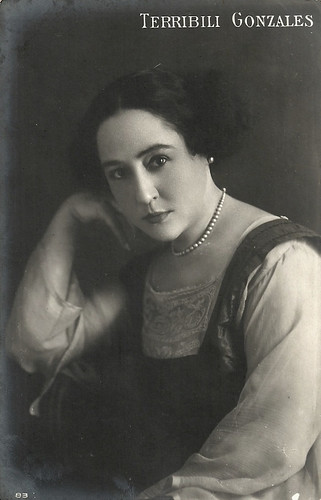 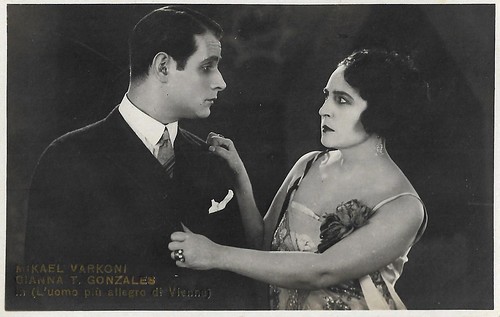 
Gianna Terribili Gonzales, pseudonym of Giovanna Terribili in Gandolfi was born in Marino in 1882. Terribili was of noble descent: she was a countess.

She started out on stage in 1908. It seems that Enrico Guazzoni discovered her for the Cines company, for which she did a small part in Fiore selvatico (Enrico Guazzoni, 1909).

From Summer 1912 Terribili was the protagonist in several films of Roma Film including Nanon (1912), Il buttero/A Woman's Whim (1913), and Una figlia d’Eva (1913). She was often paired with Goffredo Mateldi, while she also starred in the Film d’Arte Italiana production Le due rivali di Trianon (1912).

April 1913 she returned to Cines, wherein 1913-1914 Guazzoni gave her major parts in half-long and long feature films. It was in particular in epics set in Antiquity that Terribili starred, first of all in when playing the role of Cleopatra opposite Amleto Novelli as Marc Anthony in Marcantonio e Cleopatra/Antony and Cleopatra (Enrico Guazzoni, 1913). The film, which still exists today, is an adaptation of William Shakespeare's play of the same title, with inspiration also drawn from a poem by Pietro Cossa. 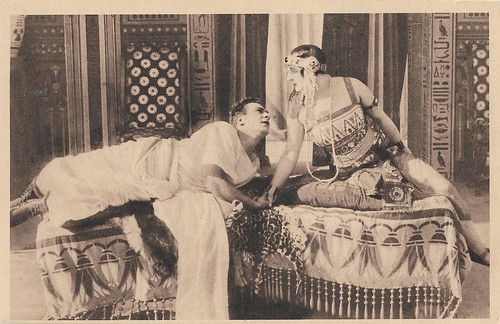 German postcard by B.K.W.I., no. 32. Photo: Cines. Amleto Novelli as Marc Anthony and Gianna Terribili Gonzales as Cleopatra in Marcantonio e Cleopatra/Antony and Cleopatra (Enrico Guazzoni, 1914). The film was launched in Germany as Die Herrin des Nils, Antonius und Kleopatra and in the USA as Mark Antony and Cleopatra. 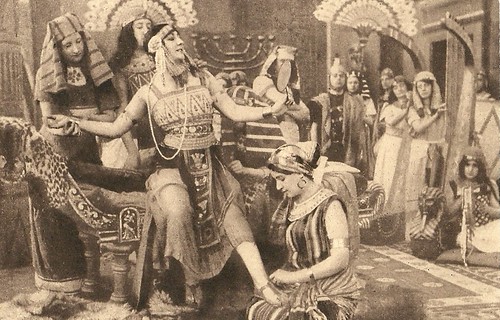 
Gianna Terribili Gonzales left Cines in April 1914 to launch her own company Terribili, later called Eletta Film. She became manager of it, but the company closed down without making any film. In 1915 she tried again with the company Aurora Film, resulting in three modest films, directed by Umberto Morteo.

In 1918 she starred in Malacarne by actor-director Dillo Lombardi, and in 1919 she co-acted with Pepa Bonafé in the Medusa production Incantesimo (Ugo Gracci, 1919) which was well received by the Italian press. In 1920 she did one film at the Paris company of Naples, while at Gladiator Film she did various dramas, including the ‘policier’ L’assassinio del Jokey (Gian Paolo Rosmino, 1920) and the melodrama Il canto di Circe (Giuseppe De Liguoro, 1920).

Afterward, Terribili was considered too old to play the young lover anymore and had to satisfy with parts like the noble mother. She returned to Cines, where she had her last part as the protagonist in L’eredità di Caino (Giuseppe Maria Viti, 1921), opposite Achille Vitti, but afterward, she became a supporting actress to divas at Cines, Caesar and Guazzoni Film.

Her last part was that of a Danish princess in Augusto Genina’s comedy L’ultimo Lord/The Last Lord (Augusto Genina, 1926), starring Carmen Boni. Gianna Terribili Gonzales played in a total of almost fifty films between 1911 and 1925. After retiring from the cinema she married and had five children. In 1940, she died at the age of 58 in Rome. 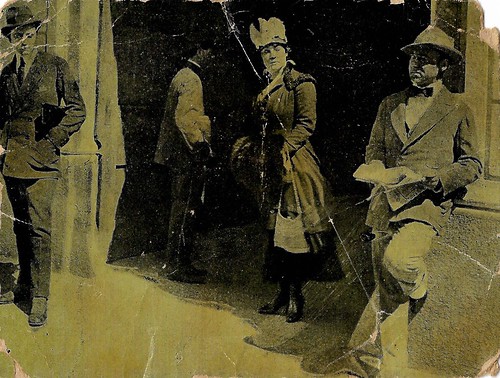 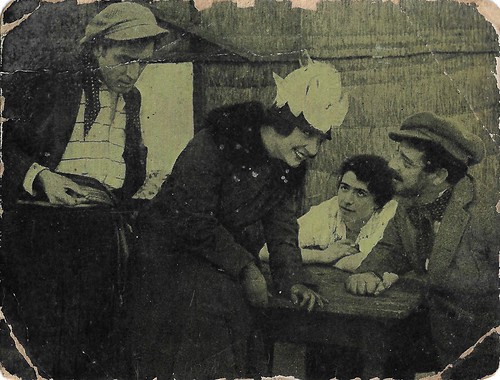 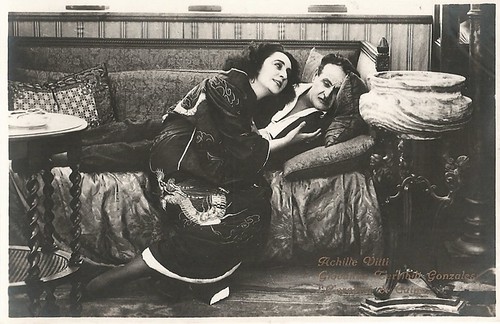 Italian postcard by G.B. Falci, Milano. Photo: Cines. Gianna Terribili Gonzales and Achille Vitti in L'eredità di Caino (Giuseppe Maria Viti, 1921). In addition to these two, also Nerio Bernardi and Elena Sangro were part of the main cast. The film premiered at the Teatro-Cinema del Corso in Rome on 13 March 1922.